By Brian Warner on November 11, 2019 in Articles › Billionaire News

Below is a list of every known historical figure who has had a net worth greater than $100 billion. We say "known historical figure" because there's always a chance that there's some under-the-radar figure like Vladimir Putin or Muammar Gaddafi who secretly stashed away $100 billion or more. In fact, some estimate that Vladimir Putin controls a $200 billion fortune right this very minute. But it's technically unproven. 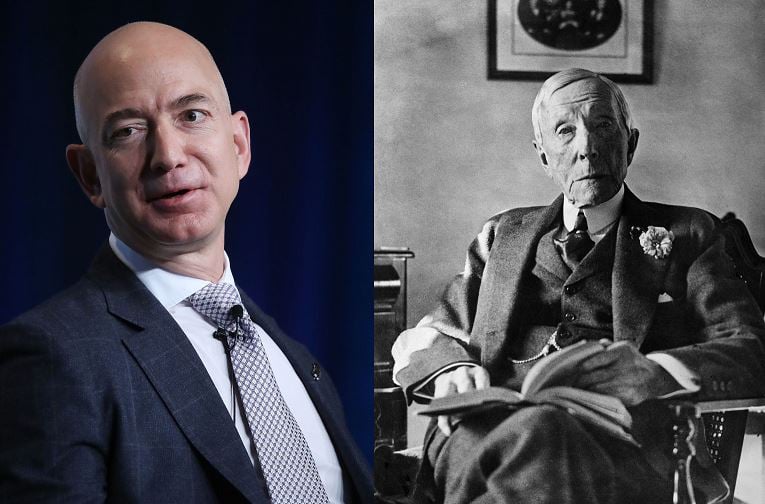 Jeff's net worth topped $170 billion in September 2018. His fortune was cut by more than $35 billion when he and ex-wife Mackenzie finalized their divorce.

Nikolai Alexandrovich Romanov, also known as Tsar Nicholas II of Russia, ruled the Russian empire from 1894 to 1917 when Bolshevik revolutionists overthrew and murdered him and his family. In 1916, Tsar Nicholas II's net worth was nearly $900 million which is the inflation adjusted equivalent to $300 billion in 2012 dollars. With $300 billion makes him the fifth richest person in history and since the Russian Orthodox canonized him, he is the richest saint in human history.