On Monday, March 2, shares of Twitter soared after it was revealed that Paul Singer, the founder of investment management firm Elliott Management bought a $1 billion stake in the social media company. Why? He wants to force CEO Jack Dorsey out of the company. Singer isn't wasting any time in getting started with making changes at Twitter. He's already nominated four new directors, including two people from his Manhattan-based hedge fund. What's Singer's beef with Dorsey?

Well, the word on the street is that Singer doesn't like the fact that Dorsey is CEO of both Twitter and Square. His issue is with Dorsey dividing his time between the two technology companies. Singer thinks that Dorsey should be giving his undivided attention to Twitter, especially in light of the upcoming 2020 presidential election and Twitter's role in disseminating news and information about that and other global news events. It should be noted for full disclosure that Singer is a big Republican donor and pal of President Trump. 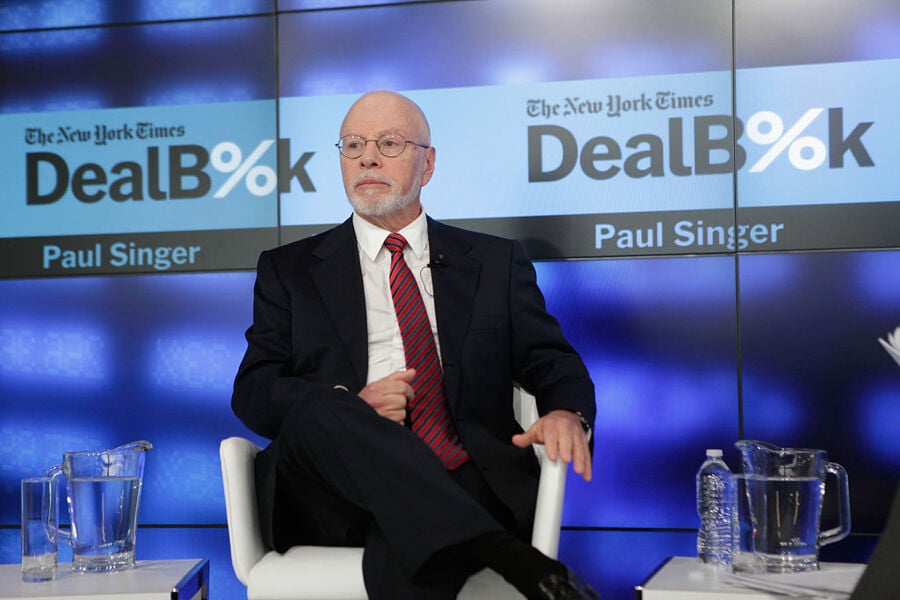 Singer founded his hedge fund, Elliott Associates L.P., in 1977 with $1.3 million in seed capital from friends and family. He has been called a vulture capitalist because he specializes in distressed debt acquisition. Today's Elliot Management Corporation oversees Elliot Associates and Elliot International Limited, which together have more than $21 billion in assets under management. As for the Paul E. Singer Family Foundation, its main aim is to support charitable projects, like the Harvard Graduate School of Education Singer Prize for Excellence in Secondary Teaching and VH1 Save The Music Foundation, among many others. A loud supporter of gay rights, he gave $425 thousand of his own money along with $500 thousand raised money to support the drive for the legalization of gay marriage in New York.

Singer has not disclosed his feelings about the fact that Dorsey banned political ads on Twitter, however, other Republican pundits have criticized Dorsey for this. Singer's attempted coup sent Twitter shares soaring 7%, which is 3% more than they have in 2020 to date. This pushed the company's valuation up $1 billion to just over $28 billion.

While the stock market liked Singer's move, Twitter employees revolted against it and started a #WeBackJack campaign. Even Elon Musk joined in to voice his support for Dorsey.

Dorsey has not commented on  Paul Singer's attempted takeover, however, Twitter executives met with Singer and his representatives in San Francisco February 28. Dorsey was not present at the meeting.

Singer thinks Dorsey is distracted and has expressed concerns that he spends six months of the year in Africa and has been slow to launch new products on the platform. President Trump, who is an avid Twitter user, has also regularly bashed Twitter. He has accused it of political bias against conservatives and suggested that Twitter, along with Facebook and Google, has tried to rig the election. He has repeatedly threatened to investigate or regulate Twitter, Facebook, and Google.

Singer isn't the first shareholder to have voiced concerns over Dorsey's leadership. Since Dorsey returned to the CEO office in July 2015, Twitter's shares have tumbled by 6.2%. He had been at the helm of Twitter since 2006 but left in 2013. When he returned in 2015, his image had drastically changed from that of a polished CEO to a bearded leader who often wears hoodies.