When Microsoft co-founder Paul Allen died in October, he left behind a huge portfolio of real estate. From a Manhattan penthouse to a 4,000-acre retreat in Idaho to a mega-yacht, Allen had a home for any mood. He could stay in the city while in New York, Beverly Hills, or Portland. He could sail the seven seas aboard his yacht. He could take in water views in Hawaii and Mercer Island. He could be remote in Idaho and France.

Real estate agents who worked with Allen report that he valued his privacy. It didn't matter how far off the beaten path his estates were because he arrived by helicopter. In most cases, Allen didn't just buy a house, he created a compound by also buying adjacent properties. His Mercer Island, Washington property, for instance, is made up of 13 adjoining lots. There are eight homes on that property.

Allen's properties are in a living trust that he established in 1993. He had no spouse or descendants, so his sister Jody Allen and her children are his beneficiaries. Allen's real estate holdings are so rare and so valuable that Jody and her kids are likely to hold onto them. For instance, the Seattle Seahawks, which Allen owned, are in the Paul G. Allen Trust, of which Jody is the chairman and there are no plans to sell the franchise.

Let's take a look at the amazing properties owned by the late billionaire Paul Allen.

Paul Allen owned the NBA's Portland Trailblazers so he spent a fair amount of time in Portland attending games. He owned a two bedroom, two bathroom, 907 square food condo in the Fountain Plaza at the Koin Center in the heart of downtown Portland. Allen purchased the condo for $795,000 in 2017.

Allen bought Trees Ranch, a 2,066-acre property in southern Utah in 2013. The Trees Ranch is bordered on three sides by public lands. Zion National Park is to the north and east and the Canaan Mountain Wilderness and Bureau of Land Management are to the south. Allen bought the ranch for a bit under the $25 million list price.

Allen purchased this Silicon Valley property with his sister in 2013. They paid $27 million on a 22,005 square foot six bedroom, six bathroom house on a 1.97 acre lot. The house has a spa, a home theater, seven fireplaces, a five car garage, two bedroom guesthouse, pool, and caretaker's house.

Allen bought two properties near the small town of Tetonia on the Idaho side of the Tetons 80 miles from Jackson, Wyoming in 1993. One of the properties was 2,400 acres of land at the edge of the Targhee National Forest, which abuts Grand Teton National Park. Allen paid $7.25 million for the property. About 15 years later, Allen bought a 1,200 acre property for $3 million. The property included the Teton Ridge Ranch, a 10,000 square foot pine lodge. Before the Teton Ridge Ranch closed in 2007 it was considered one of the world's best luxury resorts with rooms going for $690 a night.

Allen bought a 10.3 acre compound on in Kailua Bay on the Big Island for $11 million in 1997. The property is near the Four Seasons Hualalai resort. In 2011 a concert pool, carport, and three new buildings were added including a 9,080 square foot house with five bedrooms and five bathrooms and a 2.968 square foot house with six bedrooms and five bathrooms. The property also includes a small harbor.

Allen purchased an 18 bedroom mansion in Cap Ferrat in the south of France in the 1990s. The mansion, called Villa Maryland, was the site of a pirate theme party Allen had during the 1996 Cannes Film Festival.

Allen bought the 387 acre Sperry Peninsula for $9 million in 1996. It had formerly been the site of a children's camp since 1945. Allen built a number of cedar and stone buildings, including his 13,000 square foot, five bedroom house, a 5,400 square foot nine bedroom bunkhouse, a 3,150 square foot beach house, another two bedroom 3,160 square foot house, a two bedroom, 1,24 square foot caretaker's cottage, and a swimming pool.

Allen owned eight houses on 10.8 acres of land on 13 lots on Mercer Island, the wealthy Seattle suburb along the banks of Lake Washington. Mercer Island has 24,000 residents and just one bridge to the mainland.

Estimated Value: Up to $130 million

Allen had the 400-foot Octopus Yacht built in 2003. It has eight decks and 12 guest cabins, a huge owner's suite, a music studio, a movie theater, a gym, basketball court, hair salon, library, dining room that seats 24, and an outdoor pool with a cabana bar. The yacht also has a helicopter and two submarines. 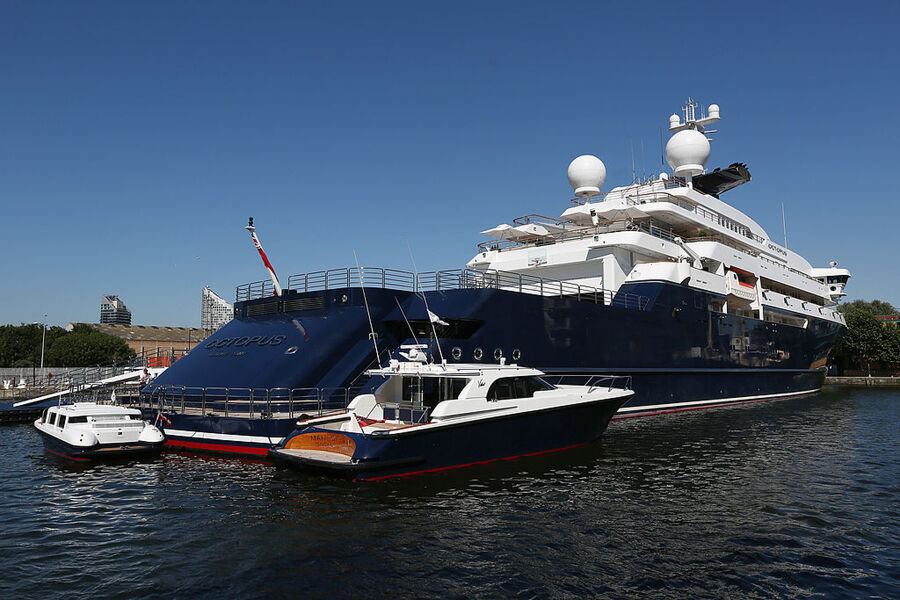 In 1997, Allen bought the 8,086 square foot home formerly owned by film director John Landis for close to $10 million. Before Landis, actor Rock Hudson lived there for two decades. A few months later, Allen also bought a nearby 120-acre piece of land on top of Benedict Canyon for $19.5 million. The property, called Enchanted Hill, had a 10,000 square foot, 20 room Wallace Neff designed mansion built in the 1920s. Allen tore it down. Enchanted Hill was put on the market in the months before Allen died. It is listed for $150 million. 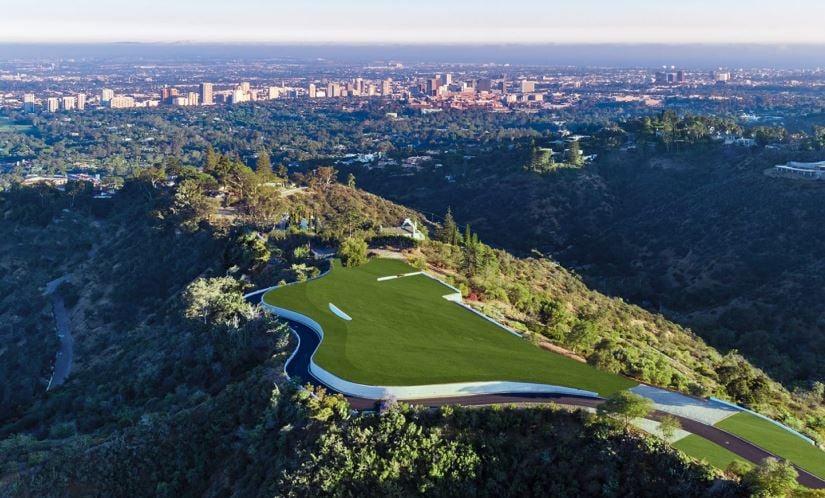 Paul Allen's Beverly Hills Estate via Hilton & Hyland
Did we make a mistake?
Submit a correction suggestion and help us fix it!
Submit a Correction