By Joseph Gibson on February 22, 2019 in Articles › Billionaire News

A human trafficking probe in Florida has caught Robert Kraft, the multi-billionaire owner of the New England Patriots, in its net, and now Kraft is facing two counts of soliciting prostitution. Robert's problems don't stop there. According to authorities there is video footage of 77-year-old Kraft committing this particular crime.

At a press conference in Jupiter, Florida, near where the police sting took place, police identified Kraft as one of the more than 24 people being charged:

"He is one of the individuals. That would be Mr. Robert Kraft…He is being charged with the same offense as the others, and that is soliciting another to commit prostitution…We're as equally stunned as anyone else."

The charges come with some potential embarrassment in the political field as well, leading some to draw a connection between Kraft's friend and associate President Trump and his recent support of four anti-"human trafficking" bills in the Oval Office. However, the charges against Kraft are mere misdemeanors and not directly related to any human trafficking ones. 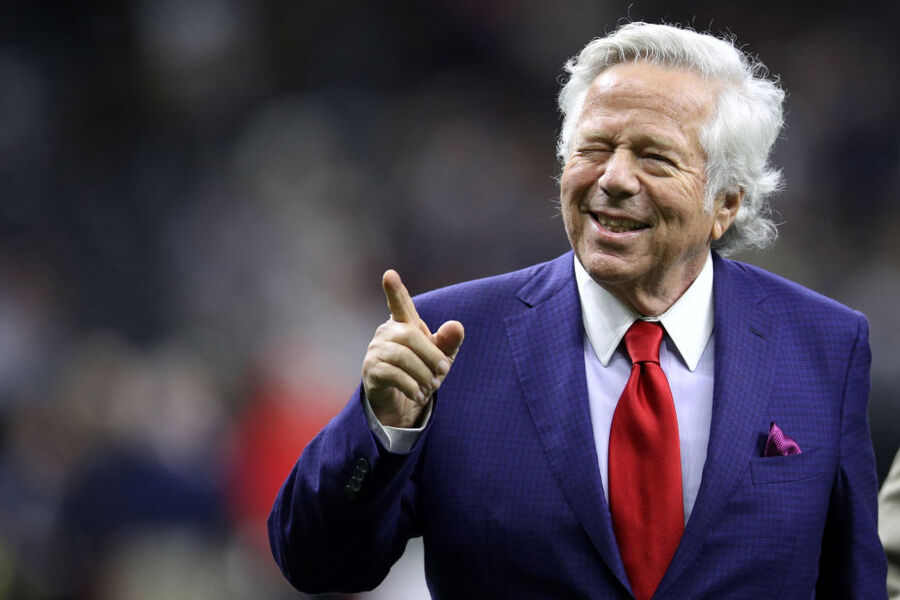 Police also said that according to surveillance video footage as well as witness testimony, he appeared to have been a "regular" at Jupiter's "Orchids of Asia Day Spa" in which women were being held in "sexual servitude" and not allowed to leave. Many of these women, according to police, are from China, and rates for "sexual services" at the spa went from $59 for 30 minutes to $79 for 60 minutes.

A spokesman for Kraft released a statement denying he has committed any crime:

"We categorically deny that Mr. Kraft engaged in any illegal activity. Because it is a judicial matter, we will not be commenting further."

Kraft was not currently in custody at the point of the press conference, but police said that a warrant for his arrest would be issued soon.