By Brian Warner on October 5, 2021 in Articles › Billionaire News

One of my favorite little-known facts about King Abdullah II of Jordan is that he's obsessed with Star Trek. Like, extremely obsessed. American diplomats were aware of his obsession when he visited America back in 1996. This was three years before he became King of one of the most geographically significant countries in the world. For your information, Jordan isn't exactly gushing with oil like Saudi Arabia, Qatar or Bahrain. Jordan – which is roughly the size of Idaho – is one of the west's most important allies thanks to the fact that it's friendly to western countries, passionate about defeating terrorists and literally a squeezed between Israel and Saudi Arabia on one border and Israel and Iraq on another border.

Seeking to impress their visitor, American advisors told the Crown Prince that he would be able to tour the set of "Star Trek: Voyager" which was then filming its second season.

And that was just the beginning of the surprise. The diplomats actually arranged for the show's producers to carve out a quick on-screen speaking role for the Great Grandson of the founder of modern Jordan. When he arrived on set he was given a uniform and some lines to memorize.

Abdullah's cameo takes place in the opening scene of Season 2, episode 20, "Investigations." Unfortunately his speaking parts had to be cut from the final version because Abdullah is not a part of the Screen Actor's Guild. Sorry! No union rule exceptions even for visiting Crown Princes. Here a photo of the then 34-year-old Crown Prince in his sole IMDB acting credit: 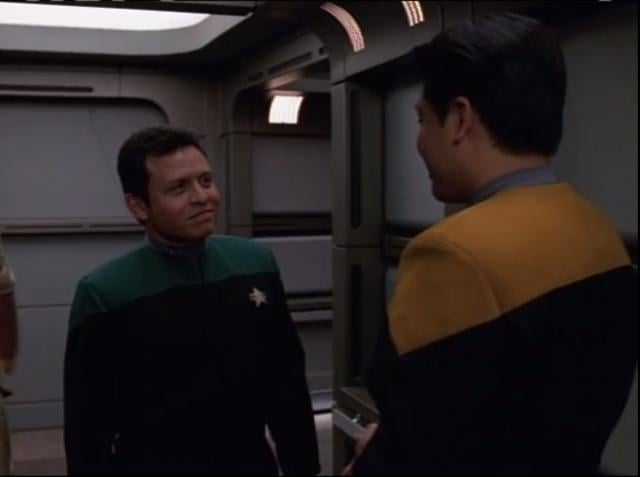 The King's Star Trek cameo has absolutely nothing with the following article. I just can't think or talk about Abdullah without remembering that anecdote.

Today we are talking about King Abdullah thanks to the so-called "Pandora Papers." The Pandora Papers are a leak of 12 million files from 14 international financial firms that have handled transactions for some of the world's wealthiest people.

Yesterday, we broke down how the Pandora Papers revealed that an alleged girlfriend/baby momma of Vladimir Putin has reportedly amassed $100 million worth of assets over the last 20 years. Her assets are said to include a multi-million dollar apartment in Monaco and ownership stakes in a major bank and luxury ski resort.

Just to be clear: None of the King's American real estate purchases appear to be any way illegal or improper. As King of Jordan, Abdullah is rich. Extremely rich. At a minimum we estimate his net worth to be $750 million.

According to the leaked documents, between 2012 and 2014 Abdullah paid a combined total of $16 million for four apartments in the Georgetown neighborhood of Washington DC. At the time, his son, Crown Prince Hussein, was attending Georgetown University. Between 2005 and 2011 he bought five luxury properties in and around London.

But his most indulgent purchases occurred over in California.

According to the leaked documents, between 2014 and 2017 the King allegedly spent $70 million to buy three side-by-side mansion in Malibu. He bought the first property in 2014 using a shell company called Nabisco Holdings. The purchase price was $33.5 million. He then used two different shell companies (all three are based in the British Virgin Islands) to buy the homes next door. In 2015 he paid $12.5 million for the second, and in 2017 he paid $23 million for the third.

I found three homes in a drone video that was filmed about the area, which is known as Point Dume. This video was filmed in 2015 I queued the video up to the 3:23 mark. Abdullah reportedly owns the three mansions you see closest to the undeveloped bluff:

In the six years since the above video was filmed, Abdullah appears to have razed the mansion that sits closest to the bluff and replaced with a modern new structure. I think the other two mansions remain in roughly the same shape from when he bought them.

The video below from the Washington Post today has a quick drone shot of how the area looks today. I queued the video to the 5:51 mark:

In response to the Pandora Papers revelations, a Jordanian official released the following statement:

"It is no secret that His Majesty owns a number of apartments and residences in the United States and the United Kingdom. This is not unusual nor improper. His Majesty uses these properties during official visits and hosts officials and foreign dignitaries there. The King and his family members also stay in some of these properties during private visits…. Any allegations that link these private properties to public funds or assistance are baseless and deliberate attempts to distort facts… All public finances and international assistance are subject to professional audits, and their allocations are fully accounted for by the government and donor entities."