There's a lot of buzz on Wall Street about the upcoming IPO of Palantir, the controversial big-data company. Palantir, in case you didn't know, makes software to analyze, manage, and secure data. The CIA is a client of Palantir's. During its last funding round in 2015, the company was valued at $20 billion. Since then, the company's valuation has dropped off sharply. However, it is believed that Palantir will be not just the biggest tech IPO of the year, but the biggest IPO, period. In a year where nothing is normal, seeing a tech unicorn prepare to go public, feels oddly reassuring. At the helm of the IPO (and company) is Alex Karp.

Karp joined Palantir as CEO in 2004. He's an eccentric leader – even among a throng of eccentric startup CEOs in Silicon Valley. He was born in Philadelphia in 1967. His parents were an artist and a pediatrician. His parents were also hippies and took him to anti-Reagan protests and labor rights demonstrations when he was a kid. He graduated from Philadelphia's Central High School, the second-oldest continuously-used public high school in the United States. From there he went on to nearby Haverford College for his bachelor's degree. He went to law school at Stanford. One of his classmates was Peter Thiel. After graduating from law school, Karp headed to Frankfurt Germany to study philosophy at Goethe University. While he was working on his Ph.D., he received an inheritance from his grandfather. He became interested in investing and founded a London-based investment firm called Caedmon Group. 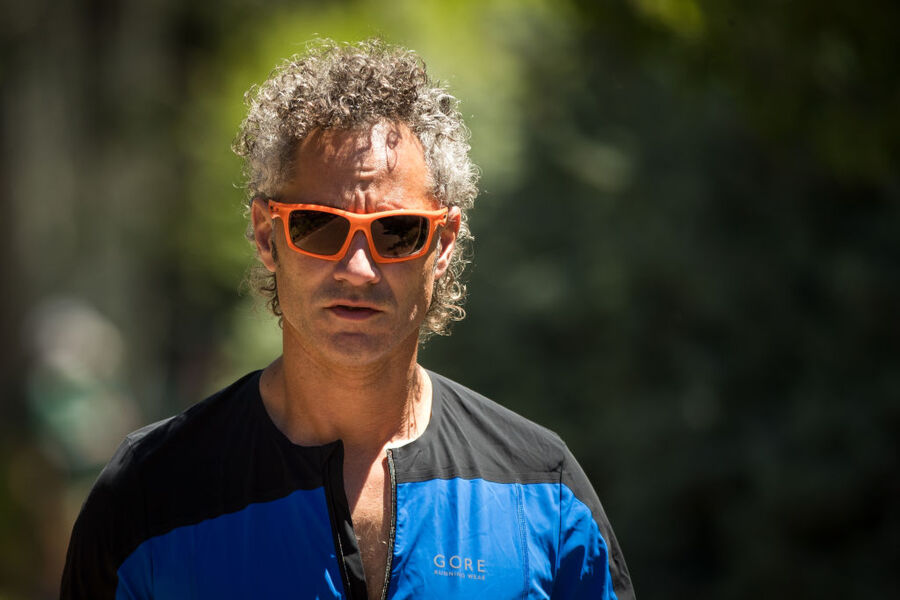 He moved back to the U.S. after he finished his Ph.D. He met up with his Stanford law school classmate Peter Thiel, who had already founded and sold PayPal. Karp shared his displeasure with how the U.S. government handled the 9/11 attacks with Thiel. Peter Thiel proposed an idea for software that could uncover terror networks. The two founded Palantir in 2004 with a $30 million investment from Thiel as well as investments from two other donors. The name Palantir comes from an item in "The Lord of the Rings" world.

Basically, Palantir applies technology to big data. The company quickly established itself as a contractor for a number of branches of the U.S. Government, military agencies, and law enforcement. A number of Palantir's employees have government security clearances and receive five-figure bonuses living close to the office. Palantir was under fire recently for making hundreds of millions of dollars from a contract with ICE. Protests are focusing on the company's part in helping the current president's administration kick people out of the U.S. based on racial profiling. In 2004, Karp joined Palantir as its co-founder and CEO.

Karp hired software engineers and scientists to work on his project. Eventually, he and Thiel made contact with In-Q-Tel, the non-profit venture capital arm of the Central Intelligence Agency. It wasn't long before Palantir had lucrative contracts with the CIA, ICE, the Pentagon, West Point, and a number of other government agencies. Karp has been dogged by death threats in recent years and travels with personal bodyguards 24/7.

Inside the Palantir offices, Karp is known for his brightly colored athleisure wear. He's been known to break out into martial arts moves – sometimes aimed at his co-founders – in the hallways of the office. Oh, and he can solve a Rubik's cube in less than 3 minutes. He is a fitness fanatic. He is an avid meditator. And, despite a net worth north of $1 billion, he doesn't spend like the typical tech founder. He has a home in Palo Alto, near Palantir's offices. He's never been married. He doesn't want kids. His whole life is focused on his company.