How Did The Owners Of The World Series Teams Earn Their Respective Fortunes?

The Kansas City Royals find themselves back in the World Series for the second straight year, while the New York Mets are back in the championship for the first time since 2000. They've both had incredible seasons, and the crafting of these teams to get to an elite level has been several years in the making.

Of course, any successful franchise starts at the top. An invested owner will generally lead to a solid general manager and front office, great coaching staff, and players who can perform well on the field. So, now that our World Series is set, let's meet the two owners, one of whom will be celebrating a championship in the coming days.

If you've stepped foot inside a Wal-Mart in the past couple of decades, you've likely seen some of the influence of David Glass, the Kansas City Royals owner. He was born on a farm in Oregon County, Missouri on September 2, 1935.

Glass joined Wal-Mart in 1976 as Executive Vice President of Finance for Wal-Mart Stores, and was soon promoted to Vice Chairman and Chief Financial Officer. For eight years, he oversaw financial and accounting responsibilities of the company before being named President and Wal-Mart's Chief Operating Officer. 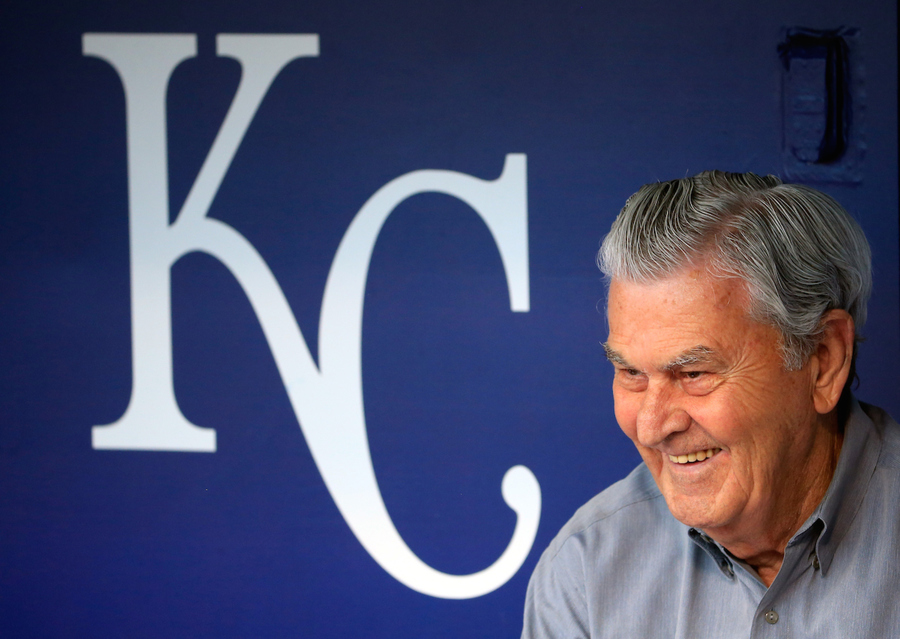 In 1985, Glass and fellow Wal-Mart pioneer Rob Walton developed and managed the company's Retail Link software program, which was proprietary to Wal-Mart and served as a way to forecast trends. In part because of that, Glass was named CEO in 1988, where he served until early 2000. Under his leadership, the company grew from 123 stores in 1976 to more than 4,000 all over the world by 2005.

Glass was named Retailer of the Year in 1986 and 1991 and elected to the Retail Hall of Fame in August of 2000, proving that they really do have a Hall of Fame for everything. He still contributes to Wal-Mart, sitting on the Board of Wal-Mart Stores since 1977.

Glass got involved with the Royals after founding owner Ewing Kauffman died in 1993. Glass became interim CEO and Chairman of the Board of Directors, and immediately cut payroll budget from $41 million to $19 million. In 1995, during the baseball strike, Glass was one of the biggest opponents of settling with the players' union unless a salary cap was put in place. It made sense, as Kansas City can hardly compete monetarily with bigger markets like New York, Boston and Chicago.

That salary cap never happened, but Glass became sole owner of the team in 2000, purchasing the organization for $96 million. Interestingly enough, Glass was not the highest bidder, but having worked with the Kaufmann estate for several years beforehand, he was the man for the job. Plus, the other bidder ended up not having enough net worth to withstand substantial losses, which certainly doesn't help your case if you're trying to buy a professional sports franchise.

In fact, no other credible bidder was even interested in making an offer for the Royals. It can be argued that Glass actually kept the team in Kansas City by purchasing them. The initial sale said all profits would go to charity, but that clause doesn't exist any more. And a good thing, too, the way the Royals have been playing lately!

While the team has seen success lately, making the World Series the last two years and finishing with a winning record the previous three, Glass has had a couple of different controversies surrounding his tenure as owner. Early on, after cutting costs within the organization, he was accused of using his Wal-Mart management style to turn the Royals from a perennial contender into one of the worst teams in the league. Then in 2006, he revoked the press credentials of two reporters who asked tough questions to Royals management. Fun fact: abusing the media with your position of power won't generate a lot of positive media coverage. Who knew?

Of course, with a World Series win, all will be forgiven. The Royals had the best record in the American League this year, and now they're just four wins away from their first title in 29 years.

On the other side of the field (or maybe press box), the Mets' Fred Wilpon was born on November 22, 1936 in Bensonhurst, Brooklyn. Wilpon actually played baseball growing up, pitching as a freshman in college before getting injured. After he graduated, he sold calculators, and his wife worked with Branch Rickey, the former president of the Brooklyn Dodgers. Always good to get in with some powerful people in baseball. 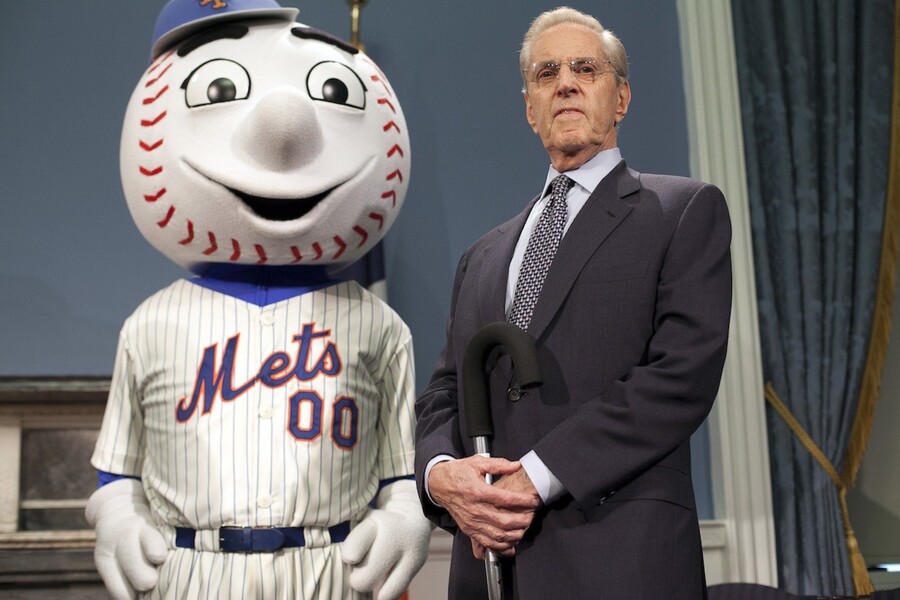 In 1972, Wilpon co-founded Sterling Equities, a commercial real estate development company. Together with his brother-in-law Saul Katz, they built a development of townhouses in a suburb of Westchester County. The pair looked to minimize their tax obligations, so they bought real estate in areas of the country that had favorable tax treatment. And without knowing it, they were buying property at the bottom of the market, which eventually led to big profits.

By 1980, Wilpon bought a stake in the Mets, snagging a whopping…one percent of the team. But he soon grabbed a bigger chunk, as in 1986 he partnered with Doubleday & Co. (the majority owners at the time) to purchase the Mets for $81 million, and becoming equal partners in the team. Finally, in 2002, Wilpon purchased the remaining 50% of the team for $391 million. Talk about interest!

From 1980 to 2002, Wilpon Served as president of the Mets. He's been CEO for 35 years, and has served as Chairman of the Board for the Mets since 2003, and also sits as Chairman of Sterling Equities.

One of Wilpon's biggest claims to fame is that he was a key investor in the Bernie Madoff scandal back in 2008. At first, he was reported to have lost $700 million, but in actuality, he made about $300 million. He was also involved in another Ponzi scheme, and has had to pay $175 million in various lawsuit settlements. Wilpon also utilized Madoff in running the Mets' finances, which not only covered team expenses, it led to multiple contracts with deferred money. This is one reason why Bobby Bonilla has the greatest contract in history.

Madoff has tried to defend Wilpon from prison, saying he "knew nothing," the Mets' financial situation has not been great since. Major League Baseball loaned the team $25 million in November 2010 to help with their finances, and Wilpon took another loan in 2011, this time from Bank of America for $40 million. Those loans were paid in 2012, when Wilpon and Katz sold a minority interest in the team.

Then, this past August, the duo refinanced about $700 million of the debt owed by the team and SportsNet New York. Wilpon's Sterling Equities owns 65 percent of SNY and 60 percent of the Mets. It's not known if Sterling can take any cash out of its investment, but a World Series win would definitely help with finances, at least until next season.

Either way, it's going to be a great World Series. Let's play ball!