Overstock.com CEO Is Doing Some Crazy Things With Gold To Prepare His Company And Employees For The Apocalypse

By Amy Lamare on January 20, 2016 in Articles › Billionaire News

Some companies encourage you to plan for retirement by offering a 401k. Great companies will match your funds. However, one company is taking planning for the future quite seriously – apocalyptically seriously. If you are a doomsday believer it is time to brush off your resume and get a job at Overstock.com because the company is prepared to take care of you and your family even after the fall of modern society.

Overstock's CEO Patrick Byrne believes that the next few years hold a 10 to 20% chance of a financial collapse. So he did what any reasonable, rational businessman would do. He stashed away $10 million in gold and silver as well as a few thousand emergency prep kits. These kits have enough food rations to feed his 2,000 employees and their families for 30 to 60 days.

But make no mistake, Byrne does not consider himself a doomsday prepper. He's clear on the fact that sure, he has gold and food, but he most certainly does not have any guns or ammo. He isn't looking to defend his terrain – he's looking to fund it. If the financial system fails and the Internet shuts down and people have no access to credit or debit cards, Byrne can continue to pay his employees and make sure their families can eat. 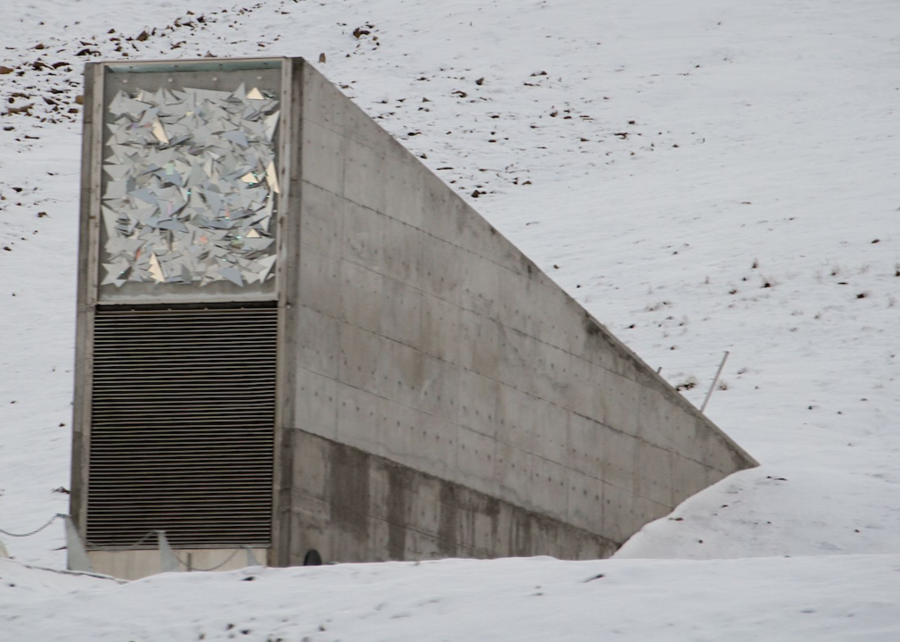 You may be wondering just WHERE one would hide $10 million in gold and silver. You are not alone. Overstock is based in Salt Lake City, Utah, home to some massive mountains. Byrne claims his stash is hidden in one of the legendary storage bunkers that are built into Utah's Granite Mountain. Rumor has it that these bunkers secure enough to withstand a nuclear attack.

Overstock.com is a $1.5 billion online retailer that sells discounted home goods. The 53-year-old CEO is a charismatic figure who has often clashed with traditional Wall Street banks over his penchant for short selling. Byrne also installed a Bitcoin ATM at Overstock's headquarters. Byrne is a big believer in this emerging alternative currency. Byrne holds 26.5% of the Overstock's shares, making him the company's largest shareholder.

Byrne has a firm belief that the U.S. economy is more fragile than it appears. He has stated that the economy has been artificially strengthened by zero percent interest rates. He cites the poor quality of jobs created since the Great Recession as well as massive government debt as evidence. Basically, with a zero percent interest rate, the U.S. is sending a message that zero is how much the country can afford to pay. Byrne's belief is that once the economy begins to unravel, chaos will take over quickly.

If this mad scientist type plan is causing you to scratch your head in befuddlement, you are not alone. Critics of Byrne are quick to point out some of his other projects–such as a $100 million new headquarters for Overstock built to resemble the Roman Coliseum as well as look like a peace symbol from the air. Byrne also spent more than $8 million in 2015 attempting to create a stock exchange for Bitcoin. While all of this has been happening, Overstock has been losing money. For the third quarter of 2015, the company was $2.1 million in the red on sales of $391 million. That is Overstock's first quarterly loss in four years.

Byrnes' preparations for the apocalypse have nothing to do with the Mormon Church, which, of course, wields a lot of power and influence in the state of Utah. Byrne is a "good Catholic boy" from Vermont.  He claims to be a Buddhist these days. And that is why he wants Overstock to be a safe place for his employees and their families.

For what it is worth, Overstock.com is hiring for a number of positions in Salt Lake City.