Oprah Winfrey is STILL everywhere, even a decade after her enormously popular syndicated talk show went off the air. Most recently, of course, she landed the interview with Prince Harry and Meghan Markle to talk about their exit from the royal family, move to California, experiences while in London, and it was one of the highest-rated programs of the year. Pretty much everything she touches turns to gold. That's not to say that she doesn't work hard for her success – no one works harder than Oprah. And I don't think a lot of us realized how much we missed Oprah and her style of interviewing until the Prince Harry and Meghan Markle interview. She's part confidante, part girlfriend, part guidance counselor, and part detective. She is a master at what she does. Oprah makes anywhere from $75 million to $300 million each year, which has given her an amazing net worth of $3.5 billion. What is even more amazing and inspirational about Oprah is that she is 100% self-made. She literally rose from rags to riches. 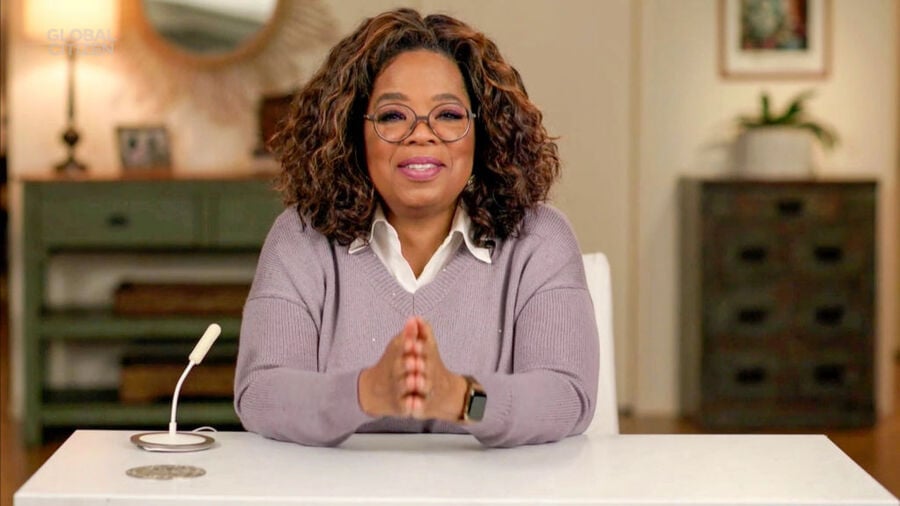 Oprah Winfrey was born on January 29, 1954, in rural Mississippi. Her mom, Vernita Lee, was a teenaged single mother. Oprah lived with her grandmother on her farm. They were so poor that Oprah had to wear potato sacks as dresses. When Oprah was six, her grandmother became ill and she went to live in Milwaukee with her mother and half-sister in a boarding house. They lived on welfare and her mother's wages from cleaning houses. A year later, Oprah was sent to live with her father and stepmother in Nashville. When she completed third grade she went to spend the summer with her mom. She chose to stay there when school started in the fall. When she was nine, her 19-year-old cousin was babysitting her and he raped her. A number of years later, her uncle sexually abused her. Then a family friend molested her. Oprah ran away from home. She went to live with her father and in his strict household, she began to thrive again. She was an honor student, on the debate team, was voted Most Popular. She won the Miss Black Tennessee pageant when she was 17.

Oprah got a job as a part-time news correspondent at the local black radio station in her senior year of high school. She kept that job for three years until she left college to go after a career in media. She moved to Chicago in 1983 to host the morning talk show AM Chicago on WLS-TV and was an immediate hit. Her first airdate was January 2, 1984. Within a few months, she had brought the show's ratings from the last place to the highest-rated talk show in Chicago. In September 1986, the show expanded to a full hour, renamed "The Oprah Winfrey Show," broadcast nationally, and syndicated. Oprah Winfrey had finally made it. We all know what happened next: Oprah basically took over the world.

At the peak of "The Oprah Winfrey Show," she made $300 million per year. She also made millions off the shows she produced for Rachel Ray, Dr. Phil, and Nate Berkus. In 2011, she launched the television network OWN: Oprah Winfrey Network. It took her three years to really build the network into a successful outlet, but with her tenacity, she stayed the course and did it. In 2015, Oprah Winfrey made a big investment in Weight Watchers. Her investment in the weight loss program gained 617% over the first 25 months.

There's a reason everything she touches turns to gold. She knows that success doesn't happen overnight – it takes time. She is well versed in the art of self-promotion. Her entire brand is built around Oprah being Oprah (And YOU get a car! And YOU get a car!). In doing this, Oprah has kept her brand and its message very consistent.

Next, Oprah can school us in the art of the deal. She's always been good at making deals. She became a billionaire by negotiating the ownership of the "Oprah Winfrey Show" as well as a stake in the show's distributor. When Weight Watchers approached her about becoming a spokeswoman, she also bought stock in the company.

Next up for Oprah, her show "Super Soul" is moving from her OWN network to the new Discovery+ streaming service. "Super Soul" offers viewers insights into living one's best life. A regular segment on the show is Oprah's Soul Series, in which she gets into in-depth conversations with some of the biggest spiritual thinkers of our time.

After the Prince Harry and Meghan Markle interview, many people called for her to interview Britney Spears next. Only time will tell if that will come to fruition. Oprah is set to sit down for an in-depth interview with Priyanka Chopra next. She also recently interviewed HGTV star Chip Gaines about his struggles with becoming famous.

So yeah, Oprah Winfrey has a $3.5 billion net worth, and she worked her butt off for it.