One Of The Richest Families In America Owes Their Entire Fortune To… Hot Pockets.

By Brian Warner on August 18, 2021 in Articles › Billionaire News

Why am I talking about Hot Pockets?

A few weeks ago I was doing some research on the largest home in one of the wealthiest zip codes in America, the Orange County enclave of Newport Coast. Who was the person who could afford to pay $15 million for two undeveloped plots of land in Newport's most-expensive gated community and then proceed to build a White House-sized mansion on a hilltop overlooking the ocean?

Spoiler alert, that person is named Joe C. Wen. Joe made his money thanks to a company called Sakura Paper Inc., which makes high-end custom party invitations, place cards, menus, thank you cards, and save-the-dates. I kid you not. Yet another amazing example of a massive fortune made from a totally random business.

And that segues nicely into the actual article I ended up wanting to write. This article. 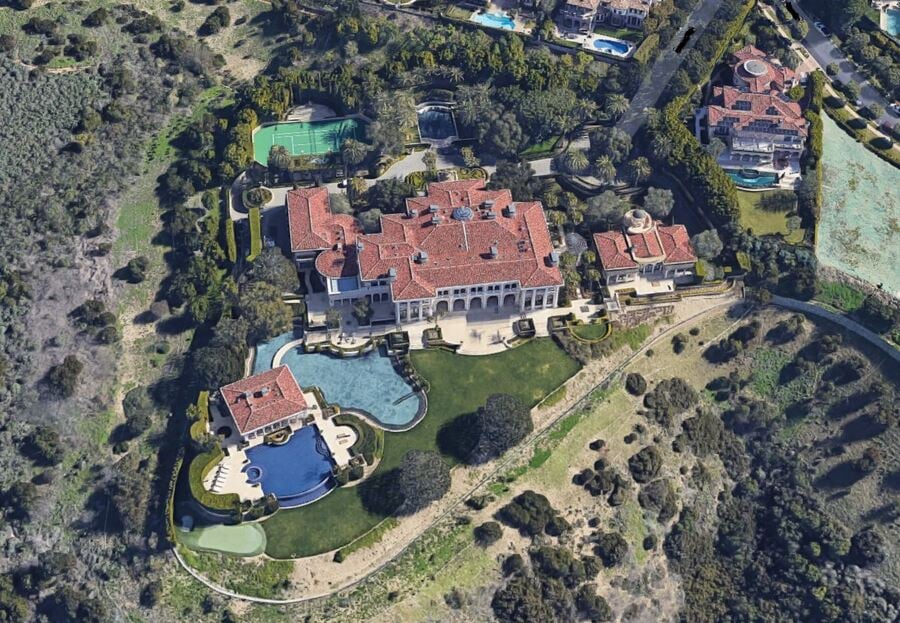 Paul Merage is a billionaire.

How did Paul Merage become a billionaire?

The Origins Of A Scorching Hot Fortune

Paul Merage was born to a Jewish family in Tehran, Iran in 1943. Just three years earlier his parents were living in France, where the father ran an antiques import/export business. As the Nazis approached France, the Merage parents made the wise decision to get on a boat and move to their native Tehran.

In the early 1960s Paul and his younger brother David moved to the United States to attend the University of California at Berkeley. Paul earned an undergraduate degree in economics, followed by an M.B.A. from the school and  then landed a job at General Foods. Paul spent nearly a decade working on specialty food products like Tang, Hostess desserts, and freeze-dried coffee. He eventually rose to the position of director of new products.

Younger brother David joined Paul in California in 1968. He enrolled at Sacramento State University where he graduated in 1971 with a degree in marketing. The year he graduated, Paul and David's parents joined them in California. David and their father began investing in real estate while Paul was toiling away at General Foods.

At some point in the early 1970s, the brothers were vacationing in Europe and had their first ever Belgian waffle. They instantly knew this larger-style waffle could be a huge hit back in America where the consuming public had only ever experienced thin Eggo-style waffles.

All they needed was their own company.

In 1974, Paul and David co-founded their own food company. They called the company Chef America, Inc. To get the company's first capital to launch, Paul took out THREE mortgages on his home. They quickly ran out of that money and the brothers were forced to ask for a loan from their parents.

They spent months testing and perfecting a recipe for frozen waffles. When they were ready, the brothers went door-to-door marketing their frozen Belgian waffles to coffee shops, supermarkets and restaurants.

Their instincts were right. Americans fell in love with Belgian waffles. By 1977 their little company was selling $12 million worth of waffles per year.

Believe it or not, in the early 1980s most American households did not have a microwave. It was Paul who correctly predicted microwaves would soon proliferate in American kitchens, opening up a world of new product category opportunities.

Paul and David decided Chef America should forget about breakfast and dinner as categories. Chef America already had breakfast covered with waffles, and the frozen dinner category already had a dozen dominant players like Swanson's.

1) Paul realized that as more women entered the workforce, they wouldn't be home to fix their kids an after school snack.

2) The snack they created needed to extremely easy for kids to make and eat on their own. The snack had to come fully-enclosed so no utensils were needed. He wanted a snack-able treat a kid could microwave in two minutes and eat holding nothing but a paper towel.

The end result of this brilliant chain of decisions? 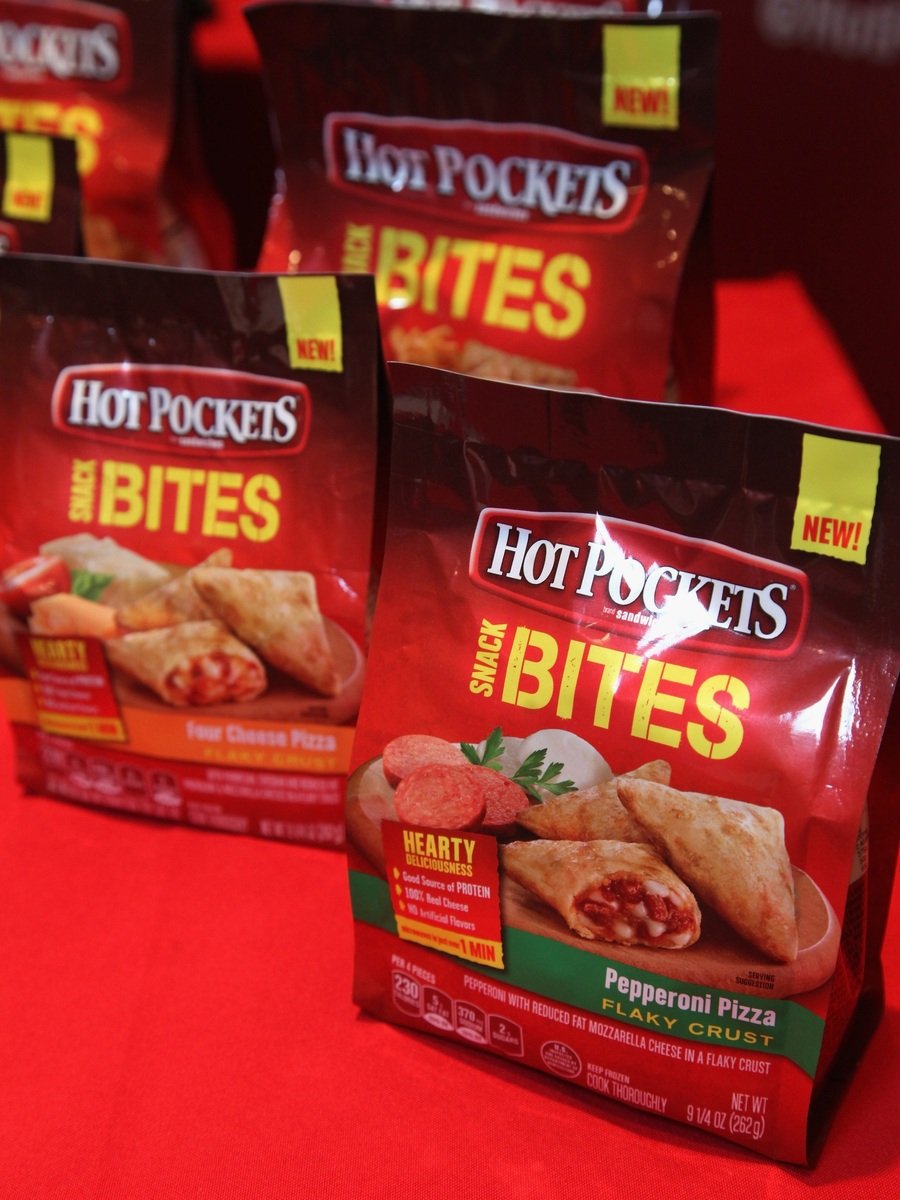 They didn't take off at first.

By 1985 Chef America was finally getting Hot Pockets stocked on shelves in supermarkets around the United States.

Over time sales started to take off. The company soon introduced over 30 flavors and variations, including Lean Pockets, Croissant Pockets and Breakfast Pockets.

In 2002, Chef America generated $750 million in revenue. That same year the brothers decided to sell the business to Nestle. The sale price?

After selling the company, Paul launched a private investment firm called the MIG Group. He brought his son and one of his brothers as co-founders. Today the MIG Group manages over $1 billion worth of assets, mostly commercial real estate but also some private equity venture capital investments.

David, who moved with the company to Denver years earlier, launched his own investment firm called the CIG Group. Similar to MIG, the CIG Group also invests in commercial real estate, capital markets and private equity. The CIG Group owns more than 25,000 apartment units in America, 10 million square feet of office space and 2,500 acres of residential land. The CIG Group manages more than $2 billion worth of assets.

Between the four brothers, the family is estimated to conservatively be worth more than $5 billion. That's enough to make them one of the richest families in America.

Outside of their investment firms, the brothers also dove head-first into philanthropy. Between the two brothers, they support more than a dozen family-led philanthropic foundations. Each of the 13 children born to the four brothers manages a separate foundation supported by the family.

The David and Laura Merage Foundation has donated tens of millions of dollars to charities in Colorado that focus on education and childhood development.

She pleaded guilty to paying college admissions coach Rick Singer $300,000 to get her daughters into to the University of Southern California. She paid $100,000 to have a proctor rig their ACT exam and she paid $200,000 to have one of the girls labeled as a fake volleyball recruit. The scheme was uncovered before the girls were actually admitted.

And all of that seems totally unnecessary. I'm pretty sure the daughters could have gotten into UC Irvine without even submitting grades… considering the business school is literally named after their grandpa! I guess UC Irvine wasn't prestigious enough?

In February 2020, Michelle was sentenced to five months in prison. She also has to serve two years of supervised release, pay a $250,000 fine and perform 200 hours of community service.

All that from Hot Pockets!