Oligarch Oleg Deripaska Sues The Treasury Department Over The U.S. Sanctions Against Him

Russian billionaire Oleg Deripaska is a friend and ally of Vladimir Putin. He is suing the Treasury Department and Secretary Steven Mnuchin in federal court, demanding that the U.S. sanctions against him be lifted on the grounds that they are illegal and damaged his finances and reputation. Deripaska is saying that the 2018 sanctions levied against a number of prominent Russian billionaires were "completely untethered" from "legal criteria."

Deripaska claims that his net worth has dropped $7.5 billion, or 81%, since he and a number of the companies he controls were sanctioned for what the U.S. Treasury called his support of "the Kremlin's global malign activities." Sanctions were lifted on three companies owned by Deripaska, however the sanctions against the man himself remain in place.

The U.S. leveled its most severe sanctions at Deripaska's metals conglomerate. Americans are banned from dealing with companies including United Co. Rusal. This move caused Deripaska's empire, the largest aluminum producer outside of China, to lose half its value in one day. 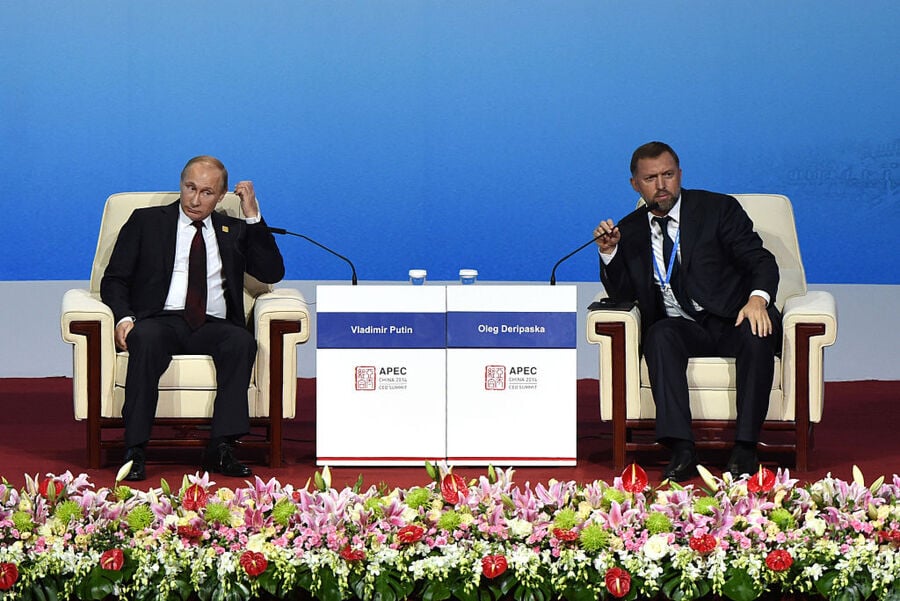 The sanctions bar Deripaska from participating in the economy of the global dollar. The impact of this was instant. International investors dumped stocks and bonds issues by Deripaska's companies and aluminum traders refused to buy metal from Rusal.

Oleg Deripaska led the consolidation of Russia's aluminum industry. He has always been the face of Russian metals across the globe. He spent decades cultivating the U.S. and other Western business circles and the sanctions immediately wiped all that out. He may be able to continue to do business in Russia, but he has been crippled elsewhere in the world by the sanctions.

Deripaska's Rusal now has the challenge of running an aluminum empire with customers like Toyota while being unable to do business in the Western financial system.

Deripaska faces some particular issues as one of the most controversial billionaire oligarchs with close ties to Vladimir Putin. His years climbing the ladder of the metals industry are filled with allegations that he ordered the murder of a businessman, bribed a government official, and has links to the Russian mafia.

Experts on the sanctions said it is not that unusual for individuals who have been sanctioned to sue the Treasury Department. The U.S. government almost always wins the case since the judiciary branch typically defers to the U.S. on issues of national security, which the Russian sanctions are considered to be.