Of The 607 American Billionaires, Only Five Are Black

By Amy Lamare on February 22, 2020 in Articles › Billionaire News

Obviously, it isn't easy for just anyone to become a billionaire. However, the unfortunate fact is that it is even harder if you're black. Of the 607 billionaires in the United States, only five are African American. This is just another example of the widening gap between the economic opportunities given to black and white Americans. Since 1992, the median wealth of black families has not grown by any real measurable amount, while the median net worth of white families has increased by more than $50,000. This isn't just a problem in the United States, either. Only 13 of the 2,153 billionaires across the globe are black.

Celebrity Net Worth first started tracking Jay-Z's net worth in September 2009. At that point, he was worth $300 million. Over the past decade, he's done a lot. He got married. Had kids. Released music and went on tour. Made some investments. He's come a long way since he dropped out of high school to be a drug dealer.

Jay-Z makes money from touring and albums of course, but he's also a verified business mogul with a portfolio of business that includes liquor, real estate, art, and stakes in companies, including Uber. He is hip hop's first billionaire and most of his money comes from ownership of Armand de Brignac champagne, his cognac partnership with Bacardi, investments, and his stake in the music streaming business Tidal

Michael Jordan is the highest-paid athlete of all time, but not because of his salary from the Chicago Bulls. Jordan didn't make as much playing basketball during his 15 seasons with the Chicago Bulls and Washington Wizards as he made off the court with endorsements. Over his NBA career, Jordan earned $93 million. Today he brings home more than $100 million a year from his endorsement deal with Nike alone. We'd all like to be like Mike and have a net worth of $1.9 billion. When it comes to the question of how Michael Jordan earned his net worth, the simple answer is Nike and the Hornets.

Today the Nike-owned Jordan brand accounts for about 50% of the basketball sneaker market and makes an average of $3 billion in revenue for Nike annually (give or take). In any given year, Michael earns $80 – $100 million off Nike royalties.

The Charlotte Hornets NBA team is far and away Jordan's biggest asset. He was a minority investor in the team starting in 2006 and took control of the team in 2010. Jordan's timing in buying majority control of the Hornets could not have been better. When he was approved for the deal in March 2010, the franchise was valued at $175 million. Since that time, NBA values have skyrocketed. He owns about 90% of the franchise, which was most recently valued at a minimum of $1.1 billion, including $150 million in debt. Jordan's stake in the Hornets is worth roughly $1 billion alone. 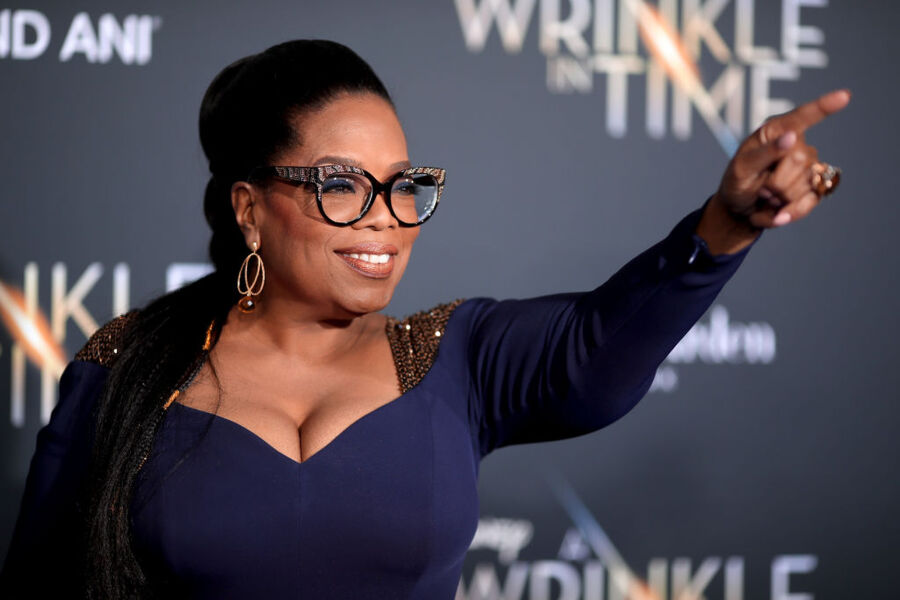 Oprah Winfrey is the Queen of all Media. She is a talk show host, actress, producer, pitchwoman, and philanthropist. Pretty much everything she touches turns to gold. That's not to say that she doesn't work hard for her success – no one works harder than Oprah. She is best known for her award-winning, beloved, nationally syndicated talk show, which ran from 1986 to 2011. She is one of the wealthiest African Americans of the 20th and 21st centuries. She is definitely the most generous black philanthropist in U.S. history. At one time, she was the world's only African American billionaire. She's got a cable network, her acting career, her magazine, the shows she produces, and let's not forget her lucrative endorsement deal with Weight Watchers, to name just a few of her income streams. Oprah makes anywhere from $75 million to $300 million each year, which has given her an amazing net worth of $3.5 billion. What is even more amazing and inspirational about Oprah is that she is 100% self-made.

In 1990, David Steward founded World Wide Technology, a technology service provider on a shoestring budget with seven employees. WWT focuses on telecommunications networks and enterprise-wide conversion services. The company provides planning, procurement, and deployment of IT products and solution selling. By 2003, WWT had revenues topping $1 billion. By 2010, revenue was more than $3.2 billion. Today, WWT has revenues of $9 billion and is one of the largest private companies in the U.S. Based in Missouri, WWT is the top U.S. reseller of Cisco solutions and second in the world. The company has more than 40 Fortune 100 companies as customers as well as several major federal purchasing contracts. WWT has more than 3,000 employees across 20 offices around the globe.

Robert F. Smith is the Founder, Chairman, and CEO of Vista Equity Partners LLC. Founded in 2000, today Vista Equity Partners controls more than $46 billion in assets and has delivered an average annual return north of 30% since its inception. Before launching Vista, Robert F. Smith worked for Goldman Sachs in the Mergers & Acquisitions division from 1994 to 2000. He worked for Kraft from 1986 to 1992. Smith graduated from Cornell University and Columbia Business School. He has been married to former Playboy model Hope Dworaczyk since 2015.

Smith is the first African American to sign the Giving Pledge. He is a major philanthropist who made big news in 2019 when he announced during the commencement speech at Morehouse College to pay off their collective $34 million in student loans. A few months later, he expanded that gift to include the parents of those students.