Of All The Russian Billionaires Hemorrhaging Wealth, Vagit Alekperov Puts Them All To Shame

By Brian Warner on March 3, 2022 in Articles › Billionaire News

I hope it goes without saying that we shouldn't feel an ounce of pity for a bunch of Russian billionaires whose net worths have decreased a bit. There are clearly much bigger human tragedies happening in the world right now. At the same time, the last two weeks have been extremely painful to the bank accounts of Russia's richest citizens.

That turned out to be just the tip of the iceberg.

When you take into account sanctions, the Ruble falling off a cliff, being cut off SWIFT and all the other global consequences lobbed in reaction to the invasion, as I type this article, Russia's richest citizens have shed $120 billion in personal wealth since mid-February. 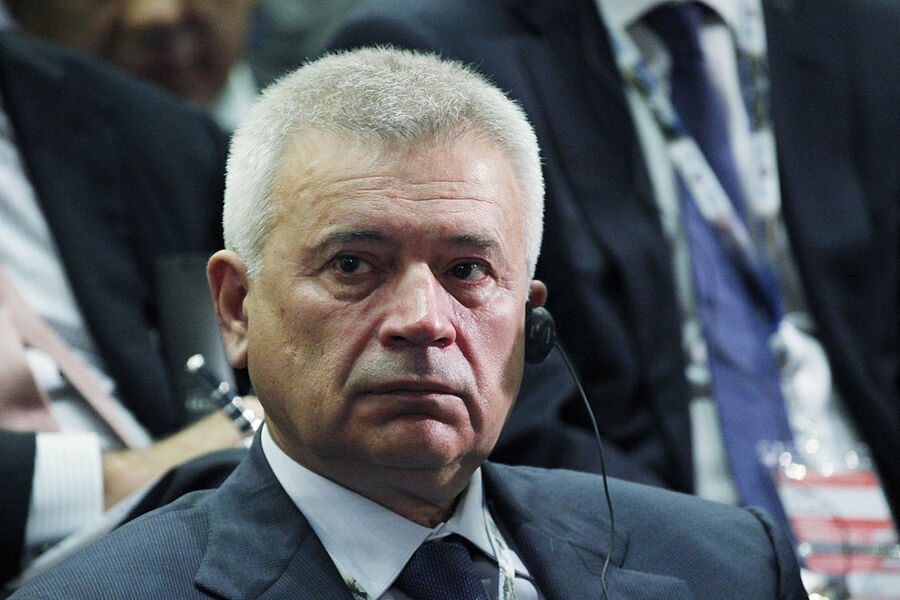 Vagit Alekperov is the founder of multinational energy corporation, LUKOIL. Vagit is very much a bottom to top success story. He rose from working on an oil rig in the Caspian sea to owning 20% of Russia's largest oil company.

As Vagit rang in the New Year at the end of 2021, his $21 billion net worth made him one of Russia's five richest citizens.

Here is a chart of LUKOIL's stock price over the last year: 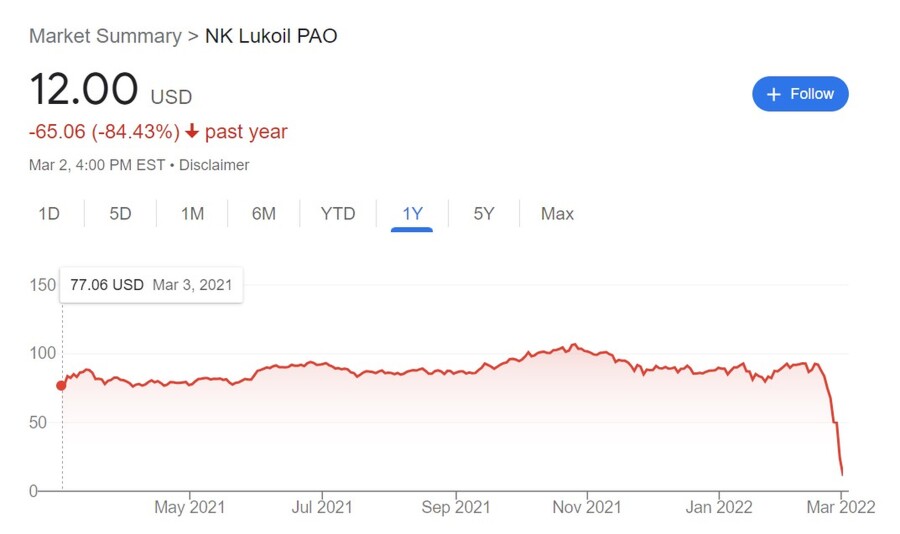 As the company's largest individual shareholder, Vagit's paper net worth has been severely impacted by that 84% drop.

Today Vagit is worth $5 billion.

Obviously that's still an enormous fortune but who is to say that this is the end of the pain? On Wednesday, the Newark City Council voted unanimously to rescind Lukoil's license to operate gasoline and convenience stores in city. What happens if more cities or even an entire country opts out of buying oil from LUKOIL? That would have seemed like a totally insane sentence two weeks ago, but today it's more than a small possibility.

As it turned out, the pain for LUKOIL was not over.

I'm writing an update to this article on Saturday morning, March 5. When I wrote this article on Thursday, LUKOIL stock was at $12. On Friday's trading LUKOIL dropped nearly in half again, closing the day at $6.99. 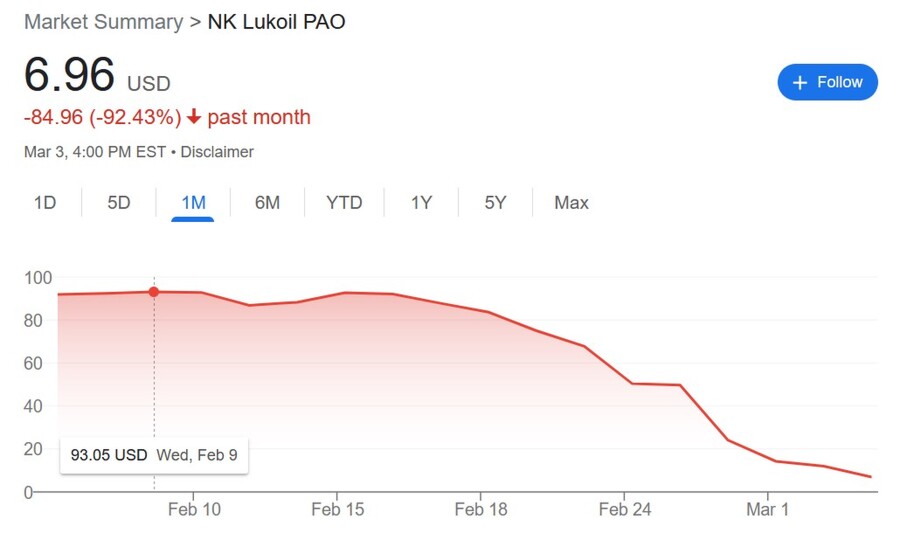 As you can see from the screenshot above, LUKOIL's stock is now down 92% in the last MONTH.

And perhaps not surprisingly, guess which company just took the extraordinary step of calling for the end of the war in Ukraine?

"The Board of Directors of LUKOIL expresses herewith its deepest concerns about the tragic events in Ukraine. Calling for the soonest termination of the armed conflict, we express our sincere empathy for all victims, who are affected by this tragedy. We strongly support a lasting ceasefire and a settlement of problems through serious negotiations and diplomacy."