Nutella is a favorite – almost a cult favorite. It has a fan base that's pretty devoted. Fans of the chocolate-hazelnut spread love it so much, they keep Nutella cafes and a Nutella-themed hotel in Napa Valley open. The man behind Nutella these days is 55-year-old Giovanni Ferrero, heir to the Nutella fortune. Over the past 70 years, the family chocolate shop has grown into a multi-billion dollar business that produces not just Nutella, but also Tic Tacs, Ferrero Rocher chocolates, Kinder, Baby Ruth, Butterfinger, and Crunch candy bars, as well as Keebler, Famous Amos, and Little Brownie Bakers cookies, to name just a few of the company's products. And while Nutella and other products from the family business may be everywhere, Giovanni Ferrero keeps a low profile. In fact, he keeps so private, the family's security measures have been compared to the ones NASA uses.

During World War II, rationing and embargoes eradicated Italy's supply of cocoa. As a result, all forms of chocolate were extremely difficult to obtain, and this certainly put a crimp in the company's production capabilities. In order to make his very limited supply of cocoa last, Giovanni's grandfather Pietro Ferrero began cutting his chocolate products with hazelnuts. (It's important to note here that hazelnuts have had a long history of being plentiful throughout the northwestern Italian region of Piedmont.) The resulting product turned out to be pretty tasty indeed. With a few minor adjustments, Pietro perfected the product we now know as Nutella. The early iterations had a texture and substance more like a loaf of bread, instead of what you would expect for something that today is often spread on that bread. Eventually, Pietro was able to manipulate the formula sufficiently to give his product a creamier texture. 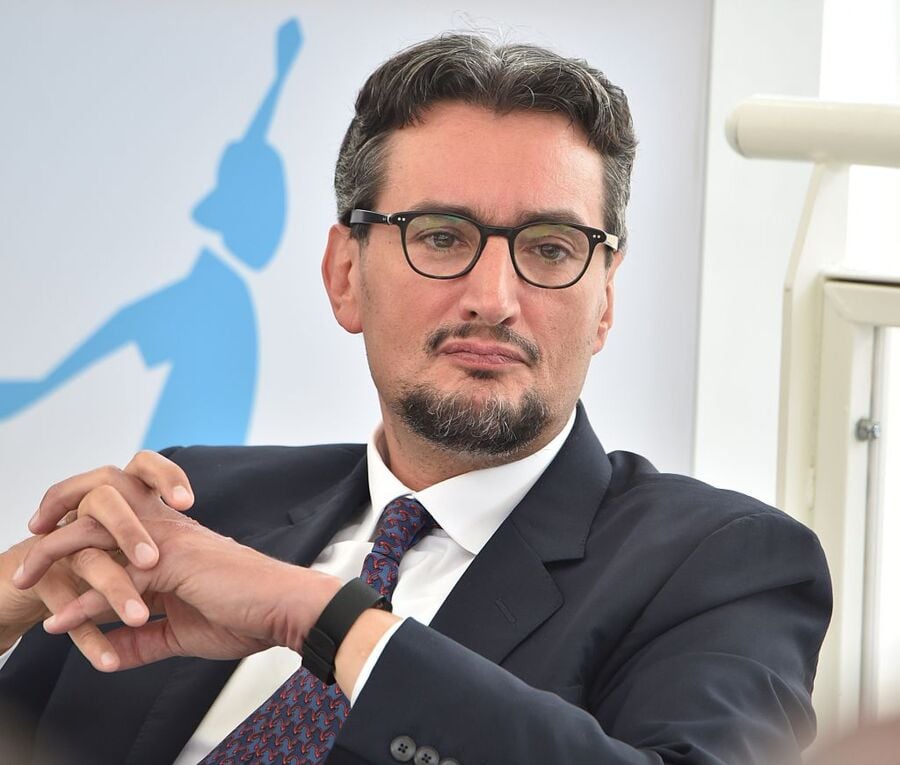 After local residents devoured his new creation, Pietro and his brother Giovanni launched Ferrero SpA. It wasn't long before the Ferrero brothers had transformed their tiny Northern Italy pastry shop into a confectionery factory. Giovanni built a sales network for Ferrero, and is credited with having established the company's wide global reach and distribution capabilities. Michele assumed control of the family's candy empire in 1949.

In 1963, Michele took his father's hazelnut chocolate cream and branded it under the name Nutella, throughout Europe. It was an instant success. A few years later, Ferrero launched the Kinder Chocolate line. Known as the "Kinder Surprise," each chocolate has a small toy inside of it. Under Michele Ferrero's leadership, Ferrero SpA introduced many new products and lines, including Ferrero Rocher, Mon Cheri, Tic Tac, and Pocket Coffee. Fast forward a few decades, and today Ferrero SpA is the world's fourth-largest chocolate maker, with more than 30 brands under its umbrella.

Giovanni Ferrero is the youngest son of  Pietro's son Michele Ferrero. He was born in Italy in April 1964 and attended the Belgian boarding school, the European School. He studied marketing in the U.S. at Lebanon Valley College in Annville, Pennsylvania. After graduation, Giovanni joined his father and brother Pietro in the family business. His first job in the family business was working for the Tic Tac brand in Belgium.

In 1997, Michele transferred operating control of the company to his two sons – they are aptly named Pietro and Giovanni. Pietro managed the day-to-day logistics of the company, as well as product development. Giovanni focused on the creative side of the business. In 2011, Giovanni was named sole CEO, after his brother Pietro died in a bicycle accident in South Africa, reportedly caused by a heart attack. Michele stayed on as executive chairman until his death in 2015, when the company was left solely to Giovanni, who became executive chairman at that time, in addition to the CEO role he already had. In 2017, Giovanni brought in Lapo Civiletti for the CEO role, the first non-family member to hold that position.

Since taking over the company, Giovanni has shaken up the business. He made the first acquisitions in company history. In 2015, the Ferrero Group bought a British chocolatier for $170 million. In 2018, it bought Nestle's U.S. candy business for $2.8 billion. In 2019, the company bought Kellogg's cookie business for $1.3 billion. When Giovanni's father was in charge, he focused on building in-house brands. His strategy and innovations are paying off. Ferrero added $9.63 billion to his net worth in 2019. He now has a net worth of $32 billion, making him richer than Elon Musk. Ferrero and his family are the sole owners of the Ferrero Group.

Giovanni isn't just all about the chocolate business. He also writes novels on the side. He's written eight novels, many of which are set in Africa. His most recent, Il cacciatore di luce (The Light Hunter) follows an African painter diagnosed with leukemia.

He is married to Paola Rossi, an official with the European Commission. The couple has two kids and lives in Brussels, Belgium.

Giovanni's Ferrero Group has more than 70 affiliated companies, with 15 production plants and 22,000 employees worldwide. For every 100 hazelnuts grown on earth, 15 of them will end up in a Ferrero product. Despite its size, the company and its owners are known for being very secretive and private people. They are so private in fact, they are rarely seen in public.