Nirav Modi is a jeweler whose designs have been worn by Hollywood and Bollywood stars. He's also a fugitive from the law in India due to his involvement in defrauding Punjab National Bank of $1.8 billion. Two bank employees were accused of initiating fraudulent loans to companies tied to billionaire jeweler Nirav Modi. It is believed that Modi used fake bank letters of understanding to get loans from Punjab National Bank. He's been on the run and seeking asylum in London for much of the past year. Now, UK police have arrested Modi in connection with his alleged involvement in the bank fraud in India.

Modi was arrested Tuesday on "behalf of the Indian authorities," according to a statement from London's Metropolitan Police. He appeared in front of a judge at the Westminster Magistrates' Court Wednesday, March 20th and was denied bail. He will remain in jail until at least March 29th. 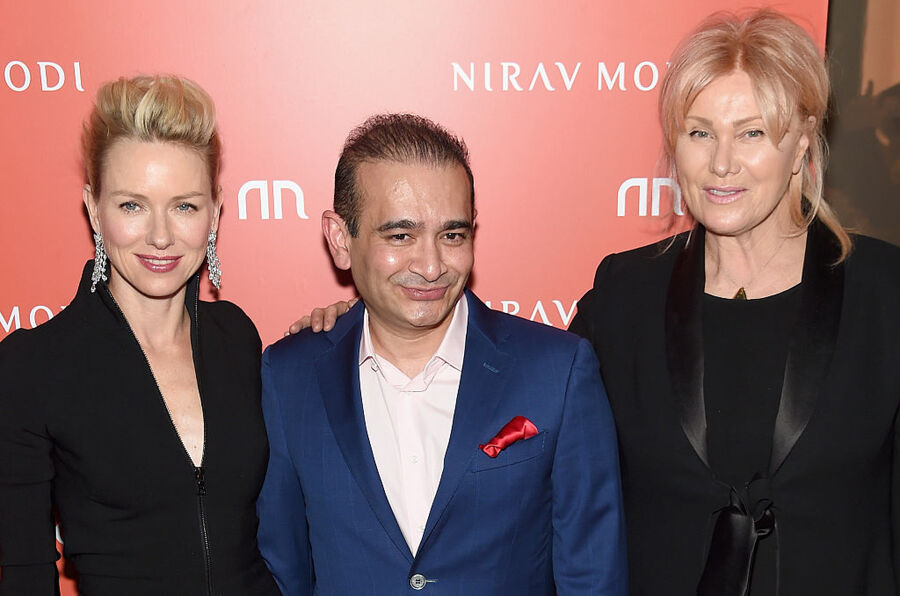 Punjab National Bank is one of the largest banks in India. It reported fraud at one of its branches more than a year ago. India then issued an Interpol Red Notice for Modi's arrest. Now that he has been arrested, India will begin extradition as soon as possible.

The large-scale scam began in 2011 and occurred at just one of the bank's branches in Mumbai.

Modi's stores in India have been closed, his bank accounts, cars, and other assets have been seized. Five executives at his company have been arrested. More than $850,000 worth of gold, diamonds, precious metals and stone jewelry were seized from Modi and his companies.

Before his arrest, there was a global manhunt underway to locate him.