By Amy Lamare on September 27, 2017 in Articles › Billionaire News

It is generally true that there are no bargains in Manhattan real estate. Except for right now. If you've got a spare $39.9 million laying around and are on the hunt for a new apartment, have we got a deal for you! A luxurious condo in the exclusive One 57 tower that sold for $51.9 million in 2014 has just hit the market for $39.9 million!

The condo belongs, or actually, we should say belonged, to Nigerian billionaire Kolawole "Kola" Aluko. Aluko is currently on the run from the authorities. Apartment 79 is listed as being sold by a MOTIVATED SELLER and the price is $11 million less than Aluko purchased it for three years ago.

A year after Aluko purchased the residence, he had to take out a $35.5 million mortgage to help pay for it. In 2016, Aluko defaulted on that mortgage and the bank foreclosed on the property.

The 6,240 square foot unit has four bedrooms, four and a half bathrooms and boasts beautiful views of Central Park, the Empire State Building, the Statue of Liberty, and the Hudson and East rivers. 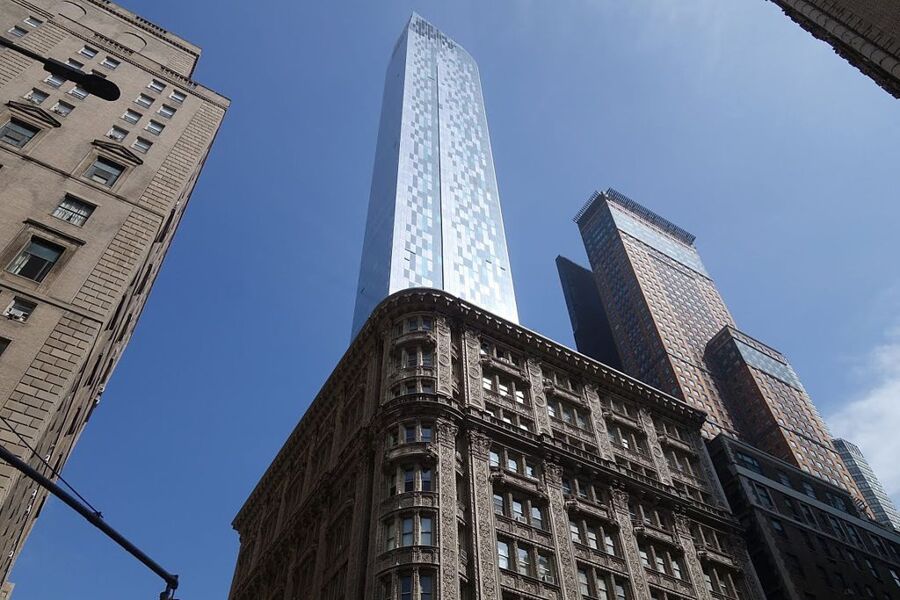 As you can imagine, the brokers selling this condo are positioning it as a "once in a lifetime investment opportunity." Aluko's former residence is the last full floor unit at One 57 available and it is heavily discounted.

Aluko is on the run from the law because he was accused of bribing the oil minister in Nigeria, Diezani Alison-Madueke to the tune of $1.76 billion. Aluko is charged with laundering money in Nigeria, the U.S. and Europe through $144 million in properties, including the condo at One 57 and a 213-foot, $80 million super yacht. Aluko is believed to be hiding out on his yacht in order to evade arrest.

One 57 is not the first pricey property that Aluko has sold at bargain prices. In recent years, he sold a 2.4 acre estate in Montecito, California to Gwyneth Paltrow for a seriously under market price of $4.9 million. He also bought a nearly 12,000 square foot house in Bel Air for $24.5 million and sold it four years later for $21.5 million. That sure does sound like money laundering!

One 57 is one of the most expensive residential apartment buildings in Manhattan. The bottom floors of the building house the Park Hyatt Hotel. The residential units have a separate entrance. Residents have access to a 24-hour doorman and concierge, valet service, parking, fitness center, yoga studio, and library as well as other amenities.

Aluko was last spotted in Hong Kong in May. His yacht is currently in the Bahamas. A Nigerian court attempted to freeze his assets in 2014, including the apartment at One 57, but they have never been able to find him to serve him.