By Amy Lamare on December 6, 2017 in Articles › Billionaire News

In 1989 Carlos Pellas and his wife Vivian were aboard a flight making its descent into Honduras' international airport. The pilot misjudged the landing and the Boeing 727 slammed into a mountain, killing 131 people. The Pellas' survived. Carlos' shirt was on fire. Vivian was barely conscious – she had 62 fractures, burns all over her body, and the flesh was literally melting off her face. Carlos carried his wife away from the wreckage. Moments later, the plane exploded.  Carlos led Vivian to the nearest road. They hailed a pickup truck, and the driver drove them two hours down the mountain to a hospital in the Honduran capital.

In the aftermath, Carlos lost parts of four fingers. Over the next 14 years, Vivian needed 28 reconstructive surgeries, numerous skin grafts, and years of rehabilitation. Carlos and Vivian were two of just 10 survivors of that plane crash.

Vivian's injuries were too severe for the local Nicaraguan hospitals to treat, so she was forced to travel for doctors and specialists all over the world. In the immediate days and months after the plane crash, she was moved between five different hospitals for surgeries, often having to suffer through long, bumpy car rides through hilly mountain roads. While going through this, Vivian vowed to herself that if she survived, she would do everything she could to make the process easier for other burn victims.

Burns are not a big problem in developed, high income countries. But in low and middle income countries like Nicaragua, they are an enormous health concern. In Nicaragua, especially, many children end up with serious or fatal burns from open fires used for cooking or from burning trash. 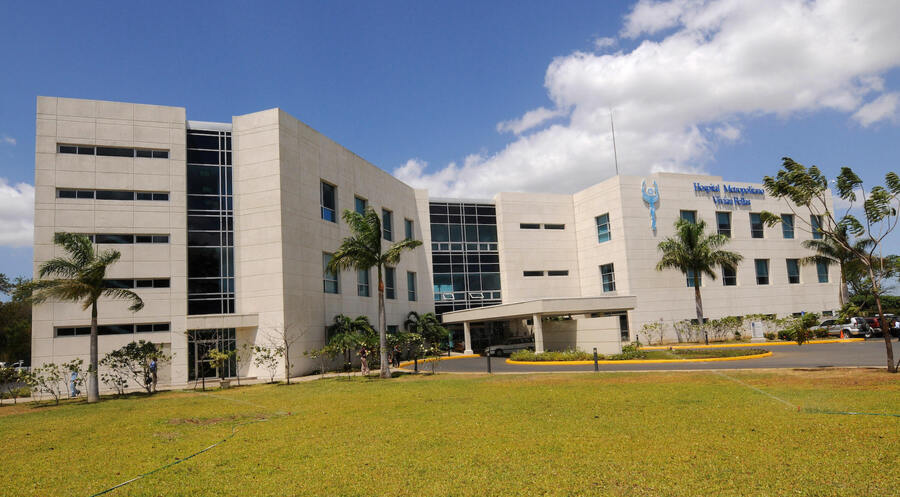 In 1991, Vivian opened the Association for Child Burn Victims in Managua. Since it's opening it has provided more than 520,000 medical procedures to children, all free of charge. Next door to the burn clinic is Vivian's other passion – the Vivian Pellas Metropolitan Hospital. The hospital is equipped with some of the most modern facilities and medical equipment in Central America.

Vivian was just 35 when the plane crash drastically changed her life. She was a mother of three. She had married Carlos when she was 22. She was aimless, without passion, drifting through life. Today, she is someone who has changed the lives of hundreds of thousands of people.

Carlos Pellas also had a post-crash revelation. The Stanford-educated fourth generation Nicaraguan wanted to lift his poverty stricken nation up. He had vast holdings in sugar cane plantations and makes rum, among many other business ventures in real estate, finance, and auto dealerships. He has an estimated net worth of $2.7 billion. He saw a way to improve the economy of Nicaragua and the lives of his fellow Nicaraguans by taking a cue from the country's neighbor Costa Rica and put his country on the world tourism map.

Nicaragua has been a surfing mecca for generations. But surfers generally just need a bed, any old bed, to crash in. They aren't the high end tourists Pellas wanted to target. Instead, Pellas built a luxury eco-resort called Mukul. It is set on 1,670 forested acres of a nature preserve with four miles of beaches. The resort is an upscale, family friendly resort with six spas, an 18-hole golf course, and opportunities for guests to give back to the local economy via volunteering, donating, and other do gooding type activities.

Through Mukul and other ventures, Pellas has brought hundreds of jobs, clean water, healthcare, and education to the poverty stricken region.

A year before Mukul opened in 2013; Pellas had a mock hotel room set up to train the resort's housekeepers. Many had never made a bed. Many had never cleaned a bathroom, let alone a travertine tiled one as they only have outhouses at home with a hole in the ground. Pellas provided English classes to his employees – who now speak it fluently.

Mukul arranges visits to surrounding communities where travelers might end up at a Pellas- sponsored dance class for kids. Or a traveler might end up in the small coastal city of El Astillero and encounter mothers who make purses out of plastic bags found on beaches and in the ocean. These bags allow the mothers to pay for school and food for their children. The Pellas' also support this program.

The Pellas' endured an horrific crash and even more harrowing recovery. Rather than retreating into their billionaire lifestyle, the couple was inspired to create ways to help. Vivian's hospitals provide necessary care to burn victims and at no cost. Carlos' resort brings opportunity for jobs and a way to hopefully pull his country out of poverty once and for all.