By Amy Lamare on November 23, 2017 in Articles › Billionaire News

Jerry Jones is not making friends among the other owners of NFL franchises these days. Jones has reportedly hired a well-known attorney with ties to the Harvey Weinstein scandal and threatened to sue the NFL and some other team owners to prevent the contract extension of NFL commissioner Roger Goodell. That threat resulted in Jones being removed from the NFL's compensation committee, which is the group responsible for negotiating Goodell's contract.

Jones is upset with Goodell over Cowboys' running back Ezekiel Elliot's pending suspension for six games due to allegations of domestic violence. Jones is also reportedly displeased with the NFL leadership's handling of the players' protests during the national anthem. 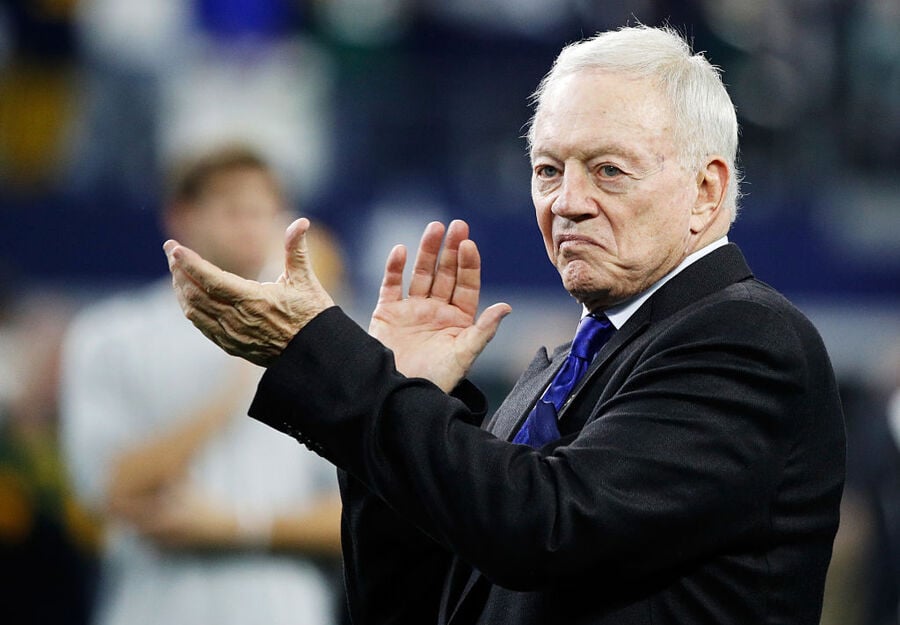 But as it turns out, the other NFL owners might be pretty displeased with Jones. Some owners have discussed the option of "going nuclear" on Jones.  Owners who are opposed to Jones could enact a clause in the NFL's constitution and bylaws forcing an owner to sell the team. This move is similar to what the NBA did with former Los Angeles Clippers owner Donald Sterling. If the other NFL owners decide that Jones "has been or is guilty of conduct detrimental to the welfare of the League or professional football."

Hmmm. That seems a little extreme where Jerry Jones is concerned. After all, the man was just inducted into the Pro Football Hall of Fame. His Cowboys are the most valuable franchise in the entire NFL. Pundits think that the other NFL owners could build a case around Jones due to the recent issue between the NFL and Papa John's pizza. A source with knowledge of Jones' actions has reported that some of the other team owners believe that Jones reached out to Papa John's John Schnatter and asked him to make a public statement blaming the NFL for his company's loss of revenue due to declining television ratings and poor leadership during the national anthem protests. If the other NFL owners can prove that, they can argue that Jones' was acting against the best interests of the league. Papa John's is the official pizza of the NFL.

If the owners allege that, and Roger Goodell agrees with it, he would first have to decide that a monetary fine was insufficient punishment. If he does, he can send the issue to the NFL's Executive Committee. That committee has the power to force "cancellation of forfeiture of the franchise in the League of any member club involved or implicated." Basically, Jones would be forced to sell the Cowboys.

It is hard to believe the other team owners would do this to Jones. It is very much a long-shot and would inevitably lead to many years of lawsuits. However, just the threat of using this clause may be the strongest bargaining chip the other NFL owners have to force Jones' hand.