Tom Benson, the owner of the NFL's New Orleans Saints and NBA's New Orleans Pelicans died Thursday, March 15 in New Orleans. He was 90 years old. At the time of his death his wife was by his side. Benson was a New Orleans native who fought to keep both the Saints and Pelicans in the city. He was just one of three team owners to have both an NFL and NBA franchise. Benson had been in the hospital since February 16th with flu symptoms.

Tom Benson was born in New Orleans in 1927. He served in the U.S. Navy and went on to get an accounting degree at Loyola University of New Orleans in 1948. He went to work as a car salesman, selling Chevys at Cathey Chevrolet in New Orleans. In 1956, Benson moved to San Antonio to try and build up the business of a failing car dealership. The eager young businessman was given a 25% interest in the dealership for his efforts. In 1962, he opened Tom Benson Chevrolet, the first of several dealerships he would eventually own in New Orleans and San Antonio. 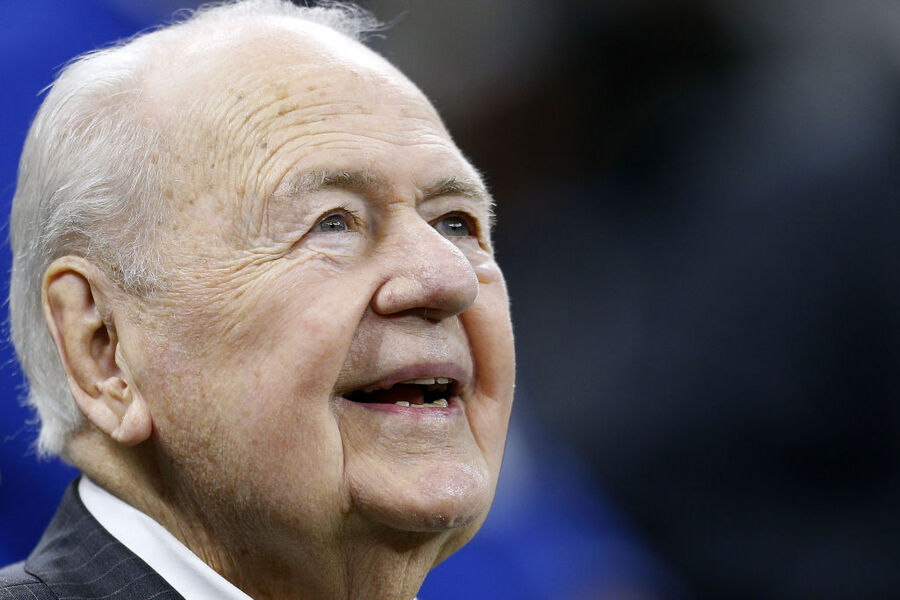 Benson showed his financial acumen by taking the profits from his car dealerships and investing them in local banks. This led to Benson acquiring a group of small Southern banks to form Benson Financial. Tom sold Benson Financial to Norwest in 1996 for a healthy profit.

New Orleans has Tom Benson to thank for preserving their beloved NFL franchise, a move that would lead to an eventual Super Bowl victory. In 1985, Tom learned that the Saints were on the verge of being sold to a group that wanted to move the team to Jacksonville, Florida. Benson simply could not sit back and let that happen.

In 1985, Benson paid $70.2 million for the Saints. At the time of his death, Benson still owned 100% of the team. Before he took over as owner, the Saints had never had a winning season. During the Benson years, the team formerly known as the 'Aints, made 11 trips to the playoffs and won the 2009 Super Bowl. Benson was known to dance on the sidelines after victories and those victory dances became known throughout New Orleans as the "Benson boogie."

Benson had long planned to turn the ownership of the Saints and Pelicans over to his wife of 13 years, Gayle. He was involved in a long and contentious legal battle with his daughter, Renee Benson, and his grandchildren, Rita and Ryan LeBlanc over his empire and fortune. Gayle Benson is a native of New Orleans and expected to keep both teams in the city.

At the time of his death, Tom Benson had a net worth of $2.8 billion.