There's a battle brewing in Nola, y'all and it is getting ugly. Billionaire Saints owner, Tom Benson, is battling his own daughter and grandchildren in court over his NFL team, his NBA team, and his fortune. Benson said in a deposition that he would like to completely cut his heirs out of the family trust that was set up for them. When he was asked why, he said, "Well they tried to kill me for one thing."

When Benson was asked how, he replied: "By picking on my wife and when I wasn't feeling very good, they were very hostile. They attacked me, you got to know. That's why I don't want to leave them anything. OK? I found out they didn't love me very much, trying to stab me in the back, wanted to take over everything, brought me to court saying I was crazy. You don't need any more than that." 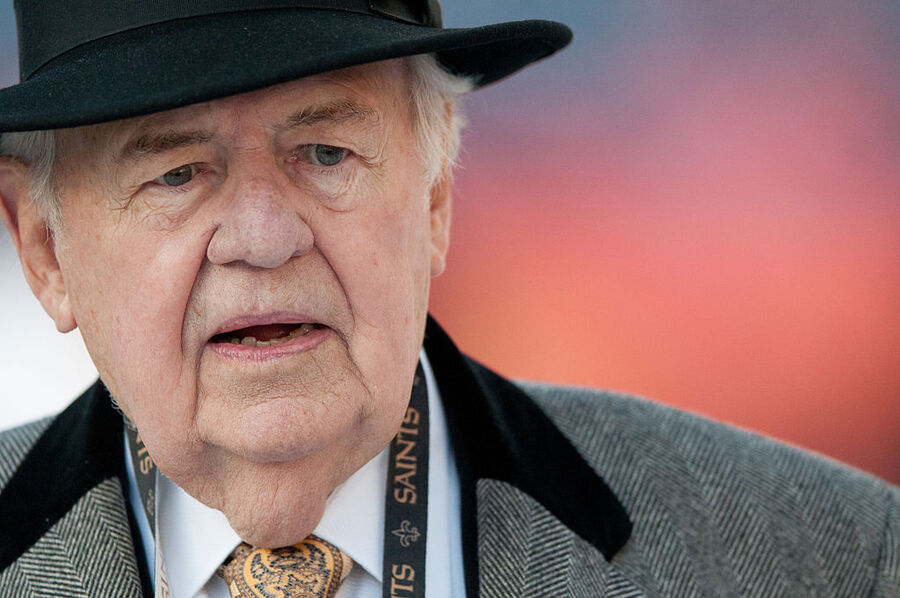 Benson has been involved in a contentious legal battle with his daughter, Renee Benson, and his grandchildren, Rita and Ryan LeBlanc, ever since made it known that he was basically disinheriting them in January 2015. His heirs will not be successors to his business and professional sports empire. His third wife Gayle will be.

Benson's heirs have tried to have the 88-year-old billionaire declared mentally incompetent. Their case argues that Benson is in mental and physical decline and was under the influence of  Gayle and others in his inner circle. The lawsuit was rejected by the New Orleans civil court, the Louisiana state appeals court and the Louisiana Supreme Court.

This whole family feud stems from an alleged altercation at a December 2014 Saints game, in which Benson claims he witnessed his daughter Renee grabbing Gayle and shaking her in the family's private suite. This was the final blow for Benson that led him to disinheriting his heirs. It should be noted that there are reports that it was his granddaughter Rita who shook Gayle.

During the testimony, Benson also said that some of his disinherited heirs also came to his house in December 2014 and verbally attacked Gayle. It is believed it was Renee and Rita who did this. Benson also testified that his daughter and grandchildren had shown many indications over the years that they wanted to take over his entire empire.

The attorney for Benson's heirs was quick to point out the fact the Benson had exhibited a number of memory losses during the testimony.

The opposing attorney also said that Benson has shut everyone out of his life in recent years, except for a small inner circle. He believes Benson has intentionally been kept away from his daughter and grandchildren.

Tom Benson intends to have his wife Gayle take over sole control of the Saints and Pelicans when he dies.