By Amy Lamare on January 7, 2017 in Articles › Billionaire News

In August of 2016, Gerald Cavendish Grosvenor, the 6th Duke of Westminster and the richest person in England died at the age of 64. He had a net worth of $12 billion, which he came upon the old fashioned way. He inherited it from a 400-year-old trust set up by a bunch of very distant and very rich relatives. Now that fortune and that title passes to his 25-year-old son Hugh, who will become the 7th Duke of Westminster, the richest person under 30 in the world, and, alongside Prince Harry, the world's most eligible bachelor.

A quick note on the family's title – the Duke of Westminster is a title created by Queen Victoria in 1875 to be given to Hugh Grosvenor, 3rd Marquess of Westminster. The Grosvenor family's influence in England dates back to the 17th century when Richard Grosvenor became Baronet of Eaton in 1622. Basically, this is a courtesy title awarded to an influential family and holding no real claim to the throne.

Hugh Richard Louis Grosvenor, 7th Duke of Westminster read Kipling's poem If at his father's funereal. The fortune he inherited is so massive it can hardly be categorized. He now owns more land than Queen Elizabeth, an art collection that includes works by Rembrandt, a shopping mall, and, oddly enough, the land the American Embassy is located on in Grosvenor Square. 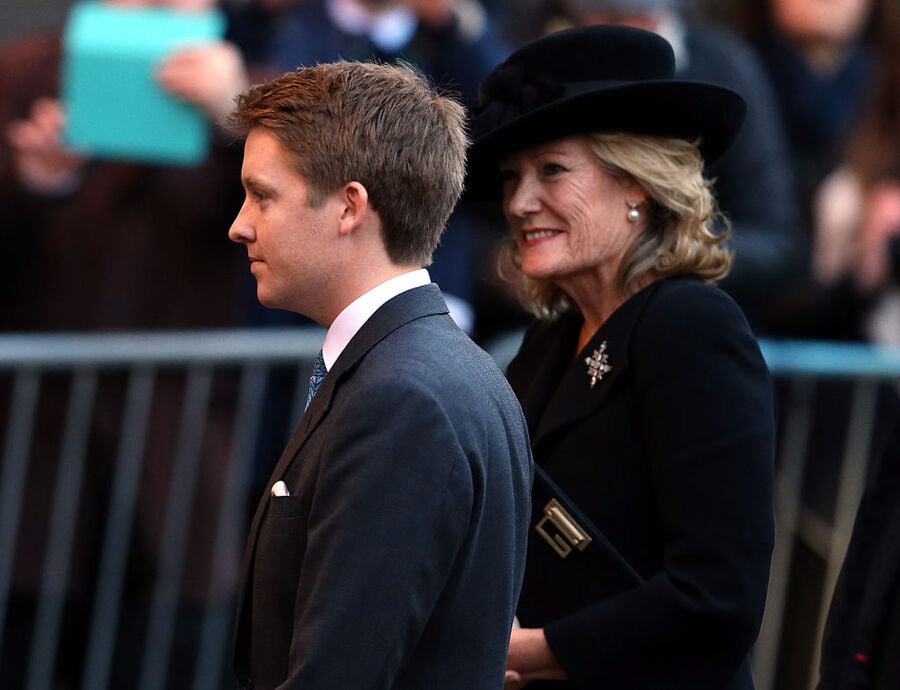 Not much is known about the young Duke. Other than his 21st birthday party with a royal-studded guest list that included Prince William and Prince Harry, he's stayed out of the limelight. He is Prince George's godfather and holds a day job as an account manager at Bio-bean, a green energy company that recycles coffee grounds.

Despite the enormous wealth of the Grosvenor family, Hugh and his siblings Tamara, Edwina, and Viola were raised rather normally. His late father is on record as saying that his main objective as a parent was to teach his son self-discipline and a sense of duty. That parenting philosophy is in line with the family motto: Virtus non stemma, which means Valour not garland – or more colloquially, Virtue, not ancestry.

The 6th Duke of Westminster also instilled this virtue and self-discipline in his daughters, who, due to England's archaic laws of succession are not allowed to carry the family title, despite his oldest sister being 12 years older than the new 7th Duke of Westminster.

As a result of his upbringing, Hugh has always understood that his inheritance and thus his place in the world had to amount to more than his family fortune and title.

Hugh went to local schools, rather than boarding schools as most children of his heritage do. His parents felt that the surest way to keep their children from developing a sense of entitlement was to keep them rooted in home and family.

All of this is not to lead anyone to truly believe that the 7th Duke of Westminster had a run of the mill childhood. After all, grounded as his family may be, they are still multi-billionaires. His dad had a private jet, and Hugh's birthday parties were attended by his school friends of course, but also by royals. The Grosvenor family has close ties to the Windsors also. We previously mentioned that Hugh is Prince George's godfather. His mother is Prince William's godmother. Princess Diana was godmother to his sister Edwina and Hugh's grandmother was Prince Andrew's godmother.

Hugh's mother, the Duchess of Westminster will retain her title until Hugh gets married at which point she will become the Dowager Duchess. She is the great-great-great-granddaughter of the Russian Tsar Nicholas I and is related to Sophia, the granddaughter of James I. Like we said, the family's ties to the royals run deep.

And now, as the 7th Duke of Westminster, Hugh is at the heart of the set of young royals. He's young, incredibly wealthy, single, and basically a royal. He is giving Prince Harry a run for the title of the most eligible bachelor.