By Joseph Gibson on September 30, 2017 in Articles › Billionaire News

The Chronicle of Philanthropy is a magazine devoted to – what else? – philanthropy, with a particular focus on the philanthropic practices of the richest people in America. The magazine recently published a list of the ten richest people in America, ranked according to how generous they've been with their wealth since the year 2000. The results are interesting, but the person who occupies the top slot will probably come as no surprise: Warren Buffett.

The list was calculated by determining the overall portion of each billionaire's wealth they'd given away to charity since 2000. A variety of information sources were used, including the IRS and The Chronicle of Philanthropy's own "Philanthropy 50" reports, but anonymous contributions as well as gifts made before 2000 weren't included. So, Buffett's variety of donations totaling more than $46 billion came to 71 percent of his overall fortune as of the end of 2016, enough to earn him the top spot. Second place? Bill Gates, with 22 percent of his fortune, or $18 billion. Next up is former New York City mayor Michael Bloomberg, who clocked in at ten percent of his fortune given away with $4.5 billion in contributions. 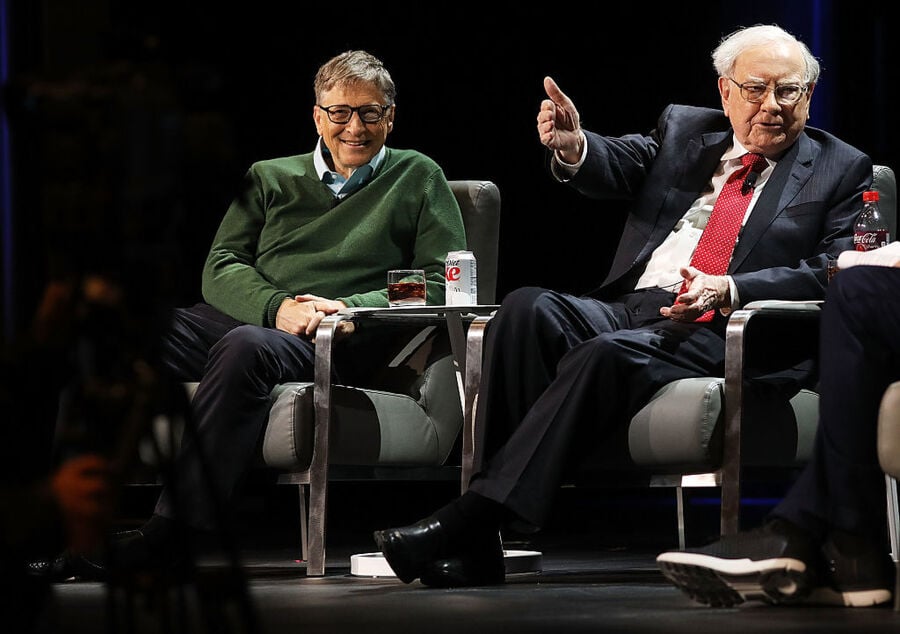 One thing you'll notice just from looking at the top three is that according to these calculations, not only is Buffett the most charitable person in the country, but it really isn't even a close race. This despite Buffett's extremely well known efforts to give away not just his own fortune before he dies, but to encourage other extremely wealthy people to do the same, as part of his worldwide Giving Pledge initiative.

In case you were wondering, the person who took up the rear of this list is Amazon CEO Jeff Bezos, who has reportedly given less than 0.1 percent of his total wealth to charity. But Bezos has indicated he's interested in taking his philanthropy to the next level, even going so far as to ask his Twitter followers for ideas, so maybe he'll see his ranking rise before too long.