Net Worth Of Arrested Saudi Prince Drops By $2.8 Billion

By Amy Lamare on November 20, 2017 in Articles › Billionaire News

The net worth of Saudi Prince Alwaleed bin Talal Al Saud has been taking a nosedive since he was arrested by the Saudi government a week and a half ago, as part of the kingdom's anti-corruption campaign. Overall, Alwaleed's net worth is down $2.8 billion, with $855 million of that in just one day. The shares of his Kingdom Holding have dropped 21% since the end of trading on November 2nd. Alwaleed owns 95% of Kingdom Holding. Those shares now represent half of his total net worth.

With that $2.8 billion loss, Alwaleed is now worth $17.2 billion. The 62-year-old royal is the nephew of King Salman bin Abdulaziz Al Saud and the cousin of crown prince Mohammed bin Salman. He was one of more than a dozen royals, high ranking officials, and businessmen arrested in what is now being described as a purge to help solidify the crown prince's power. 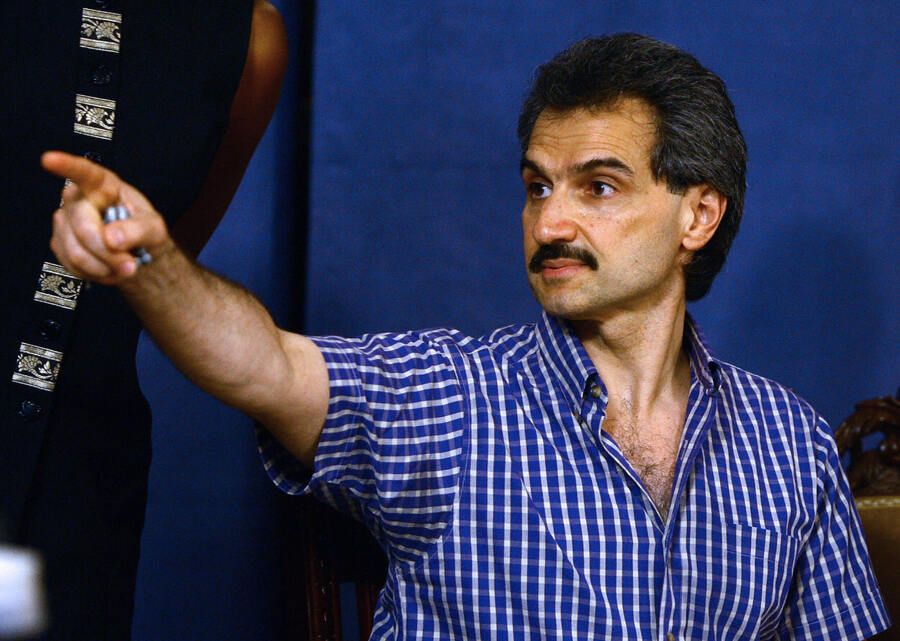 Prince Alwaleed bin Talal has often drawn comparisons to Warren Buffett. He shares Buffett's knack for wise investment strategies. He is also known for being eccentric and favoring self-promotion. He attended California's Menlo College and Syracuse University before founding Kingdom Holding in 1980. As far as Saudi royals go, Alwaleed is pretty progressive.  Instead of the traditional ankle length thawb, Alwaleed often appears in public wearing fashionable suits and tinted sunglasses. It's been said that he is an obsessive calorie counter who tries to stick to an 1,100 calorie per day diet. He has progressive views on women, music, and film and has called for the Arab world to get with the program and implement massive reform. Alwaleed has long been in favor of lifting the ban on women driving in the kingdom (which just happened, by the way). Alwaleed is also a member of The Giving Pledge.