Natalia Potanina's Quest To Become The Richest Ex-Wife In History

By Mark Kurlyandchik on November 2, 2015 in Articles › Billionaire News

Natalia Potanina, the scorned ex-wife of Russia's richest oligarch, has granted her first public interview about the cold treatment she's received from her husband of 30 years and the details of what could amount to be the most expensive divorce in history. With a net worth of $15.8 billion, Vladimir Potanin claims in court to be a mere millionaire, paying alimony only from his $500,000 monthly salary, and has even asked his wife to backdate the divorce six years, after admitting to having a love child with a mistress 15 years his junior.

Potanin amassed his fortune during the pivotal years of privatization after the collapse of the Soviet Union. In 1992, he 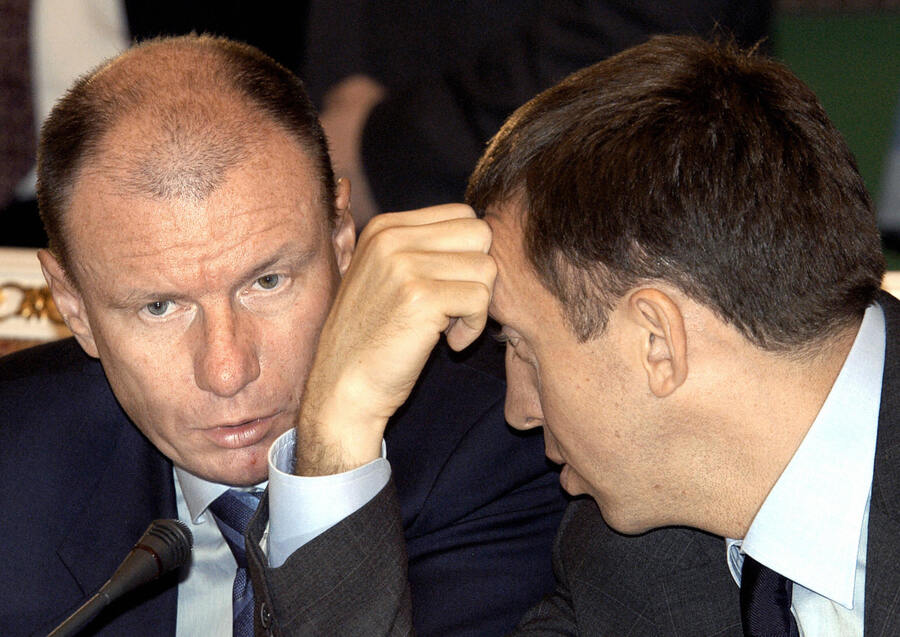 and Mikhail Prokhorov opened one of the first Russian private banks. The business partners made off incredibly well the rest of the decade, thanks largely to Boris Yeltsin's controversial "loans-for-shares" programs, acquiring assets in nickel, oil, shipping, and steel. Today, Potanin is the CEO of Norilsk Nickel and his 30 percent stake in the company is worth an estimated $7 billion. Add to that the assets he controls through his investment company, Interros International, and you have a very, very rich man.

But that's not what he says in court, according to an interview Natalia granted The Daily Mail. Potanin told a Moscow court that he has no assets, a claim to which Natalia laughs. "Vladimir Potanin dumped, betrayed and humiliated me," she told the British tabloid. "He also decided to wipe every kopek (penny) off our family money."

After 30 years of marriage, raising three children together, Natalia believes she is entitled to half of her ex-husband's assets under Russian law. But a Moscow judge recently rejected Natalia's demand to split his Interros and Norilsk assets. She says she's open to an out-of-court settlement, but for nothing less than half of his fortune.

Perhaps the most shocking revelation in Natalia's interview is the coldness of Potanin's treatment of the wife with whom he shared more than half his life, along with their three children. When Potanin told Natalia he was divorcing her in November 2013, he asked to backdate the divorce and any possible settlement to 2007, when his assets were much less impressive. Natalia says she was completely caught off guard by the request and the matter-of-fact manner in which it was asked. She said she was so shocked she thought he was joking. That was the last time she talked to her husband.

It turned out that Potanin had been having an affair with an employee who was 15 years his junior and had fathered her child. He married her in 2014. He's had no contact with either of his sons from his marriage to Natalia in two years.

"His public face has always been based on an image of a strong family man," Natalia told The Daily Mail. "Yes, Vladimir Potanin and his lawyers keep winning court cases, but I don't see it as their final victory."

Natalia is appealing her case and plans to continue to fight to become the richest ex-wife in history.