By Joseph Gibson on June 6, 2017 in Articles › Billionaire News

Aerospace billionaire Robert Bigelow started his own aerospace company, Bigelow Aerospace, and is currently involved with NASA in the endeavor of private exploration of space. That might make it tempting for the average layman to assume that he knows what he's talking about when it comes to matters related to extraterrestrial life – which is either good or bad news depending on your feelings about aliens, given a recent interview Bigelow gave on 60 Minutes claiming that aliens have already arrived on Earth:

A recent Newsweek poll in 2015 found that 54 percent of people in the US believe in some form of intelligent alien life, but that is of course very different from thinking they're already here on Earth. If you think he sounds crazy, though, don't expect him to care, as he told interviewer Lara Logan repeatedly that he didn't care what other people thought about his so-far unsubstantiated claims. Bigelow clearly has what people in the industry refer to as F-U money, and so far he's spent almost $300 million on sending various objects into space – with an alien logo, no less. 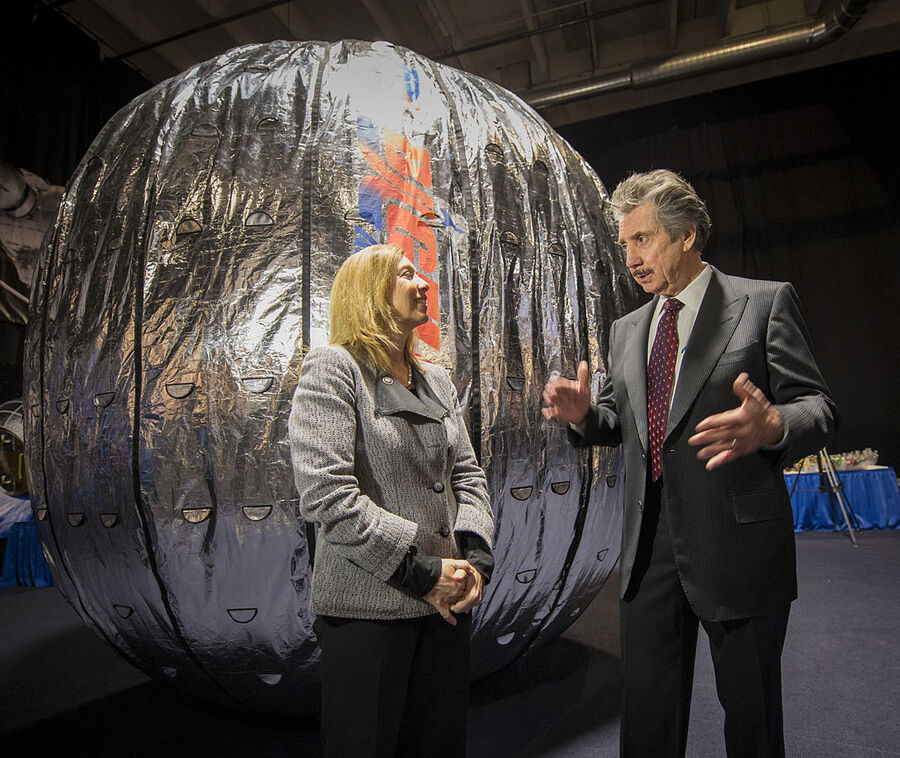 If you detect a certain irony in Bigelow's perspective, you are (in that respect at least) not alone. Why spend $290 million so far on exploring space when extraterrestrials have already made contact? This discrepancy doesn't seem to bother Bigelow, who emphasized during this same interview that you really don't have to leave Earth in order to meet a space alien:

"You don't have to go anywhere … It's just like right under people's noses. Oh my gosh. Wow."

NASA has made no public statement on Bigelow's claim as of this writing.