By Amy Lamare on January 20, 2017 in Articles › Billionaire News

Lynsi Snyder Seawell Martinez Torres Ellingson is the 34-year-old In-N-Out heiress. She is the granddaughter of the beloved burger chain's founders and when she turns 35, on May 5, 2017, she will inherit full control of In-N-Out and its 313 restaurants in six states. She has a net worth of $1 billion.

Lynsi's grandparents opened the first In-N-Out in Los Angeles in 1948. After her grandfather died in 1976, her uncle Rich Snyder took over the family business. Uncle Rich ran In-N-Out until he was killed in a plane crash in 1993. At that point, Lynsi's dad, Gary Snyder, took over with supervision from his mother, as Gary was a drug addict. Gary was at the helm of the burger empire until he died from a prescription drug overdose in 1999 when Lynsi was 17 years old. In 2006, Lynsi's grandmother died and as the only biological Snyder heir, she inherited the company and became president of In-N-Out in 2010, when she was just 28 years old. 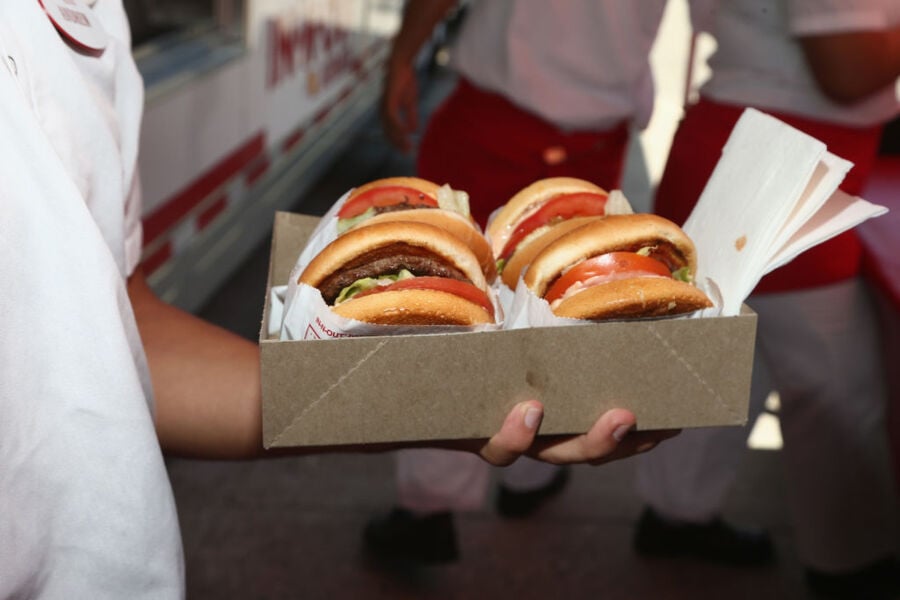 Lynsi is notoriously private and press-shy. In a rare interview, she revealed that this is because of two kidnapping attempts when she was younger. The first happened when she was in high school, the second when she was 24 and managing an In-N-Out location.

In a video posted to the website Iamsecond.com, Lynsi discussed her four marriages, her past issues with drugs, and the tragic death of her father. This is a rare insight into her famously private life. She said that it was very hard to watch her father Gary Snyder battle drug addiction and go in and out of rehab facilities.

"My world shattered. After my dad died there was no way I was going to be alone."

After her dad died, Lynsi ran straight into the arms of another man and married her first husband at 18. She said that bad decision led to a divorce just a few years later. After her divorce, Lynsi began a downward spiral and realized she was the black sheep of the family and started smoking pot and abusing alcohol.

"I figured, I'm divorced – I might as well embrace this."

Fortunately that didn't last long. Lynsi came to the realization that she didn't want to die young like her dad. So she got married again, had two kids, an affair, and after six years of marriage, another divorce.

"I couldn't feel like a bigger failure at that point," she said.

Her third go around with marriage was with a man who married her for her billion dollar burger fortune. He cheated on her for almost four years before they divorced. Today, Lynsi is on her fourth marriage and has grown up a lot over the years. She has found peace through religion.

In just a few months, Lynsi will turn 35 and inherit the rest of the In-N-Out fortune. It sounds like she's found solid footing just in time.