Rupert Murdoch and his family are about to get a whole lot richer. According to a recent SEC filing, the family of 21stCentury Fox executives will make more than $206 million once the enormous Disney-Fox deal is completed and finalized.

In December 2017, Disney announced that it was buying Fox's film studio and much of its TV assets for a staggering $52 billion. The three Murdoch family members holding executive positions at 21stCentury Fox will each get huge golden parachutes – the compensation an executive is paid if they are fired or laid off after a company is sold – once the deal is final and Disney moves in and takes over. 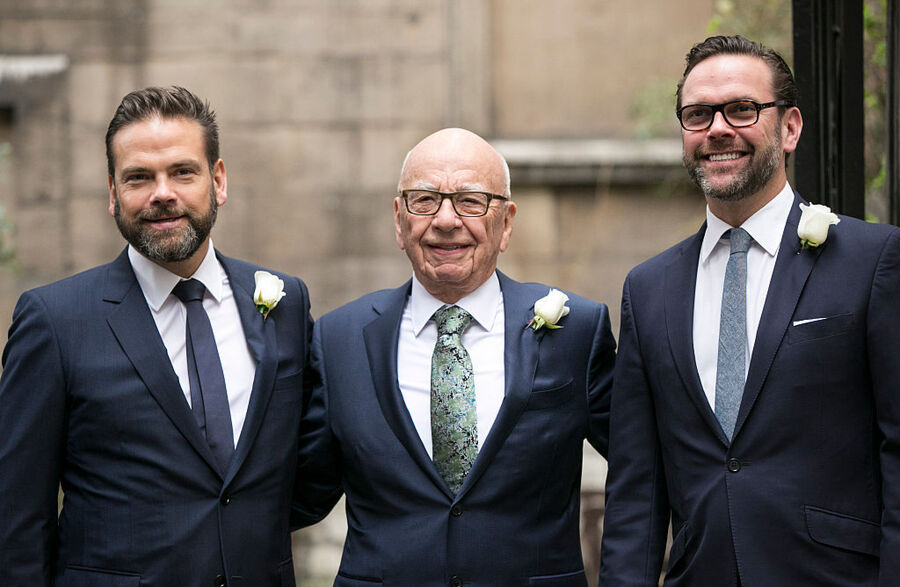 As CEO of Fox, James Murdoch will receive the largest payout of $70.6 million. Co-executive chairman of Fox Lachlan, and their father Rupert will each receive $66.7 million. Of that amount, $40 million will be cash. If James or Lachlan are fired before June 30, they will receive $22 million in severance six months later.

James Murdoch has a net worth of $500 million.

Rupert Murdoch has a net worth of $13 billion.