By Amy Lamare on December 10, 2018 in Articles › Billionaire News

Georg Schaeffler and his mother Maria-Elisabeth Schaeffler-Thumann are the majority shareholders of the German car parts manufacturer Continental AG. They also run the Schaeffler Group, a ball bearings maker that was founded by Georg Sr. in 1946, when he invented the cage-guided needle roller bearing, which allowed for large-scale production of roller bearings for the German auto industry. The Schaefflers have been one of Germany's richest families for years. However, over the course of 2018, their net worth has declined by about $16 billion – which is more than half of their combined wealth.

The decline in their net worth is due to extra costs and tough business conditions in Europe and Asia. Continental AG warned its shareholders that these conditions would affect profits. These challenges are expected to last well into 2019.

Georg and Maria-Elisabeth are now worth a combined $14.1 billion. This is the largest drop in fortune among the richest families in Europe. Shaeffler AG has also faced similar issues as Continental. Shares in both companies have declined more than 40% so far this year. 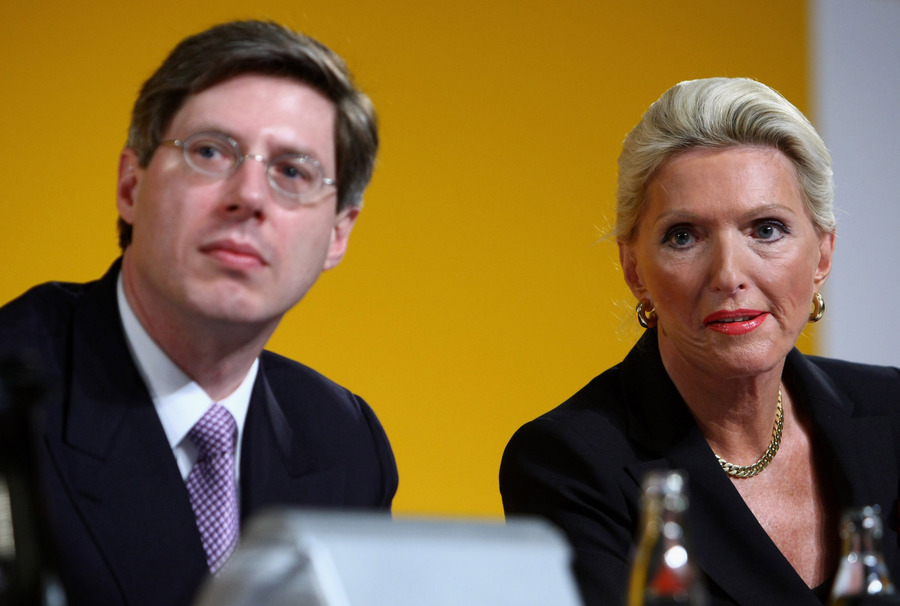 George Schaeffler inherited 80% of the family ball bearing business when his father died in 1996. His mother inherited the other 20%. Together they pulled off one of the largest hostile takeovers in Germany by acquiring Continental in 2008 for more than $17 billion.

George, 54, served in the German military and worked in corporate law in the U.S. before moving home to Germany to join the family business.

Interestingly, Germany is home to the most billionaires in Europe.