By Brian Warner on October 20, 2021 in Articles › Billionaire News

Elon Musk has had an extremely good week. He's also had an extremely good year. Year to date Elon's net worth has increase by more than $70 billion. As I type this article, Elon Musk's net worth is $243 billion. He is by far the richest person in the world. He is $44 billion richer than Jeff Bezos' net worth. At $243 billion, Elon is $10 billion richer than Bill Gates and Warren Buffett… COMBINED.

What's driving his net worth highs? And could Elon being heading to Trillionaire status?

First off, on Monday it was revealed that some SpaceX insiders sold around $750 million worth of their private shares through a secondary market share sale. The sellers sold their shares at $560 per share. At the company's last private fundraising round in February, its private share price was $410.99. At $560 per share, SpaceX's new private valuation is $100 billion.

That makes SpaceX the second-most valuable private company in the world behind TikTok's parent company ByteDance. In its latest private fundraising round, ByteDance was valued at $140 billion.

According to a company filing last month, Elon owns around 43% of SpaceX. Therefore, after this round, his 43% stake is worth around…

That stake on its own would be enough to make Elon one of the 35 richest people in the world.

For perspective, when SpaceX raised money in August 2020, its valuation was $46 billion. At that point Elon owned 48% of the company, which meant his stake was worth $22 billion. So the value of his SpaceX shares have doubled in a bit over a year.

Oh ya that OTHER company Elon controls.

As of this writing, Tesla's market cap is $855 billion.

According to the company's latest filing, Elon owns around 23% of Tesla's outstanding shares. Therefore Elon's Tesla shares are worth around…

That stake alone would make Elon the second-richest person in the world, just a few billion behind Jeff Bezos. 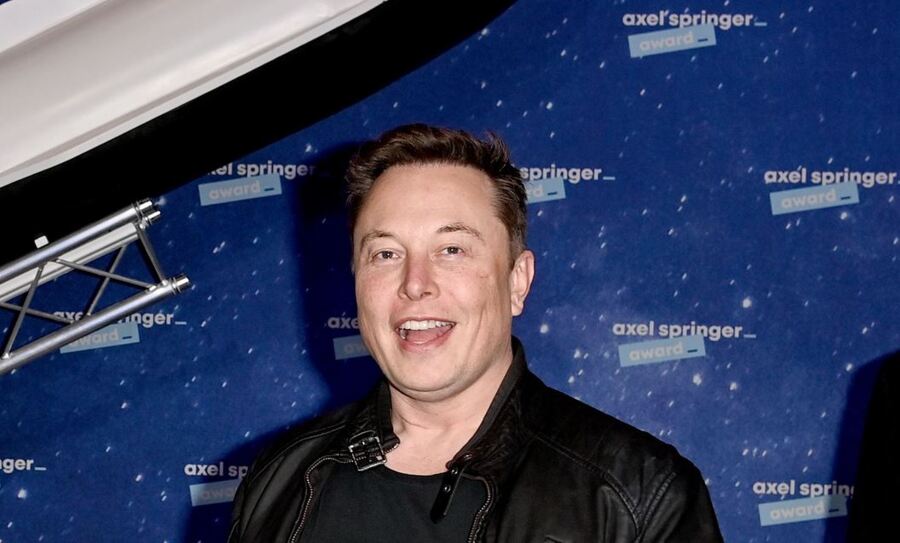 As if all of the above wasn't amazing enough, on Tuesday a financial analyst named Adam Jones from Morgan Stanley released a report titled, "SpaceX Escape Velocity… Who Can Catch Them?"

In this report, Adam Jones lavishes praise on Musk and SpaceX. He believes SpaceX is setting itself up to make a fortune through a combination of space infrastructure, deep-space exploration, mining and other scientific pursuits. Most importantly, he has extremely high expectations for the company's Starlink satellite communications system.

#1) SpaceX will soon grow into a $200 billion valuation. At that level, assuming Elon maintains his 43% stake, his SpaceX shares would be worth $86 billion. If by this point Tesla's market cap is $1 trillion, Elon's net worth would be $316 billion.

#2) SpaceX will eventually become so valuable that it will propel Elon Musk into trillionaire status.

What would it take for Elon Musk to become a trillionaire?

For this calculation, let's assume that Elon continues to own his current 23% stake in Tesla and 43% stake in SpaceX.

If SpaceX eventually grows to a $250 billion company, Elon's stake will be worth $107 billion.

If Tesla eventually grows to a $3 trillion company, Elon's stake would be worth $690 billion

That would give him a combined net worth of just under $800 billion.

So that math wouldn't work. For Elon to become a trillionaire, SpaceX needs to do some much heavier lifting in the valuation department.

If SpaceX eventually was a $1 trillion company, Elon's stake would be worth $430 billion.

At that level, Elon would "only" need Tesla to have a $2.5 trillion market cap. That would value his 23% Tesla stake at $575 billion. Giving him a combined net worth of…

Think he'll pull it off?