By Joseph Gibson on March 21, 2022 in Articles › Billionaire News

Stephane Bancel is the CEO of Moderna, one of several pharmaceutical companies to hit it big during the COVID-19 pandemic by developing a vaccine. A recent CNBC report covers how Bancel has also hit it big in another way, selling more than $400 million and counting worth of Moderna stock since January of 2020.

The Moderna COVID-19 vaccine was the company's "big break" so to speak, and remains the only commercially available product the company sells. That has, among other things, made Bancel a billionaire, and has been very good news for Moderna's other investors as well. Last year, the company charted its first annual profit with $12.2 billion against a total of $17 billion worth of vaccine sales, a number they're projected to exceed this year with an estimated $19 billion in sales. 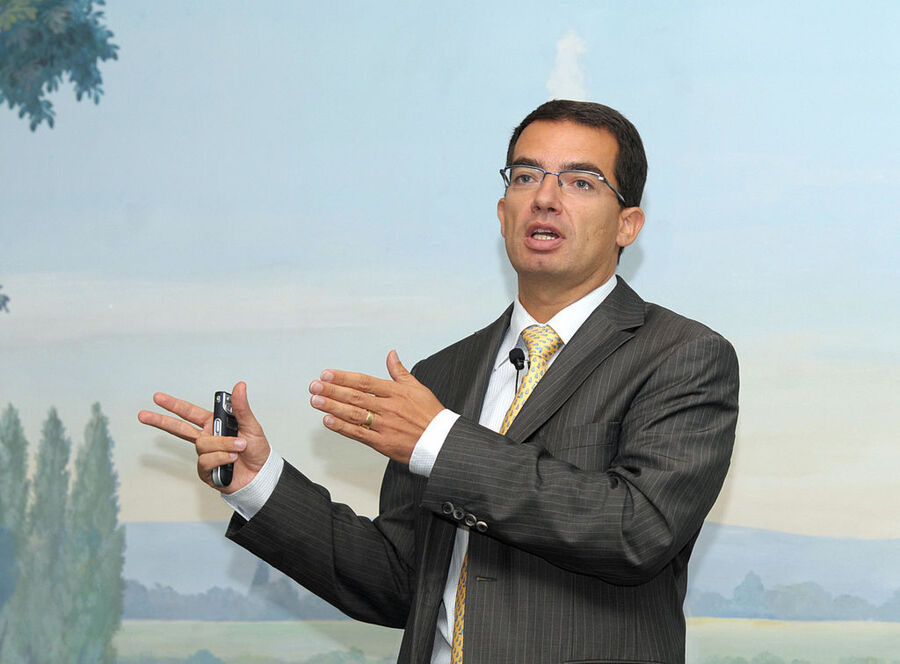 That's resulted in meteoric gains for the company on the stock market. Moderna stock is more than 600 percent higher now than it was in January of 2020, and Bancel has cashed out to the tune of $408 million and counting.

The stock sales have been through regular intervals by way of a 10b5-1 stock plan, which was adopted by Moderna before the pandemic. 10b5-1 is a way for executives like Bancel to sell off stock at predetermined intervals as a way to preclude charges of insider trading. But critics say the laws around 10b5-1 plans lack transparency – and in fact they require no public disclosures of any kind.

Bancel has sold over 2.8 million Moderna shares since January of 2020, as prescribed by the 10b5-1 plan developed before the pandemic happened. Typically, this comes to 19,000 shares a week – valued at about $3.6 million. These shares are divided between 9,000 he owns directly as an individual and another 10,000 he owns through an LLC called OHCA. Even if you only count the shares he sold as an individual, he's still made more than $150 million on these sales since the latter part of January 2020.