By Joseph Gibson on August 26, 2019 in Articles › Billionaire News

The next time someone tries to say that the lives of the rich and famous are all fun and games, point out what happened to model Simona Andrejic recently. Page Six reports that Andrejic suffered multiple fractures to her pelvis and a flesh wound on her arm after a zip line crash at the Westchester home of finance billionaire Chinh Chu. And now she's suing him for financial restitution.

As the story goes, the recently-separated Chu had invited Andrejic and several other models and friends to his home last month. Among the festivities were the use of his garden zip line, resulting in a high-speed crash with a tree, after which she was left clinging to a platform some 50 feet in the air for two hours until emergency responders were able to reach her. One witness says that she was in "agonizing pain" the entire time, and initially Chu is reported to have agreed to cover all her medical expenses as well as a stay in a five-star hotel and use of his Rolls Royce while she recuperated. 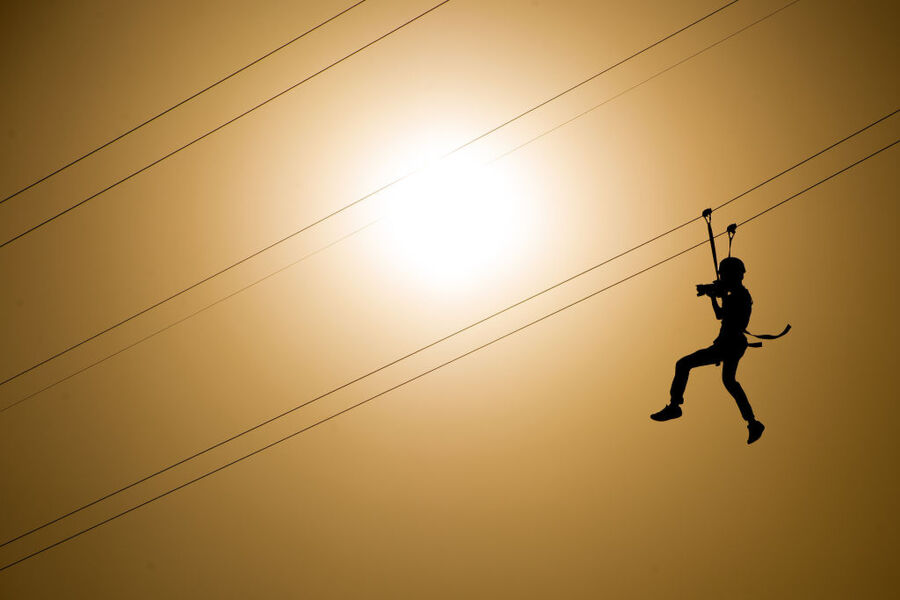 But then, Chu offered Andrejic a settlement of "a few thousand dollars a month for a year," or the equivalent of "pocket change" for the extremely wealthy Chu, and when Andrejic refused he reportedly threatened to cut off the medical payments and her hotel bill.

Since this all happened last month Andrejic is reported to have moved out on her own, but she still wants Chu to make things right. As her attorney Salvatore Strazzullo puts it:

"Simona has devastating injuries. She cannot work and is in substantial pain. She should be fairly compensated within the law."

It's not clear from the report exactly how much in damages Andrejic is seeking from Chu, but it's a safe bet in any case that you probably won't see her on any zip lines any time soon.