By Beth McDonald on April 30, 2016 in Articles › Billionaire News

Don Blankenship, the millionaire former-CEO of a coal mining company was recently sentenced to a one-year prison term and a $250,000 fine after he was found guilty of violating mine safety standards. In 2010, an explosion linked to unsafe working conditions in one of his company's mines killed 29 workers. While prosecutors said he knew about the unsafe working conditions that led up to the explosion, his defense argued the explosion was caused by an act of nature.

Under Blankenship, Massey Energy grew to be the largest coal company in West Virginia and the fourth-largest producer of coal in the US. However, six years ago, an underground explosion ripped through Massey Energy's Upper Big Branch mine in West Virginia, killing 29 workers. According to The New York Times, the explosion was the deadliest mining disaster in the U.S. in 40 years.

After the explosion, a group of investigators began examining the evidence to find a reason for the tragedy. While Blankenship contends the explosion was the result of a freak accident as a result of natural gas present in the mine, investigators determined otherwise. Specifically, investigators found evidence of workplace safety violations, and believe a spark from old and worn equipment, which ignited a too-high buildup of coal dust and methane gas. The explosion was further amplified by the fact that broken and or clogged water sprayers didn't work to put out the fire, according to The Washington Times. 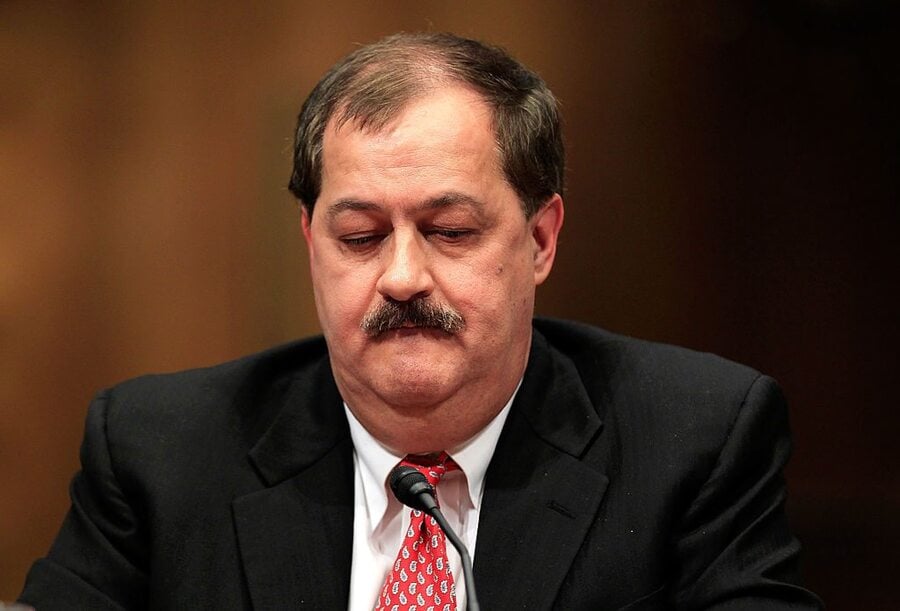 The investigators also found evidence that Blankenship was a micromanaging taskmaster who was more interested in profits than safety, and knew that his managers were forcing miners to ignore basic safety measures, such as monitoring the level of coal dust and gas in the mines, as well as not investing in proper water sprinklers or ventilation systems. According to Bloomberg, investigators discovered Blankenship recorded hundreds of his own phone conversations and kept detailed memos to managers, several in which he tells them to ignore safety issues and focus on what "pays the bills."

After reviewing the evidence, a jury found Blankenship guilty of conspiracy to violate mine safety standards, and sentenced him to the maximum punishment allowed. In addition to the prison sentence and fine, he will also be required to serve a year of supervised release. "He knew that following the safety laws costs money," said Assistant U.S. Attorney Steven Ruby to the New York Times. "What could be more serious than a crime that risks human life?"