Mike Bloomberg Net Worth 2020: What Happens To His Company If He's Elected President?

By Joseph Gibson on February 19, 2020 in Articles › Billionaire News

Usually, when an individual is elected president of the US, it transpires that they sell off any business interests they control in order to avoid the appearance of conflicts of interest. Presidents typically entrust their assets in blind trusts so they can't accidentally enrich themselves with a new law or policy. President Donald Trump has been a unique example. He likely could not have liquidated his complex portfolio of real estate and brand assets, so he has entrusted his company in the hands of his children. A similarly complicated situation could arise if Democratic presidential hopeful Mike Bloomberg wins the 2020 election. Specifically, it might be very difficult for Mike to find a buyer for his financial services company, Bloomberg LP, a company that includes media assets, financial tools and much more. The former mayor of New York City addressed this question in a recent radio interview.

On the air in a Radio Iowa interview, Bloomberg was asked about what would happen to his company if he was elected president. This was his answer:

"I think at my age, if selling it is possible, I would do that…At some point, you're going to die anyway, so you want to do it before then." 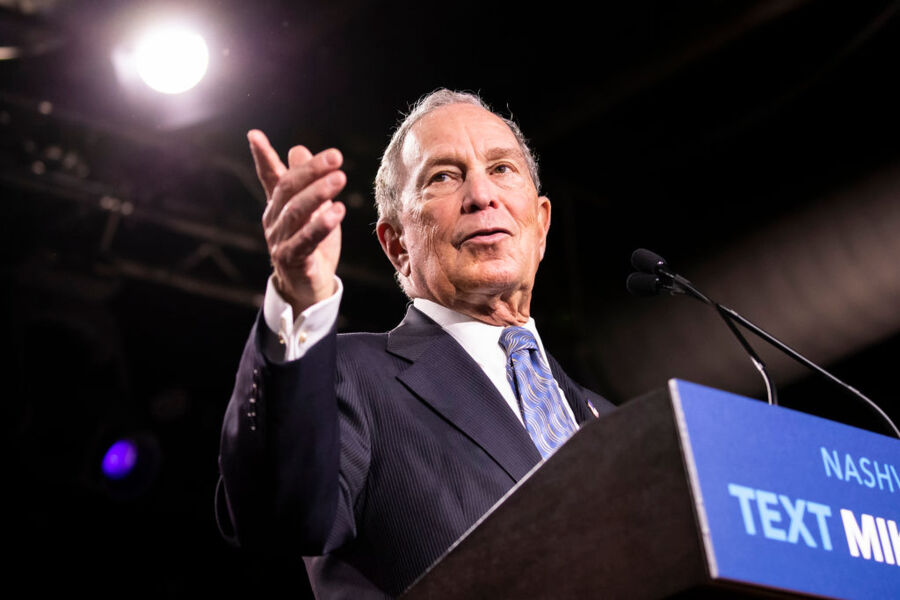 But as a recent CNBC story points out, selling a company as large as Bloomberg's would be significantly more complicated than, say Jimmy Carter selling his peanut farm when he became president. Bloomberg (the company) earns an estimated $10 billion a year in revenue, and would reportedly be worth about $40-$60 billion to a corporate buyer. An acquisition price that high leaves very few companies with the resources to be acquirers.

Something called a "consortium leveraged buyout deal," in which a private equity firm could acquire a majority stake of the business, is said to be the most likely option. But a source tells CNBC that he only plans to sell the company in the event of a White House victory, and not at any point during the campaign.

How did Bloomberg come to own such a large and lucrative company in the first place? As the story goes, when he was let go from his position at Wall Street brokerage firm Salomon Brothers back in 1981, he left with a severance package worth $10 million. Mike used that payday, worth roughly the same as $30 million in today's dollars, to establish a financial data company called Innovative Market Systems. IMS was extremely successful in the Wall Street investing world, thanks in part to the development of subscription technology known as the "Bloomberg Terminal," (still in omnipresent use among financial investors today). A single Bloomberg Terminal costs $24,000 PER YEAR to lease. They come with a two year minimum. If you order more than two Terminals, the price drops to $20,000 per year. There are more than 325,000 paying Bloomberg Terminal subscribers in the world today.

The firm eventually changed its name to Bloomberg LP as it is now known. It is still privately owned, with Mike being the majority owner. Based on the company's presumed value and his other known assets, Mike's net worth in 2020 is $62 billion.

Mike has also promised to release his tax returns. Those should be a trove of fascinating insights into the actual finances of one of the richest people in the world.