By Brian Warner on October 15, 2018 in Articles › Billionaire News

Microsoft co-founder Paul Allen has died from complications of non-Hodgkin's lymphoma. He was 65 years old. At the time of his death he had a net worth of $20 billion which made him one of the 30 richest people on the planet. He was also notable for owning the Seattle Seahawks, the Portland Trail Blazers and part of the Seattle Sounders FC. During his lifetime he gave more than $2 billion to various philanthropic causes. In 2010 he signed The Giving Pledge which promised to give at least half of his fortune to charity. Rest in peace.

Paul Allen and Bill Gates met in high school while attending The Lakeside School in Washington State. Paul was two years older than Bill. Despite their two-year age gap, they became fast friends who got their start programming and hacking, thanks to the access they had to a mainframe system owned by their school. The school infamously bought what it expected would be a year's worth of time on the mainframe, only to find Allen and Gates had used up that time in just three weeks.

Soon, Allen was finding ways to sneak into computer labs and logging in as an administrator. Allen even passed himself off as a graduate student at the University of Washington so he could get in some extra programming time. Eventually, he was caught and banned from the lab. Allen and Gates pressed on however. Their big break came when they saw an article about the Altair 8000 in Popular Electronics Magazine. The computer was small and inexpensive, and was ideal for home computing. The two men got in touch with the computer's manufacturer and offered to design a programming language for the Altair 8000. That language was called BASIC, and it's development opened their eyes to the potential opportunity that existed in creating a programming language. Oh, and yes, they designed it for a computer they not only didn't own, but one they had never even seen before. Incredibly, it was a success and their language worked. 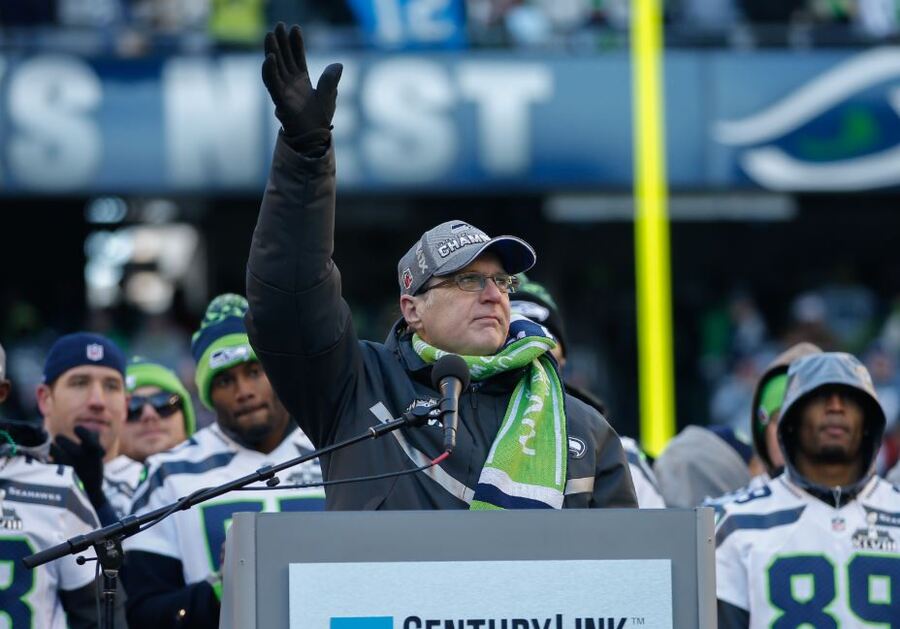 As we all know, over the next 30 years Microsoft ballooned into one of the largest and most valuable companies on the planet.

As of October 2018, the company has a market cap of $825 billion. Allen's exact Microsoft stake today is not known because over time he sold off the vast majority of his shares, to the point where the company no longer needs to report his holdings.

Paul left Microsoft in the mid 1980s after a management dispute with Bill Gates, though he stayed on the company's board of directors until 2000. Even despite his relatively early departure, his enormous wealth allowed Paul to finance an impressively lavish lifestyle. He owned the 14th biggest yacht in the world (featuring two helicopter pads, a submarine, swimming pool, music studio and basketball court), the Portland Trail Blazers of the NBA and the Seattle Seahawks of the NFL.

He owned millions of square feet of commercial real estate. In July 2018 he listed an undeveloped 122-acre plot of land in Beverly Hills for $150 million.

At the time of his death, Paul Allen's real estate portfolio included:

During his lifetime he donated more than $2 billion to charity. He was also a member of The Giving Pledge which indicates around half of his fortune will eventually be given away.

Paul never married and never had any children. It's unclear what will happen to the portion of his non-Giving Pledge fortune. We'll update if we find out.

Rest in peace Paul. You clearly lived an incredible life.