By Amy Lamare on March 9, 2020 in Articles › Billionaire News

Charles Simonyi spent two decades at Microsoft. He developed the Microsoft Office suite of software. He's been to space twice. He left Microsoft to found a startup, which Microsoft bought three years ago. He has a net worth of $1.5 billion and is 71 years old. Simonyi has no plans to retire. In fact, he still goes to work every day and still collects a paycheck from Microsoft. These days, he's building an app called Microsoft Whiteboard, which is essentially a digital version of a whiteboard. At a recent meetup in Seattle, he said that work gives meaning to his existence. As long as he can keep contributing, he will keep going to work. Of course, it helps if you're passionate about what you do for a living, something Simonyi makes clear.

Simonyi was born in Budapest, Hungary in September 1948. While in junior high school in the early 1960s, Simonyi worked as a night watchman part-time in a computer lab. The lab oversaw a large Soviet Ural II mainframe. He took an interest in computing. He learned to program from one of the laboratory's engineers. When he was 17, he left Hungary on a short-term visa and did not return. In 1966, he was hired by A/S Regnecentralen in Denmark to work on the RC 4000 minicomputer. In 1968 he moved to the U.S. to attend the University of California, Berkeley. He graduated with his B.S. in Engineering Mathematics and Statistics in 1972. From there he was recruited to work for Xerox's Palo Alto Research Center on the development of the Xerox Alto, one of the first personal computers. At Xerox, he also worked on the Bravo word processing software. While at PARC he realized a computer revolution was coming and he did not think Xerox was the company that would make the most of it. During this time he was also working on his Ph.D. in computer science at Stanford. He graduated in 1977. 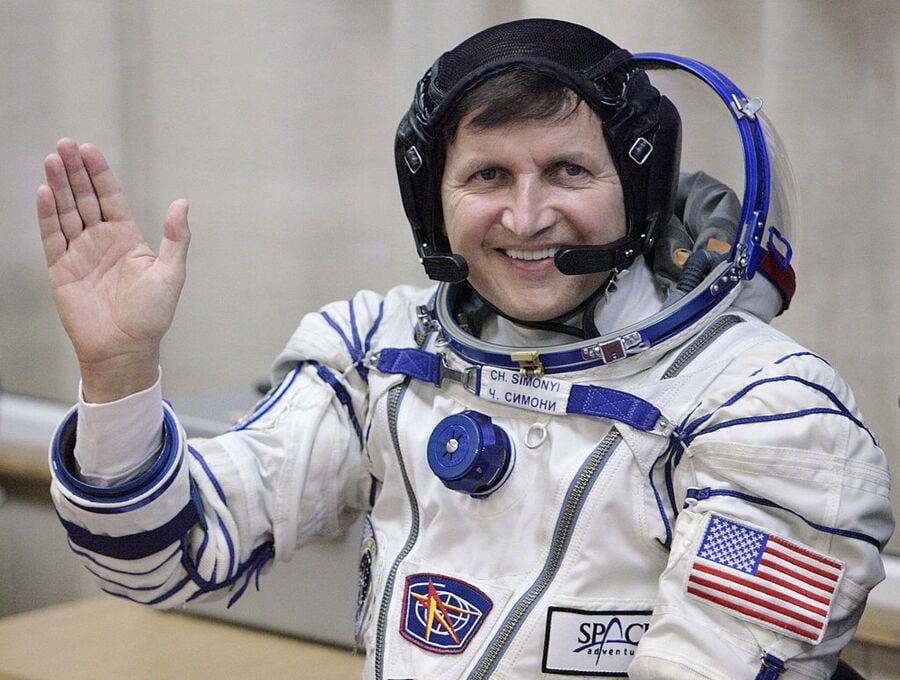 In 1981, a chance meeting with Bill Gates led to a job at Microsoft, where he started and led the applications group, where he built the first versions of Word and Excel. Simonyi spent 21 years working for Microsoft. He left in 2002 to found Intentional Software, which focused on technology that developed productivity applications. In 2017, Microsoft bought Intentional Software, making Simonyi an employee once again.

Simonyi became the fifth space tourist to the International Space Station in 2007 aboard the Soyuz TMA-10. He was the second Hungarian to go to space. He made a second trip, aboard the Soyuz TMA-14 in 2009 to the International Space Station. Simonyi spent over 26 days in space. Google founder Larry Page and Simonyi are behind the Redmond, Washington based asteroid mining company Planetary Resources.

Simonyi holds 11 patents and is an active philanthropist.