By Amy Lamare on June 7, 2018 in Articles › Billionaire News

Michael Jordan is largely considered to be the greatest basketball player to ever play the game, but he never made as much on court in his 15 seasons with the Chicago Bulls and Washington Wizards as he made off court in product endorsements. Over his 15-year NBA career, Jordan earned $93 million and $63.3 million of that was made in his last two seasons in the NBA. Today, he brings home $100 million a year just from his deal with Nike. He has a net worth of $1.65 billion thanks to the Jordan brand and the skyrocketing value of the Charlotte Hornets, which he owns.

Jordan retired 15 years ago. Since then, he has built the most lucrative and successful career of any former athlete. Jordan still makes more money than LeBron James and all other active NBA players.

Jordan bought the NBA's Charlotte Hornets in 2010 for $275 million. The team is now worth more than $1 billion. Jordan owns 90% of the team. 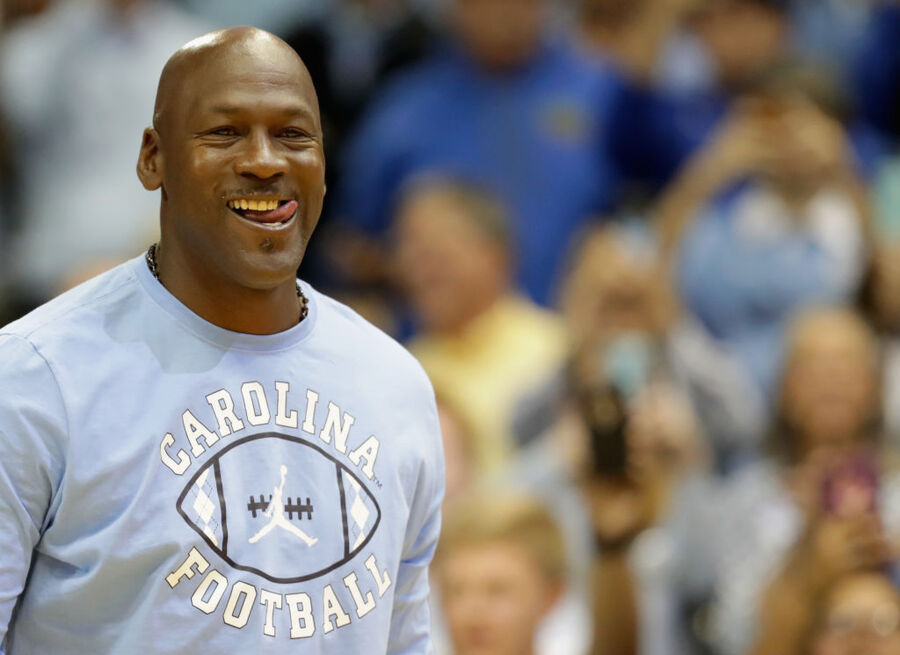 Nike founder Phil Knight signed Jordan to the then fledgling brand for $250,000 a year in 1984. Knight has called this the best decision he's ever made. The Jordan brand brings in more than $3 billion a year in revenue. The Nike-owned Jordan brand accounts for more than 50% of the basketball sneaker market. Nike expects the Jordan brand to bring in $4.5 billion in revenue by 2020. Michael Jordan collects a royalty on every shoe, hoodie, short, etc. sold by Nike. Sales of the Jordan brand for Nike rose 14% last year and has about 30 current NBA players under contract to wear the product on the court, including Chris Paul, Russell Westbrook, Carmelo Anthony, and Blake Griffin. Jordan's sells eight times more shoes than LeBron James—the top active NBA star. No one sells like MJ.

While his Nike royalties bring in the bulk of his annual earnings, it is far from the only check he receives. He has been in a partnership with Gatorade since 1991. Gatorade's famous "Be Like Mike" ad initially ran after the Bulls won their first of six titles. Jordan originally signed a 10-year, $13.5 million deal with the sports drink company that continues to this day. Jordan also maintains deals with Hanes, Upper Deck, 2K Sports, and Five Star Fragrances. He also has a car dealership and seven restaurants that contribute to his income.

An example of how powerful Michael Jordan's name is comes from the example of a lawsuit the NBA legend brought against the grocery store chain Dominick's in 2010. He sued the now out of business chain for unauthorized use of his name in a steak coupon advertisement that the store put out to commemorate MJ's induction into the NBA Hall of Fame in 2009. The trial went to court in August 2015 and the jury found Safeway, Dominick's parent company, liable for $8.9 million. You might be wondering how many people cashed in the $2 coupons? Two people. Jordan's name is that powerful. Jordan donated the award to 23 different Chicago charities in December 2015.

He owns several homes, flies around in his private jet, sails on his mega yacht, and has his own golf course. His private jet is painted Carolina blue and the plane's ID number uses his jersey number 23 and the number of NBA titles he won (6). He spent $12.8 million building a home in Florida and has a $2.8 million house on a lake near Charlotte. His 154-yacht is named Mr. Terrible. And that golf course? He decided to build his own because the pace of play at his country club annoyed him. That golf course will be called the Grove XXIII and will open in 2019. When he travels oversees, he travels with a security team. His codename is Yahweh.