By Amy Lamare on February 21, 2021 in Articles › Billionaire News

Over the weekend, Michael Jordan made his debut in his third pro sport. Well, kind of. He didn't exactly suit up and take the field in a new sport. This past weekend he made his debut as the first black principal owner of a NASCAR team in 50 years. His driver is Bubba Wallace, the only black full-time driver in NASCAR. Jordan is a longtime fan of NASCAR since he grew up in North Carolina where the sport is enormously popular. Growing up he and his dad frequently attended NASCAR races.

Jordan's first official NASCAR outing resulted in a 17th place finish at the Daytona 500 for his driver Bubba Wallace. Wallace led lap 129, becoming the first black driver to lead a lap. Bubba drives the No. 23 Toyota. Bubba lost the lead to Denny Hamlin, the two-time defending champion, who also co-owns 23XI with Jordan. MJ watched the race from a luxury suite.

As you know, Jordan played 15 season in the NBA, leading the Chicago Bulls to 6 NBA championship titles.

He also spent some time in minor league baseball, playing for the Chicago White Sox's minor league team, the Birmingham Barons and the Scottsdale Scorpions.

Jordan is a multi-billionaire thanks mostly to his ownership stake the NBA's Charlotte Hornets.

But that's not the only impressive feat pulled off by Jordan this weekend! 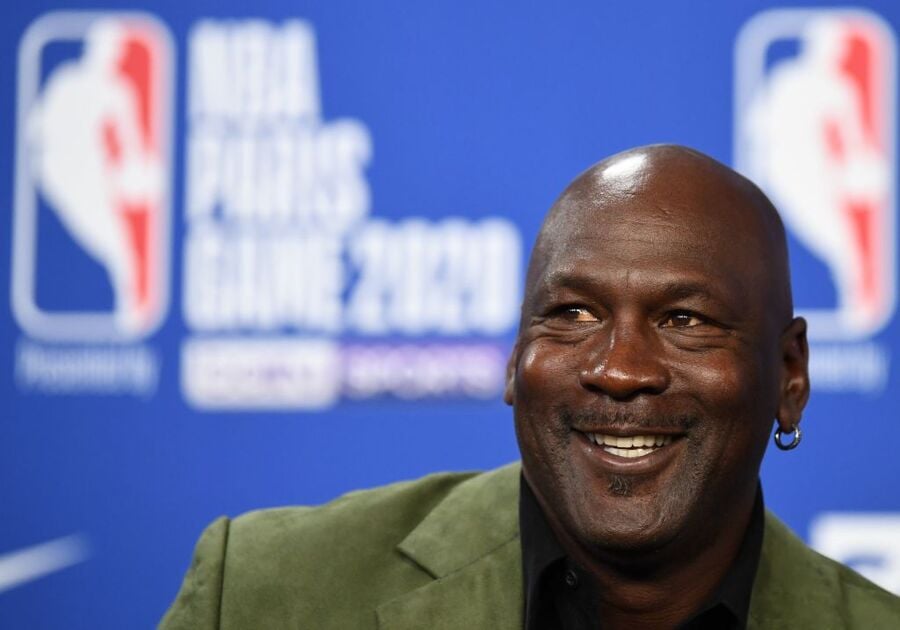 The day after Jordan made his debut as a NASCAR team owner, he donated $10 million to build two healtth clinics for the uninsured and underinsured in his hometown of Wilmington, North Carolina. He once again partnered with Novant Health to expand on the Family Clinic model to bring quality healthcare to residents of Wilmington, whether or not they have insurance.

That brings his total donation in these clinics to $17 million. Jordan donated $7 million in 2019 to open two Novant Health Michael Jordan Family Medical Clinics in Charlotte, North Carolina. The clinics have seen 4,500 patients and administered 1,000 COVID-19 vaccines. The new clinics he just donated $10 million to are scheduled to open in 2022.