By Joseph Gibson on January 4, 2019 in Articles › Billionaire News

When billionaire Michael Bloomberg last ran for reelection as mayor of New York City in 2009, he spent about $100 million of his own money to secure a victory. Now, CNBC reports that Bloomberg is ready, willing, and possibly even eager to spend a minimum of that amount should he decide to enter the 2020 presidential race and attempt to defeat incumbent President Donald Trump.

Howard Wolfson, Bloomberg's chief political advisor, explained the rather obvious reasoning behind this notion in an email:

"Mike spent more than $100 million in his last mayor's race. Last time I looked, NYC is a fraction of the size of the country as a whole."

Bloomberg reportedly dropped $110 million on contributions to various Democratic candidates during the 2018 midterms, so it stands to reason he would be ready to cough up at least that much for his own presidential campaign, if such a thing occurs. If it does, the famously wealthy Bloomberg would have a strong financial advantage over other Democratic front-runners like former VP Joe Biden, and Senators Cory Booker, Elizabeth Warren, and Kamala Harris. 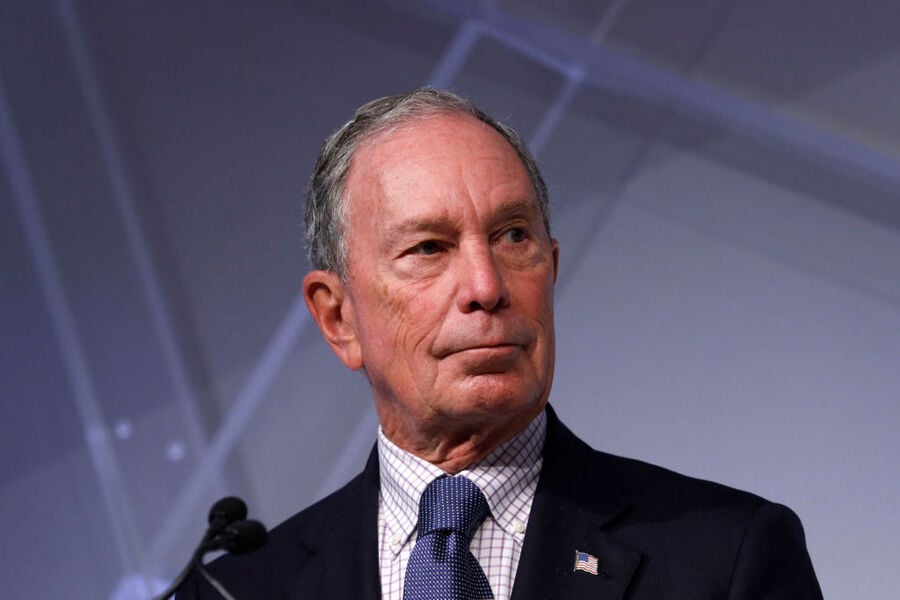 Notably, such a sum would also put Bloomberg ahead of Trump's 2016 campaign, into which he put a reported $66 million of his own money. But it will take more than money for Bloomberg to have a real shot at the White House, because recent opinion polling shows he has quite a bit of ground to make up among self-identified Democrats compared to the slate of competition for 2020:

"In the latest Quinnipiac University poll, Bloomberg had an overall unfavorable rating of 32 percent, and 19 percent of Democrats participating viewed him negatively. However, 44 percent of those who were asked about their perception of Bloomberg said they haven't heard enough to make a decision."

You may recall that Bloomberg also considered a run for president in 2016, but opted to stay out in part for fear of acting as a spoiler in Trump's favor.