By Joshua R. Wood on September 25, 2016 in Articles › Billionaire News

Michael Bloomberg, the former mayor of New York City, recently donated $300 million to the Johns Hopkins Bloomberg School of Public Health. The money will be put to use finding solutions to domestic issues that pose threats to Americans' life expectancies. Specifically, the new initiatives created by this funding will research solutions in the areas of gun violence, obesity, drug addiction, adolescent health, and environmental threats.

In order to advance in all of these areas, Bloomberg's donation will create faculty positions, fellowships, and scholarships, as well as funding additional research. The $300 million donation is the largest ever given to the Bloomberg School of Public Health, and is unique because most donations to health organizations aim to combat global challenges such as HIV and malaria rather than strictly domestic issues.

After this donation, Bloomberg has donated a total of $1.5 billion to his alma mater. 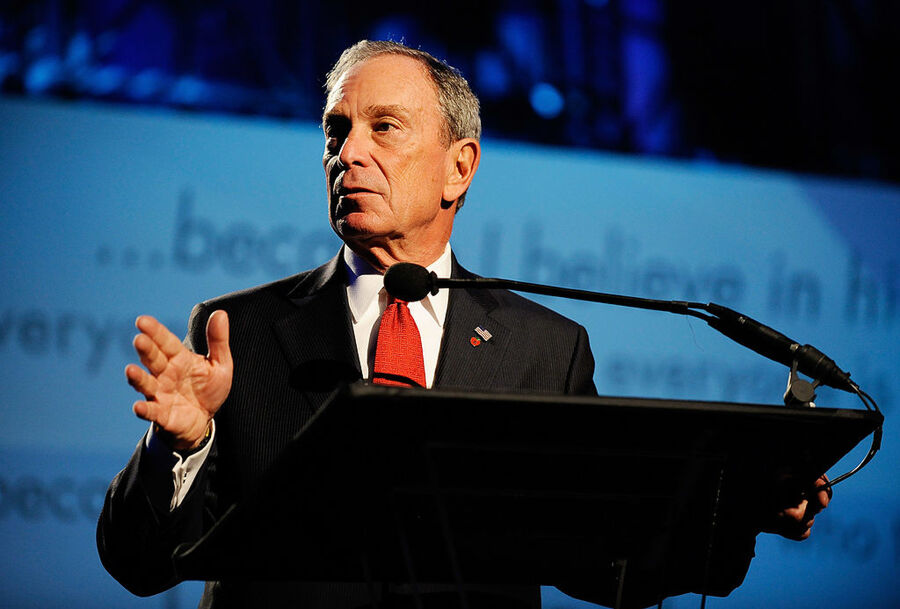 One main goal of the new initiative will be to create a network of communities around the country to research and create solutions together. 50 public health fellowships will be created to provide master's degrees in public health, and the knowledge these fellows gain will be taken back to their home communities. This will help the impact of research developments be as widespread as possible.

"By spreading smart public health strategies that save lives and bringing people together to try new approaches, we can make the same strides in the 21st century against health threats like air pollution, gun violence, and obesity that we did in the 20th century against polio and other infectious diseases," says Bloomberg.

The idea is to create a network that is aware of these issues and works together to find solutions. Each year, there will be a summit for the sharing of research findings and proposals.

Recent instances like the Flint water crisis and the civil unrest in Baltimore provide examples of the type of issues that the school looks to address.

"These are very difficult challenges, so this isn't a project for quick fixes," said former Maryland Health Secretary Joshua M. Sharfstein, a partner of these new programs. "It is a project that will build over time and hopefully result in new understanding and solutions."

Though there have been plenty of recent donations to universities that are in the same ballpark as Bloomberg's $300 million, it's nearly unheard of to see anything like the $1.5 billion that Bloomberg has given to Hopkins over time.

According to Maria DiMento, staff writer for the Chronicle of Philanthropy, "Three hundred million isn't unusual these days. But the $1.5 billion figure Hopkins says is the cumulative amount given to Johns Hopkins since [Bloomberg] graduated, I think that is unusual. I think it's probably rare that one U.S. donor has given that much money to their alma mater."

Regarding the new programs at Hopkins, it certainly all seems like a good idea on paper. This much money used wisely for the research of sustainable solutions ought to have a positive impact on the U.S. for decades to come.