By Amy Lamare on October 15, 2018 in Articles › Billionaire News

Chris Larsen is the co-founder of the cryptocurrency company Ripple Labs. Ripple is the company behind the Ripple blockchain and the digital currency XRP. Larsen has become the first cryptocurrency billionaire to make the list of the 400 richest Americans. He has the unique distinction of being the only person in the U.S. who has accumulated wealth solely through cryptocurrencies. Of course, the volatility of cryptocurrency of late affects Larsen's fortune day-to-day, but it is safe to place his net worth at $2 billion. This puts him in a league with people like Philadelphia Eagles owner Jeffrie Lurie, in terms of total net worth.

Chris Larsen was born in 1960 in San Francisco. He attended San Francisco State University and graduated in 1984 with a degree in international business and accounting. After college, he worked for Chevron doing financial audits in Brazil, Ecuador, and Indonesia. He got his MBA from Stanford in 1991 and went on to become a serial entrepreneur. Larsen founded the online mortgage lender e-Loan in 1997. In 2005, he founded peer-to-peer lender Prosper. Larsen co-founded Ripple with Jed McCaleb in 2012 with the goal of facilitating international payments for banks using blockchain technology. Ripple controls 61 billion of the 100 billion XRP on the market. He has a 17% stake in the company. Ripple has more than 100 customers including Bank of America, Santander, and Mitsubishi Financial. Larsen stepped down from Ripple in 2017 but remains executive chairman. 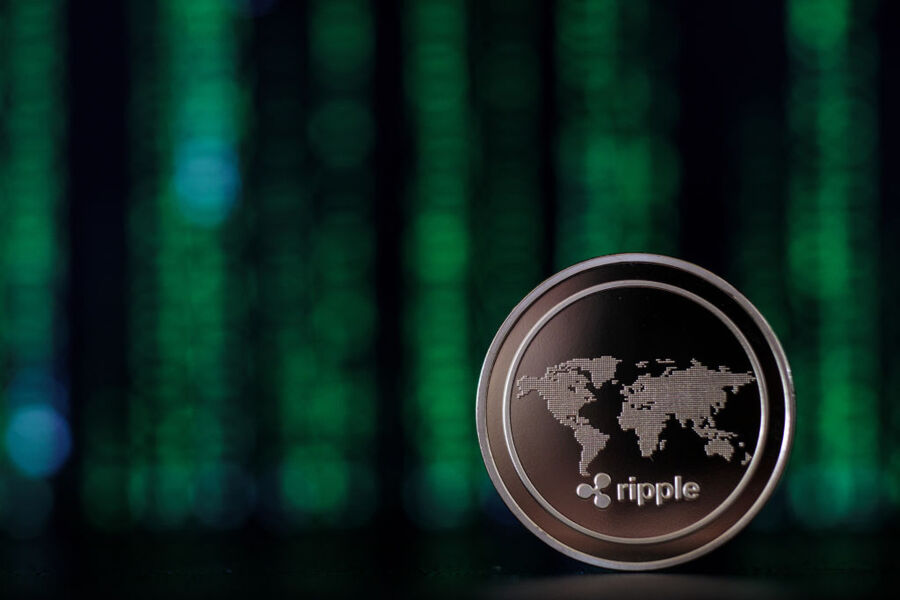 Back in January, Ripple hit an all time high of $3.84, making Larsen's net worth $60 billion. That briefly made him the 7thrichest person in the world. He was richer than Google founders Larry Page and Sergey Brin. He was richer than Michael Bloomberg. On January 4th, the richest people in the world were Jeff Bezos, Bill Gates, Amancio Ortega, Warren Buffett, Mark Zuckerberg, Bernard Arnault, and Chris Larsen. And then the cryptocurrency bloodbath began and Ripple's currency fell 74% from that all time high of $3.84 and took with it $44 billion of Chris Larsen's net worth.

The current value of XRP is $0.48, much lower than it was back in January when it hit its all-time high.

As mentioned, Larsen owns 17% of the company Ripple (which controls 61% of all the digital currency). He also owns an additional 5.19 billion XRP as a personal stake. Larsen's $2.1 billion net worth is not liquid. In fact, it is extremely illiquid. If he tried to sell, say $1 billion of XRP, it would flood the market with coins and tank the value of XRP. Additionally, there would have to be a person out there willing to buy that $1 billion worth of XRP. As a result, Larsen's net worth is a paper net worth—much more so than other technology sector billionaires.