Any way you look at it, $650 million is a lot of money. That's how much Eren and Fatih Ozmen and their Sierra Nevada Corp. spent developing the Dream Chaser – a reusable rocket designed to take astronauts into orbit. Eren Ozman and her husband Fatih own 100% of Sparks, Nevada based Sierra Nevada Corp. The Ozmens put $300 million of their own money into the Dream Chaser. NASA put up the other $350 million. The Dream Chaser's first flight was in October 2013. It was dropped 12,500 feet from a helicopter. It didn't go well. The landing gear malfunctioned, and it skidded off the runway. In 2014, NASA passed on Sierra Nevada's space plane. The multi-billion contracts were awarded to SpaceX and Boeing. This set back did not stop the Ozmens' dream of being a major player in the space race.

Just months after NASA passed on them, Sierra Nevada bid on a cargo project for NASA. The company was awarded that contract. Sierra Nevada will carry food, water, and science experiments to and from the International Space Station. Sierra Nevada is splitting the $14 billion contract with SpaceX and Orbital ATK. The unmanned cargo ship has not been built yet, but it has already been named. It will also be called Dream Chaser.

The Ozmens have a combined net worth of $2.6 billion. They are a part of the growing set of billionaires getting into the space race. They join Elon Musk's SpaceX, Richard Branson's Virgin Galactic, Jeff Bezos' Blue Origin, Larry Page's Planetary Resources, Paul Allen's Stratolaunch and Mark Cuban's Relativity Space in the space quest. 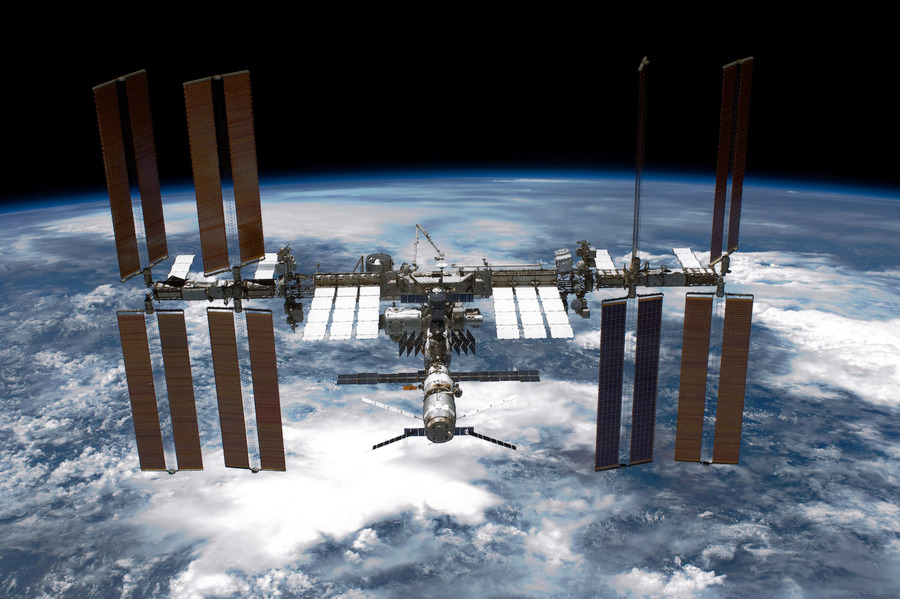 The Ozmens are immigrants from Turkey who came to the U.S. in the early 1980s for graduate school. They acquired Sierra Nevada—the small defense contractor where they both worked, for less the $5 million in 1994. They used their house as collateral. In 1998, Sierra Nevada started an acquisition binge that was financed by the money made from the company's military contracts. Ultimately, the Ozmens bought 19 aerospace and defense firms. Today, Sierra Nevada is the largest female owned government contractor in the U.S. The company had $1.6 billion in sales in 2017. A full 80% of the company's revenue comes from its contracts with the U.S. government. It sells military planes, drones, anti IED devices, and navigation technology to the military.

The Dream Chaser promises to be the only space plan that will be able to land on commercial runways and then fly again to the space station. It will glide gently down to Earth, ensuring that scientific cargo won't be tossed around on reentry.

Sierra Nevada's entry into the space race has been fueled by acquisitions. In December 2008—right in the darkest days of the global financial crisis, Sierra Nevada spent $38 million for SpaceDev, a space startup based in San Diego. The company had just lost a huge NASA contract, its founder had just died of a brain tumor, and its stock was trading for pennies. Sierra Nevada wanted a vehicle from SpaceDev called the Dream Chaser.

Eren Ozman grew up one of four girls to nurse parents in Turkey. She was a voracious reader and an excellent student. Her parents encouraged their girls to focus on their educations. During her undergrad years at Ankara University, she studied journalism and public relations while working full time at a bank. In the little bit of free time she had, she studied English. She met Fatih Ozman in 1980. He was a national cycling champion who had just gotten his degree in electrical engineering from Ankara University. He was heading to the University of Nevada Reno to get his master's degree. In 1981, Eren headed to the U.S. to enroll in an English language program at Berkeley. She and Fatih reconnected. He suggested she apply to UNR's MBA program. Once she arrived on campus the two became best friends. They became roommates. Eren cooked homemade meals in exchange for help from Fatih in her statistics class. They never even considered dating.

Eren graduated from her MBA program in 1985. She got a job at a sprinkler company in Carson City, Nevada as a financial reporting manager. When she started, she discovered the company was still generating financial reports by hand. She knew automating the process with a PC would be much more efficient but her boss denied her the funds to buy a computer. Eren took her first paycheck and bought an HP computer and brought it to work. After she started producing financial reports in hours, she was promoted.

In 1988 Eren was laid off then the sprinkler company was sold. By this time she and Fatih were married. He had been working at Sierra Nevada since 1981. He told his wife that Sierra Nevada was also still doing financial reports by hand. She brought in her computer and automated the systems. In doing so, she realized that Sierra Nevada was on the verge of going out of business. The company had royally screwed up its accounting, basically. The bank would not give them any more money. The company had to stop payroll for three months until the next contract kicked in. That contract came in, but the company's finances weren't any healthier. In 1990, a government audit declared Sierra Nevada bankrupt. Eren was eight and a half months pregnant with her first child. The news sent her into labor. Less than a week later, she was back in the office. Sierra Nevada existed from contract to contract until 1994 when Eren and Fatih Ozman used their house as collateral to buy the company. Eren was tired of working for companies led by engineers. She was sure she and her husband could run the place more efficiently.

Fatih began to focus on acquiring companies that had a high tech product that would complement Sierra Nevada's ambitious space related goals. Of the 19 companies Sierra Nevada have acquired, not a single one of them was for sale.

Sierra Nevada's pricing structure also sets it apart. The company aims to provide 80% of the solution at 20% of the cost and time. This allows the company to compete with bigger, better funded companies for contracts.

In addition to the $300 million it spent on the original Dream Chaser, Sierra Nevada has also spent $200 million more on the cargo version. The company expects to invest another $500 million by the time it is ready to takeoff for the International Space Station. The big payoff will come when the Dream Chaser completes its six missions to the space station between September 2020 and 2024. If it succeeds, Sierra Nevada will take home about $1.8 billion.