By Amy Lamare on September 9, 2020 in Articles › Billionaire News

The stock market has been volatile this year. That's an understatement. It's making billionaires even wealthier. Apple, Facebook, Amazon, Tesla, Google are on absolute hot streaks and day traders are noticing. Traders using the financial services app Robinhood have been cashing in. Since the COVID-19 pandemic has all but shut down our economies, young, bored traders have been using Robinhood to speculate on the stock market. The phone-friendly company was founded by Vladimir Tenev and Baiju Bhatt in 2013. Today, these two men, 33 and 35, respectively are billionaires themselves.

Tenev and Bhatt applied the formula that Facebook made famous – Robinhood is free, simple to use, and very addictive. It's motto appeals to Millennials "democratize finance for all." Stimulus checks have provided an unexpected windfall for Robinhood. More than three million accounts have been started since January, which is a 30% uptick. Revenue is expected to his $700 million this year – up 250% from 2019. What's more, Robinhood ushered in the age of commission-free trading and firms like Fidelity, Merrill Lynch, and Schwab have followed suit. Robinhood's merry band of traders gravitate towards certain stocks Tesla, marijuana brand Cronos, casino operator Penn National Gaming, and Hertz are favorites. 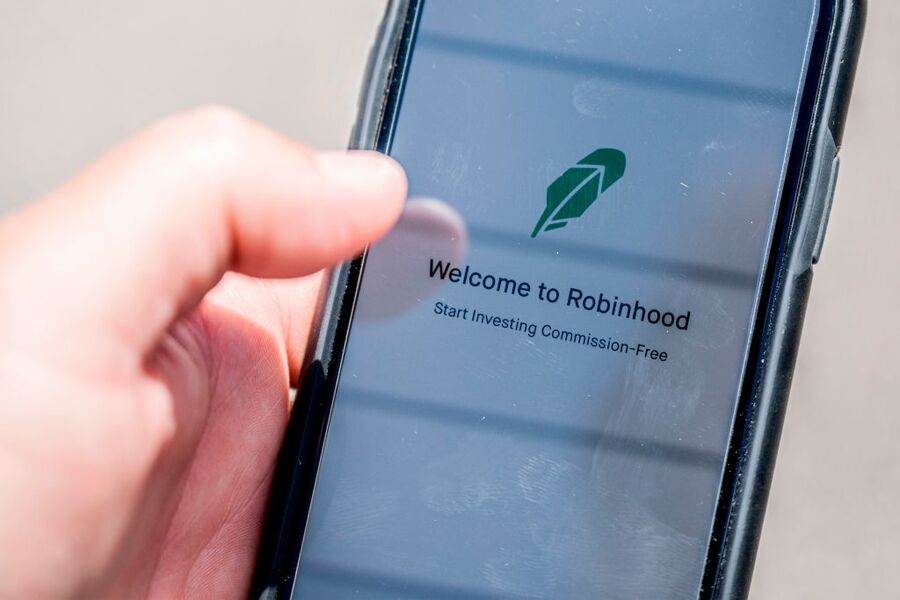 Vladimir Tenev and Baiju Bhatt met in the summer of 2005. They were both undergrads at Stanford. They had a lot in common. They both grew up in Virginia. They were both only children. They were both studying physics. Both sets of their parents were immigrants who came to the U.S. to get their Ph.Ds. Tenev's family comes from Bulgaria. Bhatt's moved to the U.S. from India.

Tenev enrolled in UCLA's Ph.D. program in math but dropped out in 2011 to build software for high-frequency traders with Bhatt. They got the idea for this after the 2010 "Flash Crash," the sudden, almost 1,000 point plunge in the stock market caused by high-speed traders. That event exposed how financial markets had changed from staid and stable to trading pools dominated by a handful of anonymous firms. Tenev and Bhatt were getting an inside look at how those high-frequency traders operate. Remember, this wasn't all that long after the 2008 financial crisis. The 2011 Occupy Wall Street movement led to some soul searching by Tenev and Bhatt and Robinhood was born out of this. It was meant to level the playing field amongst traders. The app's most disruptive features are of course that the app takes no commissions and doesn't require minimum balances.

Robinhood launched in 2013 and used the tried and true allure of exclusivity to attract users. Soon they had a waiting list 50,000 strong. Then, they told people on the waiting list they could move up the list if they referred friends. When they launched on Apple's App Store in 2014, Robinhood had a waiting list of 1 million users. All without spending anything on marketing.

Millennial customers were downloading Robinhood like crazy. By the fall of 2019, the app had raised almost $1 billion in funding, had a $7.6 billion valuation, six million users, and 500 employees. Tenev and Bhatt both own roughly 10% stakes. They were officially rich. Then, in September 2019, E-Trad, Schwab, and TD Ameritrade cut their commissions to $0. Not long after Merrill Lynch and Wells Fargo did as well. Tenev and Bhatt, two millennials, had done something no other person or firm had been able to do before – they had brought the big firms to their knees.

Millions continue to flock to the app. During the COVID-19 pandemic, Robinhood has raised $800 million and now has an $11.2 billion valuation making Tenev and Bhatt billionaires.

But, the million (or $11.2 billion) dollar question is: If Robinhood doesn't charge commissions, just how is it making money? Well, much like the larger brokerage firms they set out to disrupt, Robinhood makes money behind the scenes by selling the data about their trades to large firms like Two Sigma Securities and Citadel Securities.