By Amy Lamare on November 7, 2020 in Articles › Billionaire News

Do you ever think about where your food comes from? Like, where do McDonald's and Burger King get all their beef and chicken? Well, look no further, as it turns out a company called OSI is behind all those Big Macs across the globe. OSI is one of the largest private companies in the U.S. and it is one of McDonald's largest and oldest meat suppliers. OSI has been producing Big Macs and McChickens for McDonald's for more than 50 years.

OSI is owned by 88-year-old billionaire Sheldon Lavin. He owns the majority of the $6.3 billion company. Lavin, who is worth $3 billion, tends to be secretive and shies away from any press. His company supplies food for Oscar Mayer and Whole Foods. He supplied the Impossible Whoppers for Burger King. He supplies 45 million pounds of steak, salsa, barbacoa, beans, and carnitas for Chipotle. OSI makes Starbucks' breakfast sandwiches. 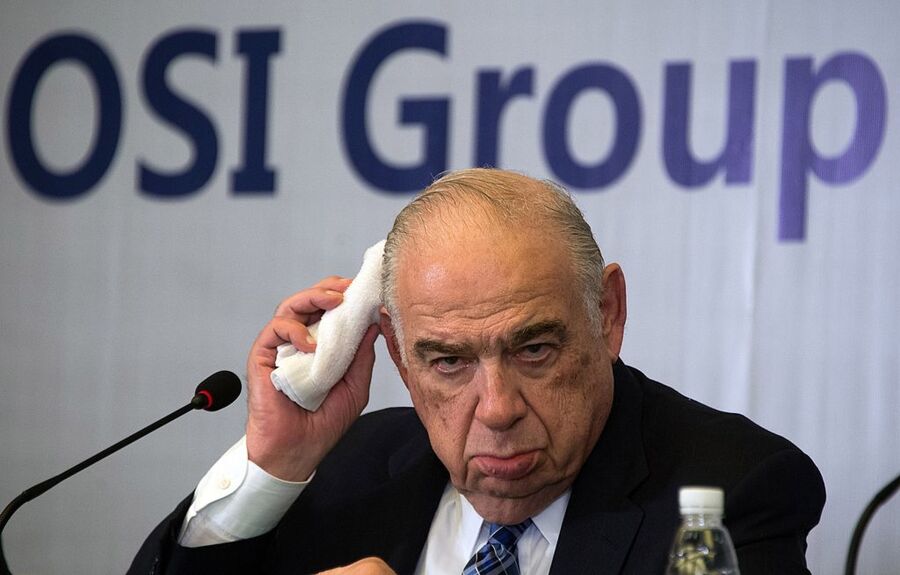 OSI started in 1909 as a butcher shop called Otto and Sons in the suburbs of Chicago run by a German immigrant. In 1955, Otto's sons made a deal with McDonald's Ray Kroc. Kroc had just opened his first McDonald's and Otto and Sons became the new restaurant's first hamburger meat supplier. As McDonald's expanded, so did the number of meat suppliers it used. Then, in the late 1960s when flash freezing debuted, McDonald's was able to cut down from 150 meat suppliers to just five. Otto and Sons got one of those five slots.

Otto and Sons needed money to open its first industrial-sized meat processing facility with freezing capabilities. So in 1970, Otto and Sons brought in then-38-year-old Sheldon Lavin, a banker, to help them figure out how to finance things. The loan officer suggested Lavin should have a stake in the firm in exchange for all his work securing the financing for Otto and Sons. Lavin declined at the time. But 10 years later when Otto retired, Lavin became a partner with one-third stake. Otto and Sons changed its name to OSI.

Ten years later, one of Otto's sons sold his stake and Lavin bought him out. By the 1980s, he had bought the other son out, too. He was determined to build OSI into something big. Lavin was the one to suggest that McDonald's allow OSI to supply the meat for their foreign franchises. Lavin opened plants in Germany, Spain, Latin America, and Eastern Europe.

In the early 1990s, OSI began to add other customers. By 2000, 15% of its sales ($650 million) came from KFC, Pizza Hut, and several pre-packaged food companies. Everything was going great and then in 2014, it all almost came crashing down. OSI had just built its 10th plant in China, which cost $750 million. Then a report on Chinese TV surfaced showing OSI workers changing expired beef sell-by dates. Chinese food safety officials closed the plant, arrested several OSI executives, and launched an investigation into the company. McDonald's suspended OSI as did Yum, the parent company of KFC and Pizza Hut. OSI's sales plummeted for four years straight. The investigation lasted almost two years. It all finally came to an end in 2016 when OSI was fined $365,000 and 10 of the company's executives were sentenced to prison.

OSI made a deal in 2019 to make Impossible Foods' plant-based Whoppers. That helped Lavin turn things around. That deal alone drove revenues up to $200 million.

The pandemic hit just as OSI was rebounding from the China debacle. Global sales at McDonald's are down more than 20%. One of OSI's Chicago-area plants had 30 of 500 workers test positive for Covid-19.

Lavin has three adult children. None of them work at OSI. At 88, he has no plans to retire. In fact, OSI executives told the meat trade magazine "National Provisions" that they expect him to die before he retires.