By Amy Lamare on October 27, 2018 in Articles › Billionaire News

Hamad bin Hamdan Al Nahyan is knowns as the Rainbow Sheikh, but it isn't because he's a big supporter of LGBTQA rights. Nope. It is because he has an epic car collection which includes seven Mercedes S-Class vehicles in different colors. He is a member of the ruling family of the UAE and based in Abu Dhabi. Hamad is well known for his spending habits—particularly how eccentric they are. He has spent years putting together a collection of rare automobiles which include several vintage Mini Coopers, a replica of an 1885 Benz Patent Motorwagen—which is largely believed to be the first car ever made—and the only SUV that Lamborghini has made.

Hamad also likes his cars a bit bigger. He built the largest truck in the world. It is a version of the Dodge Power Wagon that is 64 times larger than the original version and has a whole apartment inside of it. His Mercedes W128—or rather the shell of it—was spotted sitting on monster truck wheels outside of the Emirates National Auto Museum in Abu Dhabi—which is home to many of the Rainbow Sheikh's vehicles. 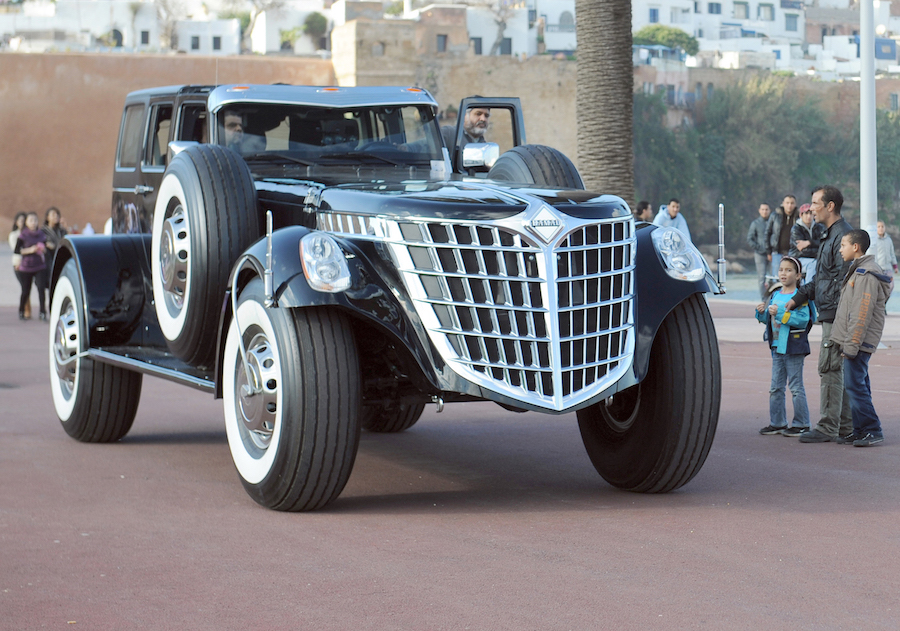 Wheels magazine in the UAE recently featured Hamad with three off roading vehicles that were customized in his own workshop. He took those three vehicles to the Gulf News Fun Drive—an event at which people show off their cars in the middle of the desert. Hamad's Instagram feed is also full of his cars and creations.

Hamad tries to stay out of the limelight, despite his rather outsized hobbies. He has a personal fortune of about $20 billion, which rivals the Saudi King's own net worth. Hamad lives in a literal castle. His fortune comes from his family's control over oil deposits in Abu Dhabi. That oil makes up about 95% of the oil in the entire United Arab Emirates.

Hamad also spent about $22 million to have his name carved on a private island in letters that from top to bottom were more than 3,280 feet. The letters are so large, HAMAD stretches two miles long from the H to the D and can be seen from space. This was done on Al Futaisi island. The letters were carved from a winding series of waterways so that they would not be erased by the ocean. A few years later, however, Hamad had his name erased. It remains unclear why Sheikh Hamad embarked on the strange project in the first place and it is just as unclear why his name was erased.