The Billionaire Developer Who Changed The Way Southern Californians Shop

The enormous indoor shopping centers of the 1960s, '70s and '80s are dinosaurs in today's world. Since 2010, 24 indoor shopping malls have closed in the United States. Another 75 are on the verge of closure and dozens sit empty and decaying from coast to coast. The simple fact is, the Internet and e-commerce have taken the place of the traditional mall. In Southern California, where the weather is good 365 days a year, the mall concept has evolved to an outdoor entertainment destination that is equal parts Rodeo Drive and Disneyland. The man behind this movement is billionaire real estate developer Rick Caruso. The shopping centers Caruso builds are mixed-use, open-air shopping centers that recall an idyllic town square.

The 57-year-old is best known for the shopping and entertainment center, The Grove, which has an electric trolley that traverses the length of the mall, cobbled walkways, and a fountain made by the same people who made the Bellagio's famous fountains in Las Vegas. And yes, The Grove's fountain also has dancing water. During the Christmas season, it snows nightly in the mall. The Grove has a dubious reputation with Angelinos who love to hate it, but it doesn't keep them away from the mid-city shopping center. The 14-year-old mall has 49,000 visitors every day. For perspective, that means the mall gets more daily visitors than Disneyland!

The Grove is one of the most lucrative malls in the U.S. based on sales per square foot. Caruso also developed The Americana at Brand in Glendale, California. This suburban Los Angeles shopping center opened in 2008 and also has a fountain with dancing waters and a trolley. 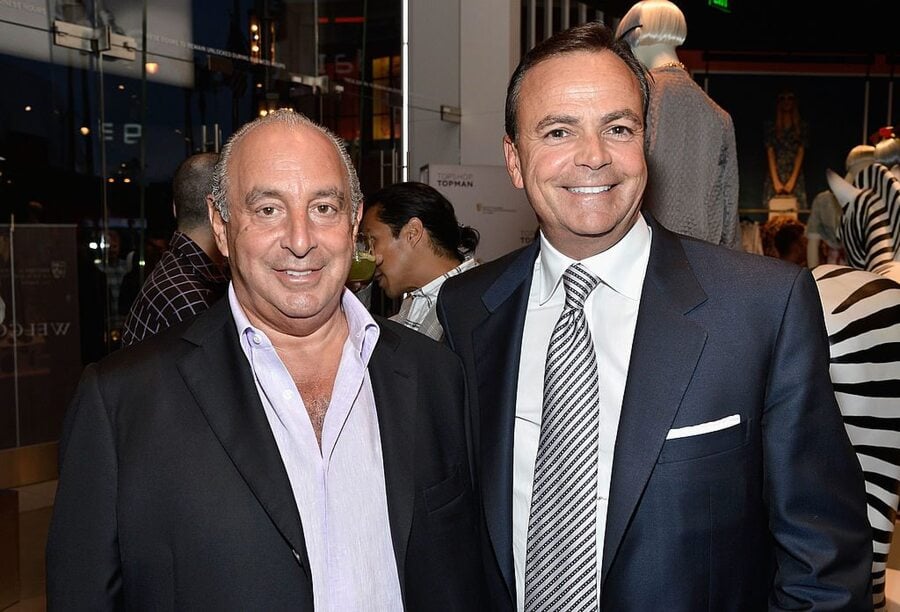 Rick Caruso was born in Los Angeles in 1958. His father is Henry Caruso, the founder of  Dollar Rent A Car.  Rick graduated from the University of Southern California in 1980 and Pepperdine University's Law School in 1983. After law school, Caruso got a job as a real estate attorney with the large real estate firm Finley Kumble. However, Caruso found that the law wasn't for him, so he went out and bought a duplex in the Los Angeles neighborhood of Westwood and worked on renovating it on the weekends. Caruso made the decision to turn his weekend hobby into a career, and he founded his real estate firm, Caruso Affiliated, in 1987. His timing was impeccable. Finley Kumble went out of business shortly thereafter.

From the beginning, Caruso's shopping centers featured an open air setting with beautiful lawns, piped in music, and wide sidewalks. The open air setting and Southern California locations also gave his shopping centers plenty of sunlight. He put restaurants and movie theatres in his retail centers – a move that many in the industry predicted would be an enormous failure. Those two things were not typically big money-makers for retail centers. Caruso proved his naysayers wrong. What other developers thought was not worth their time, is actually what now draws droves of people to Caruso's malls, day after day. No one else was building the kind of atmosphere into their retail centers as was Caruso.

Rick Caruso today remains CEO and sole shareholder of privately held Caruso Affiliated. He does not have any business partners or outside investors. He owns about a dozen malls in Southern California, which bring in tens of millions of shoppers every year. Currently, Caruso is in the process of bringing his shopping mall aesthetic to downtown Pacific Palisades. This newest project is due to be completed in 2017. Caruso Affiliated also plans to break ground this year on a five-star hotel on the beach near Santa Barbara, called the Rosewood Miramar Beach Montecito.

Over the years, Caruso has had his detractors. The Hollywood Reporter has called him the "Walt Disney of shopping." He has a reputation for being involved with every single minute detail of his projects, right down to the stones used for his ubiquitous cobblestone walkways. Neighborhood specialists and other real estate professionals have accused Caruso's malls of being exclusionary, of wrapping its visitors in a manufactured idyllic scene, rather than integrating itself with the neighborhood in which it is located.

Caruso's ambitions are not just in building shopping malls. He's got political ambitions as well. In 1985, then-Los Angeles Mayor, Tom Bradley, appointed 25-year-old Rick Caruso as the youngest-ever commissioner to the Los Angeles Department of Water and Power. In 2001, then-LA Mayor, James Hahn, appointed Caruso to the Board of Police Commissioners, where he eventually became president. Caruso is rumored to be interested in a run for Mayor of Los Angeles, but the Republican has yet to mount a campaign.

Rick Caruso has been married to his wife Tina, a former model, for 30 years. The couple has 4 children. Caruso owns enormous estates in Malibu, Brentwood, and Newport Beach, California. He has a 216-foot yacht and a Gulfstream G550 jet. Rick Caruso has a net worth of $3 billion.