By Amy Lamare on November 22, 2020 in Articles › Billionaire News

Dolly Parton may be some of the money behind the Moderna vaccine, but the Pfizer/BioNTech vaccine has a pretty good backstory, too. The German firm that has paired up with Pfizer to develop the Covid-19 vaccine is run by a scientist and an immunologist who happen to be a billionaire married couple! Stocks soared last week when Pfizer revealed that its Covid-19 vaccine proved to be up to 90% effective. Ugur Sahin, the 55-year-old CEO of BioNTech, said he expects the vaccine he developed with his wife Ozelem Tureci, who is an immunologist, to "bash the virus over the head" and lead to the end of the pandemic. Why is he so confident? He and his wife have been working with the technology, RNA, in the Covid-19 vaccine for years.

In 2018, Sahin gave an address at a conference in Berlin. He made a prediction: his company was working with so-called messenger RNA technology that would allow him to develop vaccines quickly in the event of a global pandemic. At the time, Sahin and his company, BioNTech, weren't all that well known outside the small world of biotech startups in Europe. Sahin founded BioNTech with his wife, Dr. Ozelm Tureci. The company is primarily focused on cancer treatments. 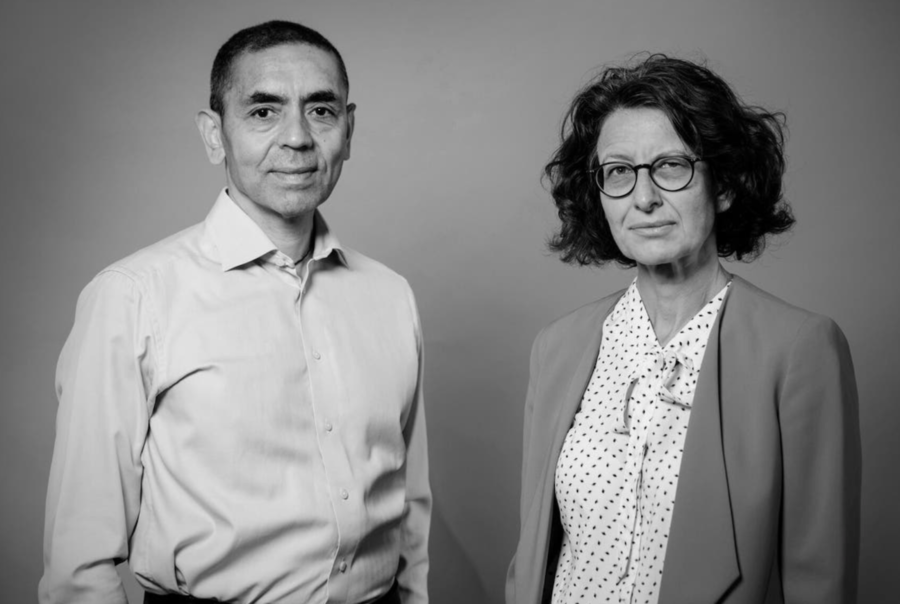 BioNTech began working on the vaccine in January after Sahin read an article that convinced him the coronavirus that was spreading quickly in China, would become a full-blown global pandemic. The scientists at the Mainz, Germany based company got to work on what they called Project Lightspeed. BioNTech realized it would need a larger company to help rapidly test its vaccine so it teamed up with Pfizer, who was already working with Sahin's company on a flu vaccine.

Sahin was born in Turkey. His family moved to Cologne, Germany when he was 4. His parents worked in a Ford factory. He wanted to be a doctor and became one at the University of Cologne. In 1993, he got his Ph.D. for his work on immunotherapy in tumor cells. He and Dr. Tureci met early in their careers.  She grew up wanting to become a nun but ended up going into medicine. Today she is 53 and the chief medical officer of BioNTech. She was born in Germany. Her father was a Turkish doctor from Istanbul. On Sahin and Tureci's wedding day, they went back to the lab after the ceremony to work. They founded Ganymed Pharmaceuticals in 2001. The couple developed drugs to treat cancer. Several years later, they also founded BioNTech to explore a wider range of technologies, including messenger RNA, to treat cancer.

Sahin and Tureci sold Ganymed for $1.4 billion in 2016. In 2019, BioNTech went public. In the last few months, the value of the company has passed $21 billion. This makes Sahin and Tureci two of the richest people in Germany. The company has raised hundreds of millions and has more than 1,800 people on staff in offices in Berlin, Cambridge, Massachusetts, and other cities in Germany. In 2019, the Bill and Melinda Gates Foundation invested $55 million in BioNTech to fund its treatments for H.I.V. and tuberculosis. That same year, Sahin won the Mustafa Prize, the biennial Iranian award for Muslims in science and technology.

Sahin and Tureci live in a modest apartment near the BioNTech offices. They have a teenage daughter. They don't have a car. Instead, they ride their bicycles to work. When they learned of the success of their Covid-19 vaccine's testing they celebrated by brewing a pot of Turkish tea at home.

Sahin gave an interview recently in which he said he is confident the vaccine will work because it attacks the virus on several levels. "The vaccine hinders COVID-19 from gaining access to our cells. But even if the virus manages to find a way in, then the T-cells bash it over the head and eliminate it. We have trained the immune system very well to perfect these two defensive moves. We now know that the virus can't defend itself against these mechanisms," he said.