By Amy Lamare on October 11, 2018 in Articles › Billionaire News

There's a new list of the richest Americans out, and it's a doozy. For one thing, the poorest person on the list is worth $2.1 billion. Last year, the poorest was worth $100 million. There are 15 new people who have made the list of the wealthiest Americans, for the first time ever. All but three of those 15 are self-made. They built their massive net worths in e-commerce, transportation, hearing aids and, for the first time ever, cryptocurrencies. There are three women who've made the list for the first time including In-N-Out's Lynsi Snyder. Two of those three women inherited their fortunes.

The wealthiest newcomer is an ex-con. Ernest Garcia II pled guilty in 1990 to a bank fraud charge. He played a small role in the Charles Keating/Lincoln Savings and Loan scandal. Garcia went on to rebuild his life in used car sales and subprime auto loans. He owns and operates DriveTime Automotive, which is the fourth-largest used car dealer in the U.S. However, most of his wealth is thanks to the majority stakes he owns in Carvana, a company started by his son Ernest Garcia III. Carvana is being promoted as the "Amazon of cars." The Phoenix-based technology company buys and sells used cars. Customers use the website to find used cars, get financing, and arrange for delivery of their used car. Carvana also has eight glass tower "vending machines" that are eight stories tall in cities across the U.S. where customers can view and pick up their used car purchases.

Another newcomer is Chris Larsen, the first cryptocurrency billionaire to make the list of richest Americans. He co-founded Ripple. David Steward also made the list. He is the majority owner of IT company World Wide Technology, which he co-founded in 1990. His company sells hardware and software to companies including Citi, Verizon, and the federal government. Wayfair founders Niraj Shah and Steve Conine also made the list as did Dropbox founder Drew Houston. 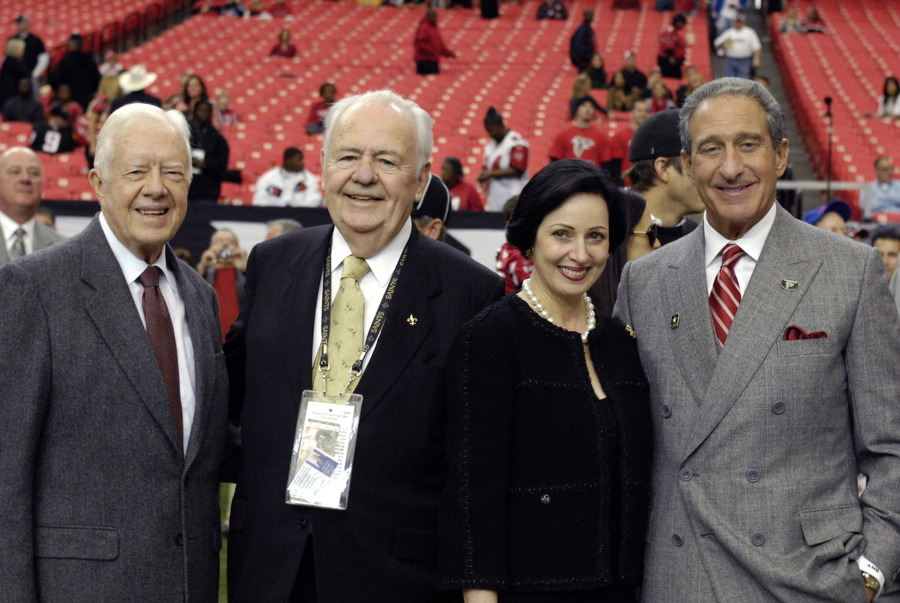 Here are the 15 new members of the richest American list: