When the Washington Nationals won the World Series last year, it was the realization of a dream team owner Ted Lerner had had for decades. As you may remember, but we will recap anyway because 2020 is robbing many of us of brain cells, the Nationals lost three games at home before winning on the road to capture the title in Game 7. Washington D.C. had not had a World Series title since the Senators won in 1924, the year before Lerner was born. Lerner and his family have owned the Nationals since 2006. Lerner, a real estate developer, was chosen out of eight interested parties to own the Nationals. He bought the team for $450 million. But who is he and how, exactly, did he come to amass his $5.5 billion net worth?

Ted Lerner was born on October 15, 1925 in Washington D.C. He was raised in Northwest Washington D.C. in an Orthodox Jewish family. He's the youngest of three children. His father Mayer emigrated to the U.S. from Palestine. His mother Ethel emigrated to the U.S. from Lithuania. Lerner graduated from Roosevelt High School in D.C. in 1944. He entered the Army and was a typist during the later years of World War II. Lerner then attended George Washington University on the G.I. Bill. He graduated with an Associate of Arts degree and then went on to The George Washington University School of Law. He worked his way through law school by selling homes on the weekends to support his widowed mother and siblings. Soon, Lerner found he was more interested in real estate than law. He graduated from law school in 1949. He married Annette Lerner on June 17, 1951. 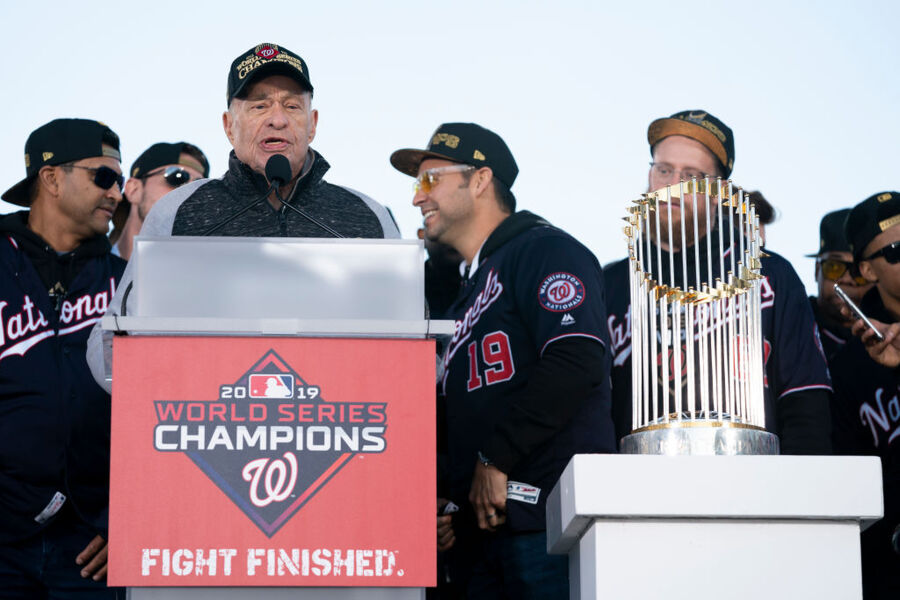 After a few years in the legal field he realized it wasn't for him. Lerner borrowed $250 from his wife Annette in 1952 and founded Lerner Enterprises, a real estate company based out of Rockville, Maryland. Lerner sold 22,000 homes in a short period of time and decided to get into real estate development. Lerner Enterprises developed Wheaton Plaza, one of the first malls in the D.C. area. The company is involved in the high end sports and entertainment complex Chelsea Piers on the Hudson River in New York City, the Tysons II commercial development, a number of malls and shopping centers, as well as office buildings and thousands of homes and apartments. Lerner was also involved in developing malls in the Washington D.C. area including Tysons Corner. The Lerners are one of the largest owners of real estate in the region. In a 2003 article in the Washingtonian magazine, they surmised that by the end of the 1980s, pretty much every adult in D.C. had likely lived, worked, or shopped in a building developed by Ted Lerner.

Lerner will be 95 in October. He and his wife Annette have three children, Mark, Debra, and Marla. The couple has nine grandchildren and six great grandchildren. The Lerner family are the sole owners and heirs of Lerner Enterprises. The family are active philanthropists. His daughter Marla is also chair of The Annette M. and Theodore N. Lerner Family Foundation. The foundation donated to Food and Friends, The Hebrew University of Jerusalem, Charles E Smith Jewish Day School, and the Jewish Community Center of Greater Washington, among many others. Ted and Annette Lerner are also founding members of the United State Holocaust Museum in Washington D.C.

Post World Series win, The Washington Nationals have a valuation of $1.9 billion.