TikTok better watch its back. There's another app that's gaining in popularity even faster than TikTok was a year ago. Kuaishou is a video-sharing app out of China that currently has 300 million daily active users. The company made its IPO on the Hong Kong Stock Exchange in February. For a time the company's market cap topped $159 billion.

Kuaishou's co-founder and CEO, Su Hua became a multi-billionaire overnight thanks to the IPO. Today his net worth is $13 billion. That's down from a post-IPO high of $19 billion.

The 10-year-old company was founded as a GIF sharing app by Cheng Yixiao and Yang Yuanxi. When they met Hua, they converted it into a video-sharing platform and the rest is history. 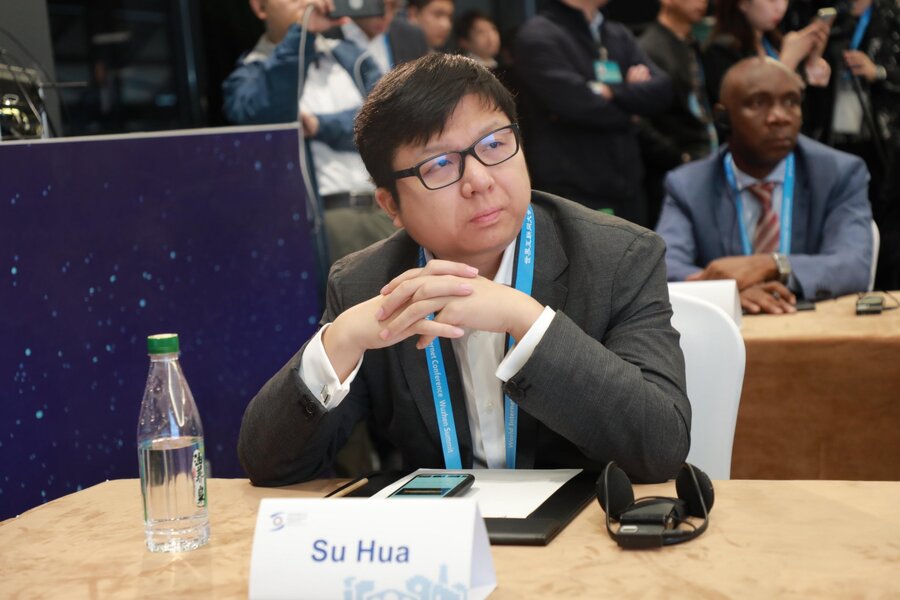 Su Hua was born in 1982 in China's Hunan province. He learned to code when he was 12. His passion for programming grew during his teen years and he enrolled in Tsinghua University in Beijing, which is basically the Harvard of Asia. He studied software for the better part of a decade, earning his bachelor's, master's, and nearly obtaining a doctorate.

During his Ph.D. studies, he became aware of the rising home prices in Beijing and decided it was wiser to drop out and make some money. Thanks to his stellar academic background, Hua secured a job with Google in the United States. He spent two and a half years at Google. From there he tried to start an online video advertising firm but had to abandon that project when funding was impossible to get during the 2008 global financial crisis.

He tried another 32 business ideas and struck out with all of them, so he went back to being a software developer at Baidu. He spent two years at Baidu then quit to develop search function technology, which he sold to Alibaba. The e-commerce giant offered him a job, but he decided to stick to pursuing his own startup dreams.

During the summer of 2013, Hua met Cheng Yixiao. Cheng Yixiao created a GIF-making app with Yang Yuanxi called Kuaishou. They hit it off and Hua was hired as CEO.

Su Hua worked to streamline the app's interface and functions as well as transitioning it fully into a short video sharing platform. At first, the changes were not embraced by the app's users. At one point 90% of the app's original users abandoned Kuaishou.

Hua wasn't worried. He had a plan.

He was shifting the app's focus from celebrities and influencers to regular people — opening it up to a much wider audience. Hua's strategy worked and Kuaishou became one of the most downloaded apps on Apple's App Store and Google Play.

Today, Kuaishou has more than 300 million daily active users with rural Chinese users spending more than 85 minutes a day on the app.

What Kuaishou does is simple – it stores the videos made by users and shows them to other users through recommendation algorithms. Kuaishou is different from other video platforms because it focuses on giving everyone an opportunity to shine rather than highlighting single, more popular users. Outside of China, the app is known as Kwai.

Still quite a ways to go from Mark Zuckerberg's $127 billion net worth, which ranks him at #4 in the world, but a respectable amount no-doubt.