By Joseph Gibson on July 30, 2019 in Articles › Billionaire News

When it comes time to figure out who is currently the richest person in China, there are only two names that are usually in contention. One is Alibaba founder Jack Ma, who is fairly well known in the States, and the other is Ma Huateng, better known as "Pony Ma" (no relation), the founder and CEO of a Chinese conglomerate.

Tencent may ring familiar to anyone who's aware of the recent controversy surrounding Chinese financing of the upcoming Top Gun sequel, which is backed in part by Tencent, but the company's main claim to fame is its ownership of the hugely popular WeChat app. Both Jack Ma and Pony Ma are effectively neck-and-neck in the Chinese wealth rankings, and as of this writing, Huateng has the edge with a net worth of $42 billion against Jack's $39 billion. But the two are generally overtaking each other, all the time.

Pony Ma is 47 years old, and his nickname "Pony" is one of a plethora of horse references found in the man's life and work in China. Ma's own surname is also a horse reference in its original language, and the Chinese name of Tencent is "teng xun," which, according to a press release, is a reference to the way messages were transmitted by horse and rider in the ancient days before the internet or any other mass communication. 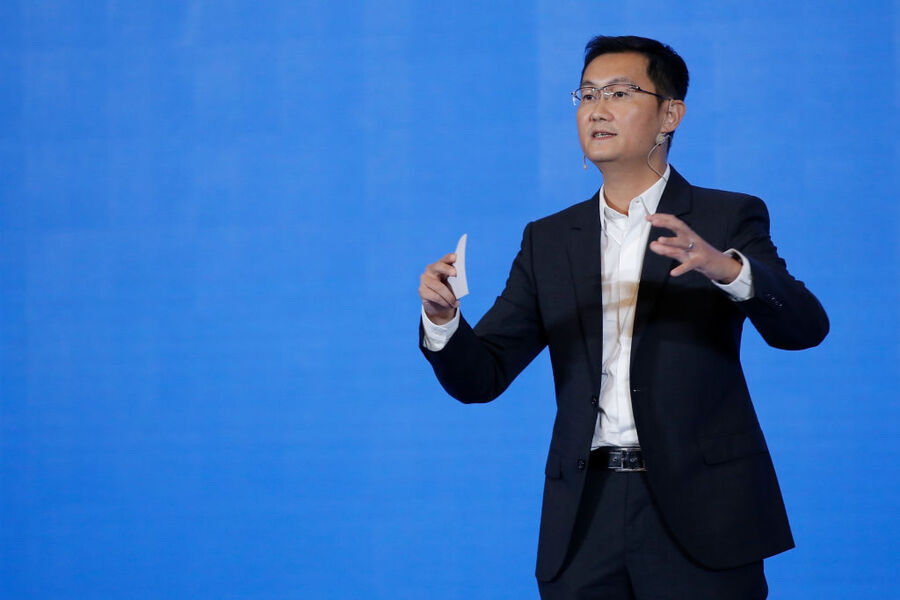 Tencent is a massively successful company now, but when Ma started it back in 1998 (when he was just 26), its first product was not exactly a bastion of innovation. Instead, per a recent Business Insider profile, it was a "knockoff" of the then-popular Israeli messenger app ICQ. Products like that continued to contribute to Tencent's reputation in China as a replicator of other company's successes, until Ma decided to try and shed this reputation through some "institutional self-reflection" in 2011.

The result was WeChat, and thanks to its innovative features (said to be comparable to something like WhatsApp, Google News, Uber, and a few other popular apps here in the States) it's exploded to one of the most popular online services in the world, with around 1.1 billion regular users.

If you've ever found it harder than expected to go about your life without Facebook, you understand how WeChat has managed to insinuate itself into so much of daily life in China. In fact, Mark Zuckerberg himself has cited WeChat as an inspiration for what he hopes to achieve with Facebook on multiple occasions.

As a business executive, Pony Ma's leadership style can be as unusual as his nickname. Back in 2016, he reportedly sent all of his top executives on an exhausting trek through the Gobi Desert for a company retreat. The 2-day, 26-km hike was supposed to reflect the "culture of the company." Apparently, techniques like this are paying off, not just financially but in the view of his employees, who have expressed satisfaction and admiration for Pony's leadership and his personality as CEO.